Jenson Button’s pregnant fiancée Brittny Ward, 29, reveals the F1 driver, 39, broke down in tears when he found out they were expecting a baby

By Lily Waddell For Mailonline

Jenson Button’s pregnant fiancée Brittny Ward shared the F1 driver cried when he found out they were expecting a baby.

The model, who is thought to be around eight months pregnant, presented her fiancé with the positive pregnancy test.

As she posed for the glamorous cover of Hello! magazine, the mum-to-be revealed her lover’s tearful response was ‘special’ to her as she gushed about their close bond.

‘It was so special’: Jenson Button’s pregnant fiancée Brittny Ward revealed the F1 driver broke down in tears when he found out they were expecting a baby

She told the publication: ‘Jenson was away when I found out, and I wanted to tell him face-to face so I waited until he returned home.

‘It was so hard to not say anything on the phone but I thought it was more special to do it in person. I gave him a little gift box with the test in it and he started crying.

‘It was a very sweet moment. It was exactly what you would want the father of your future child to do.’

To accompany her interview, the model posed up a storm for a chic photo shoot where she cradled her blossoming baby bump with one hand. 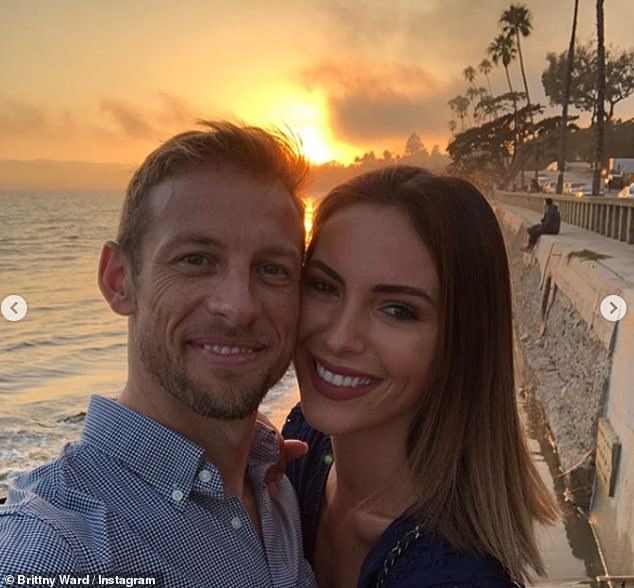 Sweet moment: The model, who is thought to be around eight months pregnant, presented her fiancé with the positive pregnancy test 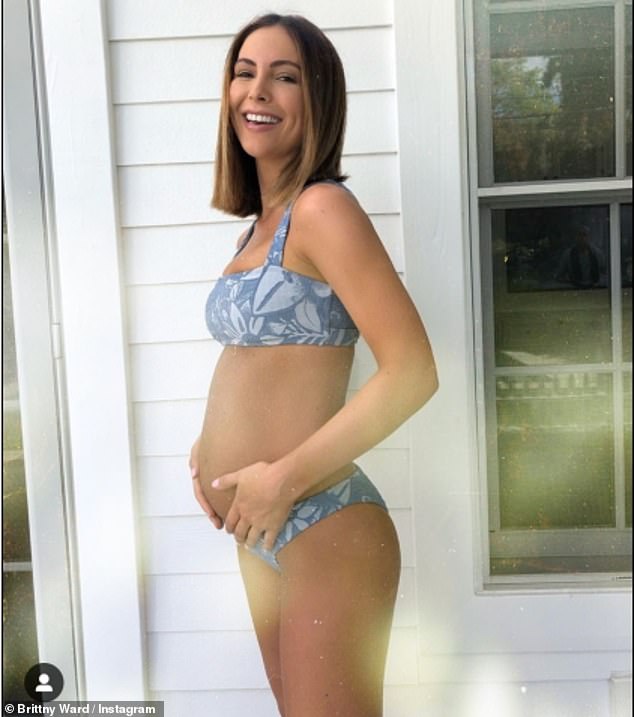 It’s a boy! As Brittny Ward reached the six month mark of her pregnancy, the model revealed that she is expecting a baby boy in an Instagram post on Tuesday

The pregnant beauty admitted she was very surprised when her lover popped the question during their break in Malibu.

Brittny revealed Jenson was ‘really nervous’ when he asked her to spend the rest of her life with him.

She said: ‘We had talked about getting married one day but I definitely wasn’t expecting him to propose on that day. 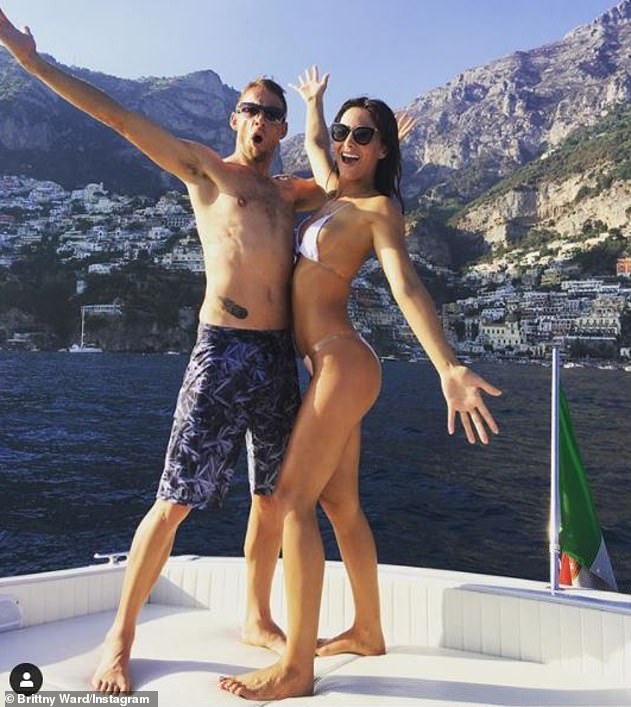 Happy days: British racing driver Jenson announced that he is expecting his first child with his fiancée Brittny in January earlier this year (pictured in January 2018)

‘We were having a few drinks overlooking the ocean. I never take pictures but for some reason I wanted to right at that moment and I didn’t realise he was getting ready to propose. 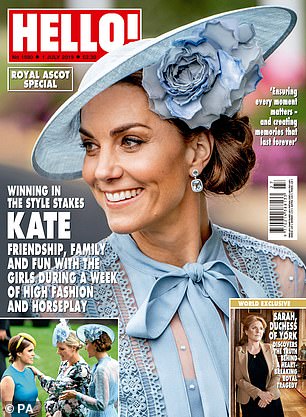 The full interview is available in Hello! magazine, out now

‘He was really nervous and told me to put my phone down and then he went down on two knees and asked me to marry him.’

British racing driver Jenson announced that he is expecting his first child with his fiancée Brittny in January.

Taking to Instagram, the sportsman penned: ‘Brittny & I are Delighted to announce the new edition to the family currently having his first seat! Look how comfy he looks! #babybutton’.

Jenson was previously engaged to model Louise Griffiths, 40, before the couple split in 2005 after five years of dating.

The sporting legend was also married to model Jessica Michibata, but split in December 2015 after one year of marriage.

The full interview is available in Hello! magazine, out now. 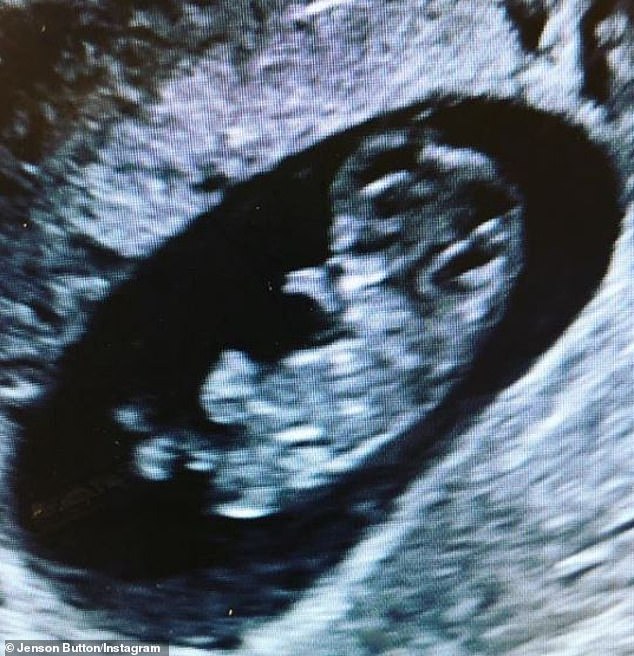