Alan Jones has spoken. Scott Morrison has ‘no hope’ of holding on to power in the May 21 federal election.

Three years ago, Jones was the only political commentator in Australia to correctly tip the new Liberal Prime Minister defeating Labor’s Bill Shorten. This time around he says Morrison is no chance to do the same to Anthony Albanese.

‘Morrison is the handbrake,’ he told Daily Mail Australia of the government’s re-election chances.

‘The electorate hate him. His own cabinet don’t like him. The party know it but it was too late to make a change.

‘To keep government, he has to hold every seat he’s got and win two more.

Alan Jones (pictured with former prime minister Tony Abbott) has spoken. Scott Morrison is ‘no hope’ of holding onto power in the May 21 federal election

Jones, one of the country’s highest-profile conservative broadcasters who ruled Sydney breakfast radio for three decades on 2UE and 2GB, said Albanese’s poor start to the campaign won’t count at the polling booth.

‘Anthony Albanese has been to every pub in Australia,’ he said.

‘While the government was completely tied up in trying to stop people from getting the flu Albanese was getting out there meeting people.

‘They all know him now.’

Which is not to say that Jones believes Albanese is the best person for the top job, after he struggling to answer questions about the cash rate and unemployment.

‘There are good people on both sides of politics, but unfortunately they’re not in leadership,’ he said.

Jones, 81, who retired from his top-rating radio career in May 2020 and parted company with Sky News in November last year, has been unusually quiet in recent months after four operations on his back over Christmas, 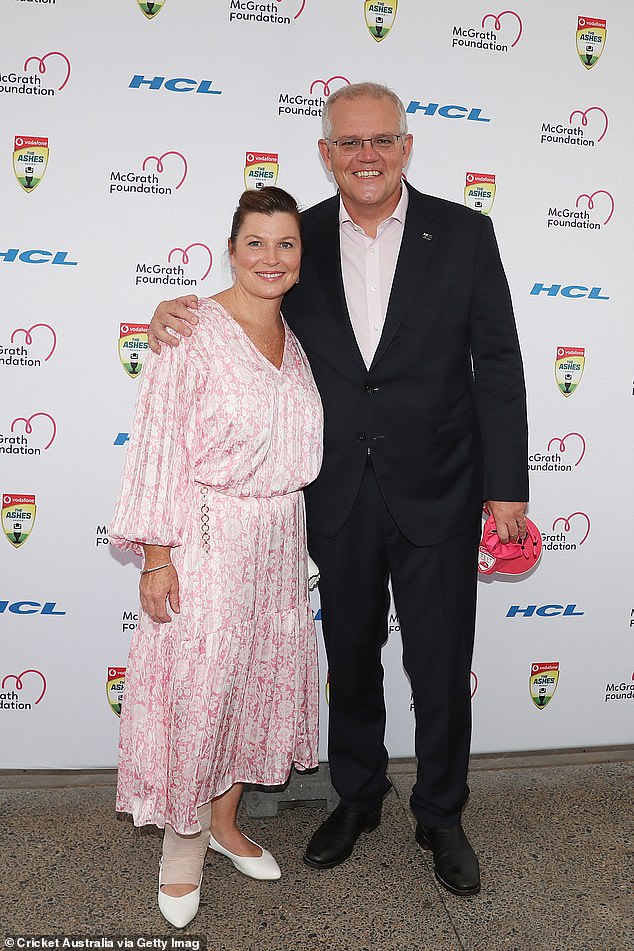 Three years ago, Jones was the only political commentator in Australia to correctly tip the Liberal Prime Minister (pictured with wife Jenny) defeating Labor’s Bill Shorten. This time around he says Morrison is no chance to do the same to Anthony Albanese

That is about to change. He is planning to bounce back with a vengeance after forming his own digital TV and news network, Australian Digital Holdings.

Operating out of a renovated warehouse in Sydney’s Chippendale and available free on the ADH.TV app, Jones’s first program launches on Monday with guests Treasurer Josh Frydenberg and One Nation leader Pauline Hanson.

He says he is looking forward to the freedom of speaking his mind without management interference after years of working for major media organisations.

‘At Sky I would get legal letters every afternoon telling me that I couldn’t say this or that,’ he said.

‘We would have to show them the script. The show would be ready to go at 4.30pm and a letter would arrive saying ‘you can’t say that’. In the end I thought, I don’t need this’. 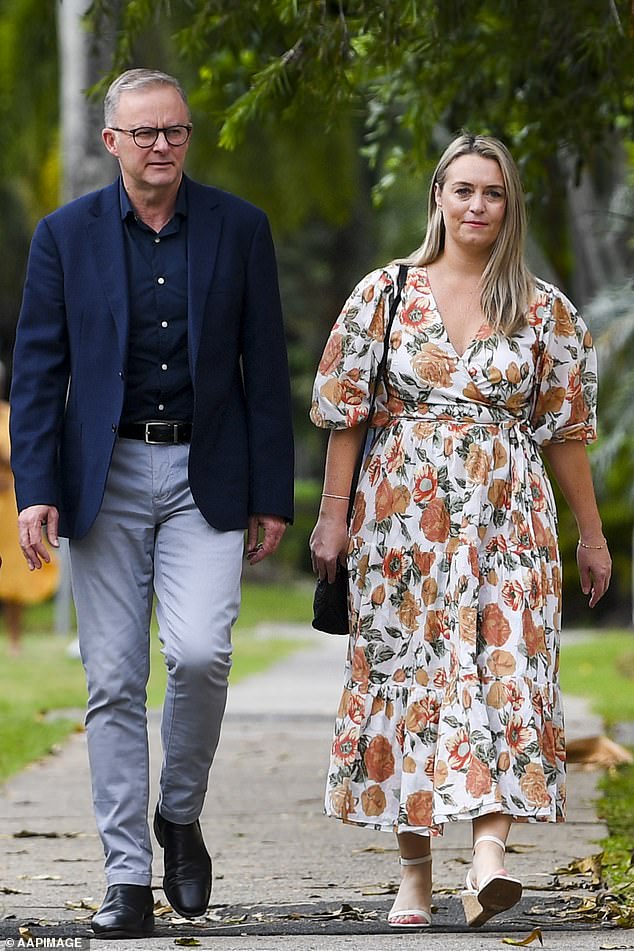 Jones, one of the country’s highest-profile conservative broadcasters who ruled Sydney breakfast radio for three decades on 2UE and 2GB, said Albanese’s poor start to the campaign won’t count at the polling booth (the Labor leader is pictured with his girlfriend Jodie Haydon)

After clashes over his coverage of Covid-19, Jones was dumped from his four-nights-a-week program and offered a weekly spot on Sky’s streaming service, but he declined the offer.

He has been replaced by British media personality Piers Morgan in a worldwide mega-deal, but early figures supplied by Sky suggest the move has not been an immediate success.

Jones’s first show on Sky drew 109,000 viewers. The first airing of Piers Morgan Uncensored attracted 86,000 viewers, less than the 95,000 that Jones had for his final program.

Jones says he wishes Morgan all the best with his show, but has a word of warning about management interefence.

‘Piers Morgan Uncensored,’ he scoffed. ‘I’ve got news for you, mate.’ 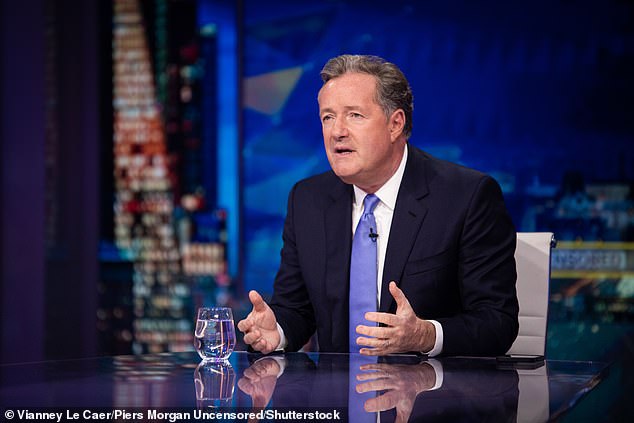 He has been replaced by British media personality Piers Morgan (pictured) in a worldwide mega-deal, but early figures supplied by Sky suggest the move has not been an immediate success

Jones was previously a speechwriter for former Liberal prime minister Malcolm Fraser and ran as a Liberal state by-election candidate in 1978.

He was also a close confidante of former Liberal PM John Howard, who lost the November 2007 election after the Reserve Bank of Australia raised interest rates during an election campaign.

The same fate could await Morrison, with three of the Big Four banks – ANZ, Westpac and NAB – predicting a rate rise on May 3 – less than three weeks before voters go to the polls as inflation surges at the fastest pace in 21 years.

Howard had won four elections and was in power for 11 years while Morrison, if Jones is proven right, will fail to win a fourth consecutive term for the Coalition after nine years in office, including four as PM.

Newspoll also shows Labor leading the Coalition 53 per cent to 47 per cent, after preferences.

A uniform 4.6 per cent swing to Labor would see the Opposition pick up at least a dozen seats to form a majority government, enough to make Albanese Australia’s 31st prime minister.

He would also be the only fourth Labor leader to win from Opposition since World War II.

This time, the opinion polls may be proven right.