The high-ceilinged Manhattan apartment, owned by the late Broadway star, Celeste Holm, has been put on the market for $13.95million by the younger of her two estranged sons.

Boasting spectacular views over the city, the duplex at 88 Central Park is where the star lived for more than half a century and died this July, aged 95.

Dan Dunning, whose father was Holm’s third husband, told the New York Times: ‘She loved it because of the view of the park and the way she felt involvement with the seasons, just by looking through her windows.

‘Central Park in the spring was the time she enjoyed most.’

Times writer Robin Finn, who gained excusive access to the three-bedroom property described that like Holm, it ‘possesses charisma – as well as enduring bone structure’.

On the lower floor he reveals that there is a dining room, butler’s pantry, kitchen where the late actress ‘loved to cook up batches of spaghetti and clam sauce’.

And an airy living room is lined with windows overlooking the park at treetop height.

Moving upstairs there are three sizable bedrooms, with ample closet space, and the master suite features full views to the north and east.

Holm’s son says that she moved into her corner duplex at the Brentmore, No 6N, in 1953 and bought it in 1958 after the building went co-op.

However, since her marriage in 2004 to Frank Basile, a singer and waiter nearly 46 years her junior, she had been locked in a legal battle with her family over her over investments and inheritance.

The court fight wiped away much of her savings and left her dependent on Social Security. The actress and her sons no longer spoke, and she was sued for overdue maintenance and legal fees on her Manhattan apartment.

Last year a settlement was reached, entitling Mr Basile to a one-third share in the proceeds from her estate and he was forced to vacate the property at 88 Central Park just five weeks after her death. 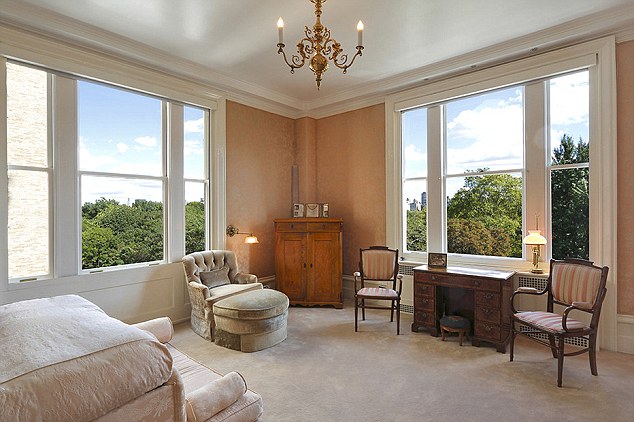 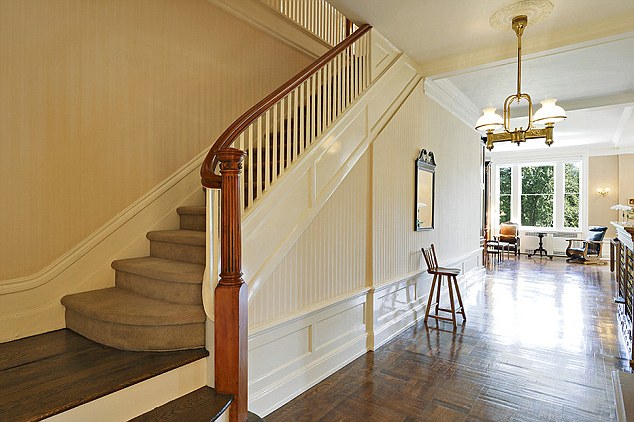 Holm bought the apartment outright in 1958 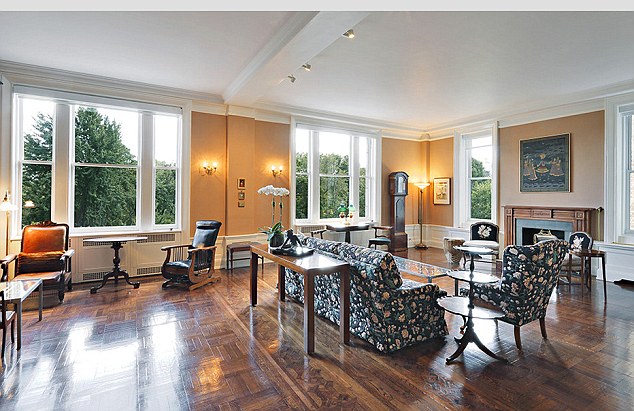 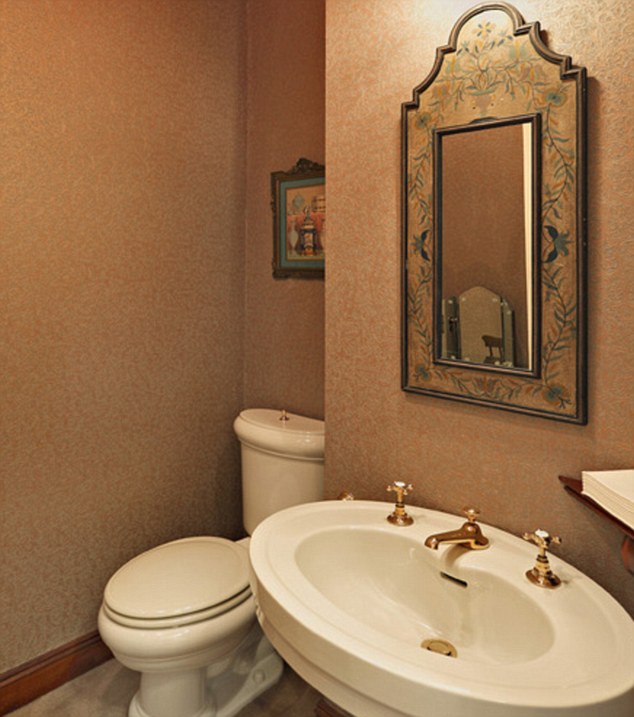 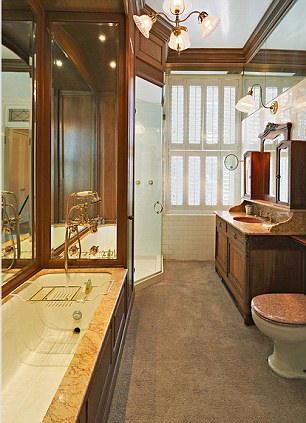 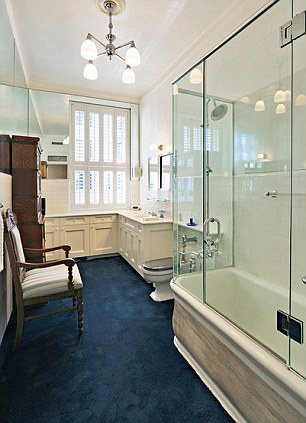 Mr Dunning, a real estate manager in Putnam County, who is Holm’s son from her first marriage to Ted Nelson, an Internet pioneer, lives in California, added: “One of her desires as she aged was to never have to give up the apartment.’

Holm had been hospitalized with dehydration after a fire in actor Robert De Niro’s apartment in the same Manhattan building.

She had asked her husband to take her home, and she spent her final days with him, and other relatives and close friends by her side. 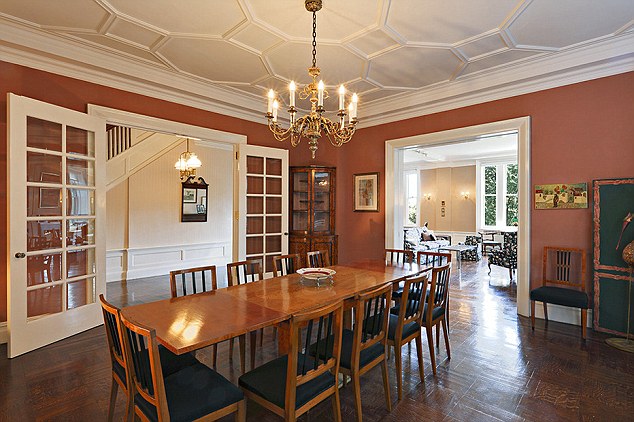 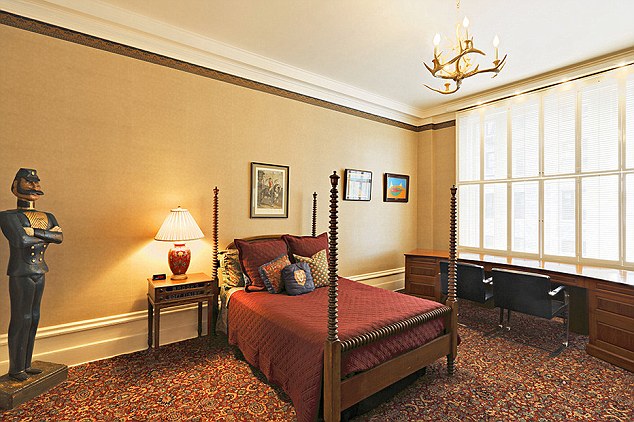 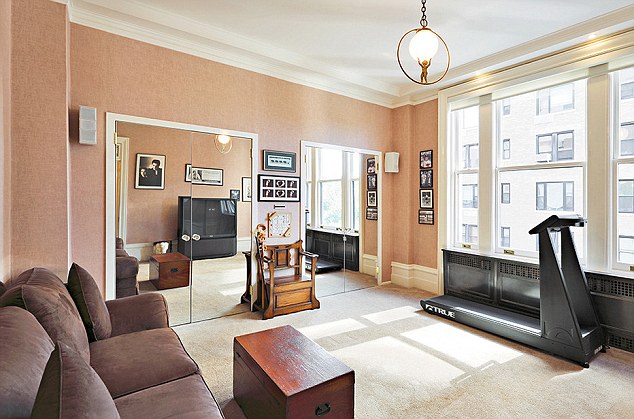 The apartment sold for just under $14 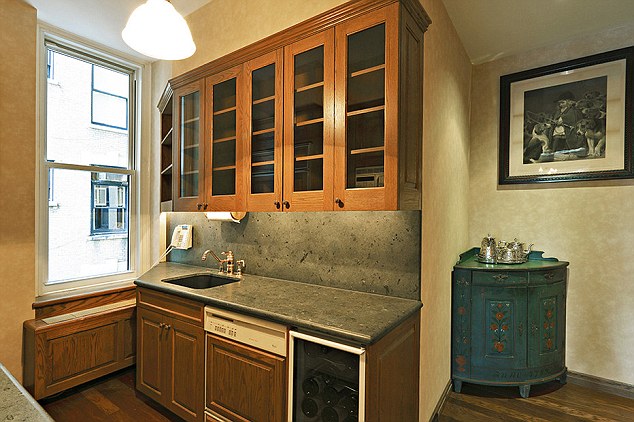 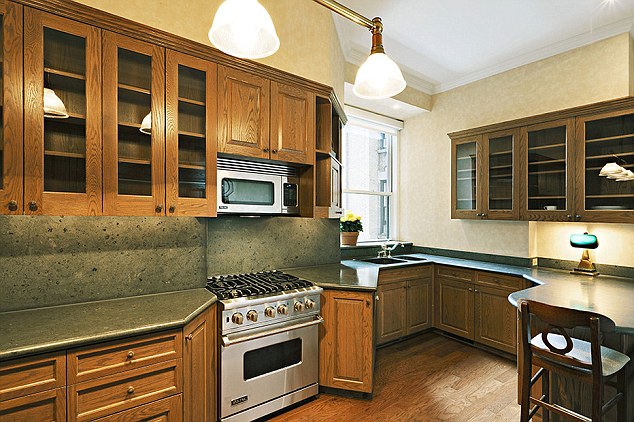 In a career that spanned more than half a century, Holm played everyone from Ado Annie – the girl who just can’t say no in Oklahoma!- to a worldly theatrical agent in the 1991 comedy I Hate Hamlet to guest star turns on TV shows such as Fantasy Island and Love Boat II to Bette Davis’ best friend in All About Eve.

She won the Academy Award in 1947 for best supporting actress for her performance in Gentlemen’s Agreement and received Oscar nominations for Come to the Stable (1949) and All About Eve (1950).

Holm was also known for her untiring charity work – at one time she served on nine boards – and was a board member emeritus of the National Mental Health Association.

The listing broker, Austin Schuster of Sotheby’s International Realty, described her apartment as ‘a fabulous canvas ready to transform again for a new owner.’ 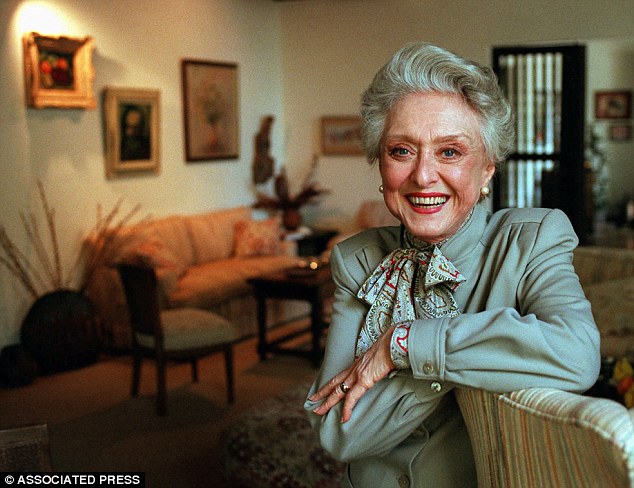 The 12-story building, on the corner of 69th Street and Central Park West, designed by Schwartz and Gross and built in 1910, has attracted numerous celebrities.

Producer Lorne Michaels lives there, Sting was a former resident, and Robert De Niro bought a $20.9million duplex two floors below Holm’s in 2006.

Holm was married five times and is survived by two sons and three grandchildren.