A broke barman struck gold when he found an ATM hack that gave him access to millions – and says he has no regrets about his subsequent spending binge even though it resulted in jail time.

The barman from Wangaratta, in north-eastern Victoria, stumbled across a technical fault in the National Australia Bank’s ATM system in February 2011 meaning he had access to free money whenever and wherever he wanted.

At the time of the discovery, he was working as a barman on a $700 a week wage and dating a religious education teacher.

The ATM allowed Mr Saunders to access up to $999,999.99 every day and eventually Saunders withdrew $1.6 million over a four and a half month period.

‘For me, it was never about the money. It was about experiences and what I could do with this magic ATM card,’ Saunders said.

‘I had seen people in that life across the bar and I had wanted to experience it, but the grass isn’t always greener on the other side.

‘I also wanted to give my friends a taste of it, so I asked them what their dreams were and made them come true. I guess you could say that my dream was to see people having a great time and living out their fantasies.’

During the spending spree Saunders bought designer clothes and treated friends and family to whatever they fancied. 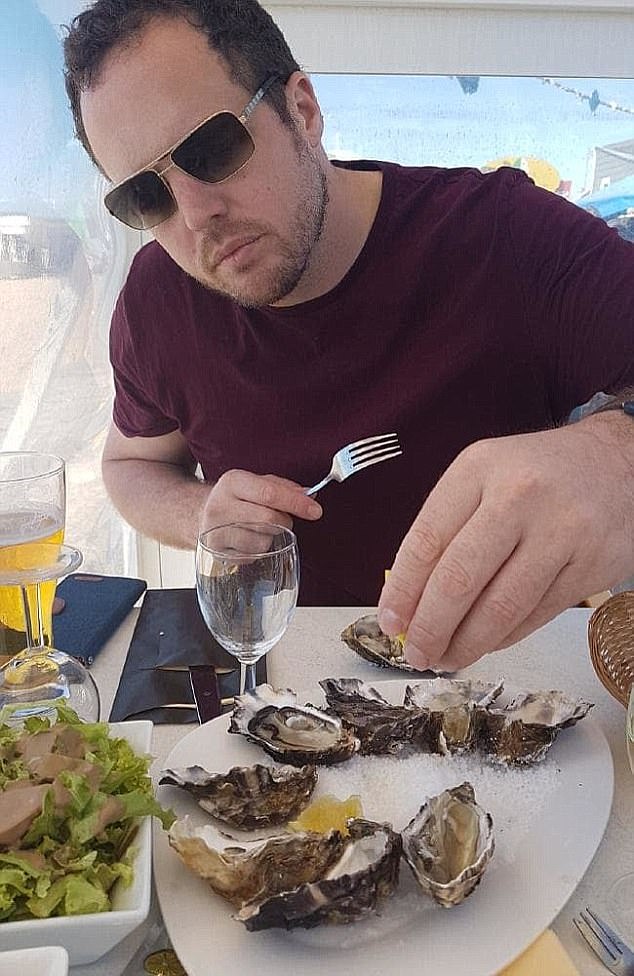 HOW THE ATM ‘LOOPHOLE’ WORKED

During April 2011, Saunders flew two escorts by helicopter to the Blue Mountains to stay at the $2000-a-night Emirates Resort, ‘I went horse riding with two escorts, for God’s sake,’ Saunders said.

The debauchery saw Saunders carry $80,000 in a Hilton Hotel laundry bag and splash out $90,000 to fly to an isolated Asian island for a weekend away with friends among other trips and expensive dinner parties, including an $8000 evening at Sydney’s Rockpool.

In June 2011, Saunders turned himself in after asking himself if he had become an international criminal.

He called the bank who told him the issue was under police investigation.

Saunders admitted that he had thought about transferring millions of dollars overseas and disappearing.

But he didn’t go through with the plan because he would have had to leave friends and family behind.

Three and a half years after he stopped the transfers, he still hadn’t received any consequences for his actions.

The law did eventually catch up and Saunders spent a year behind bars for obtaining money by deception and was also fined $250,000

‘All the statements say that I was always behind in money, but to spend the money I actually had to be in front. So, the accounts had millions of bucks in them,’ Saunders said.

The law did eventually catch up with Saunders who spent a year behind bars for obtaining money by deception in 2015.

Upon his release, he was required to serve an 18 month communication corrections order (CCO) which is a flexible sentence that can be served in the community after a custodial sentence.

But Saunders, who has now returned to his $22 an hour bar job, says he has no regrets. 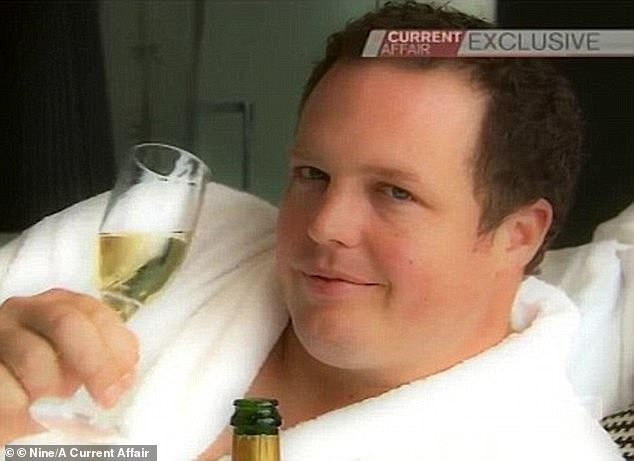 Despite the apparent lack of cash left, Saunders is content with the amazing memories he has

‘Sure, sometimes life can seem a bit mundane and boring after what I experienced, but that’s OK,’ he said.

‘Not everything in life needs to be totally exhilarating, and there’s a lot of joy to be found in normal, ordinary life.’