Broncos running back Javonte Williams ‘out for the season with a torn ACL, LCL and a PLC injury’ after being taken out of the game in the third quarter of Sunday’s loss to the Raiders

The Denver Broncos’ already poor start to the season got a lot worse Monday when it was revealed star running back Javonte Williams would be out for the season.

Sources told The Athletic’s Nick Kosmider that tests confirmed the team’s suspicions and that he suffered a torn ACL during Sunday’s loss to the Las Vegas Raiders.

Reporting from NFL Network’s Ian Rapoport says in addition to the ACL tear, the MRI also revealed a torn LCL and a Posterolateral corner injury – which could possibly complicate his recovery.

Williams took a hit for a loss by edge rusher Maxx Crosby and wasn’t able to put weight on his right leg. He dropped to the ground and had to be carried into the locker room by trainers. Williams was seen walking on crutches in an air cast after the game.

The second year running back out of the University of North Carolina was set to feature heavily in Denver’s offense after a breakout season last year.

Williams finished the previous season 13th in the league in total rushing yards with 903, just 15 yards behind last year’s starter Melvin Gordon III in 11th. He was projected to be the full time starter this year. Williams also had 316 receiving yards out of the backfield, catching 43 passes and scoring three receiving touchdowns.

So far this season, Williams had the most carries (47) and most rushing yards (204) of all running backs on the team. His 16 receptions was second best on the Broncos behind Cortland Sutton and he was fourth on the team in receiving yards. 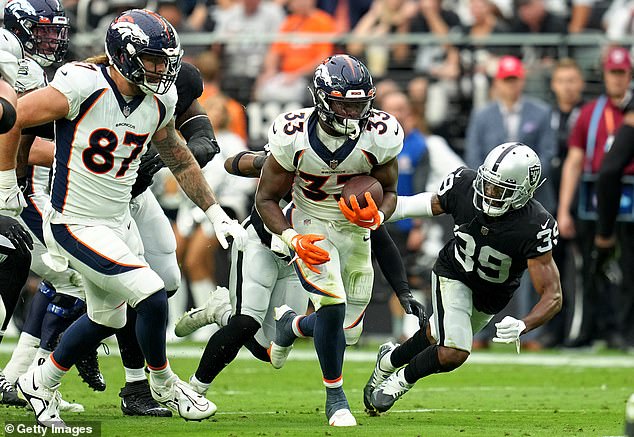 Denver will be forced to turn to Gordon, the rarely used Mike Boone, and practice squad member Devine Ozigbo. The Broncos have had issues with Gordon this year, who has fumbled the ball four times in 45 touches during the 2022 season – including three in the last two games.

The Broncos could also look to trade or sign someone for the rest of the season, but options there are slim and likely wouldn’t equal Williams’ impact.

Denver has had a rough start to their season, going 2-2 to start the campaign, with three of those games being decided by one score. 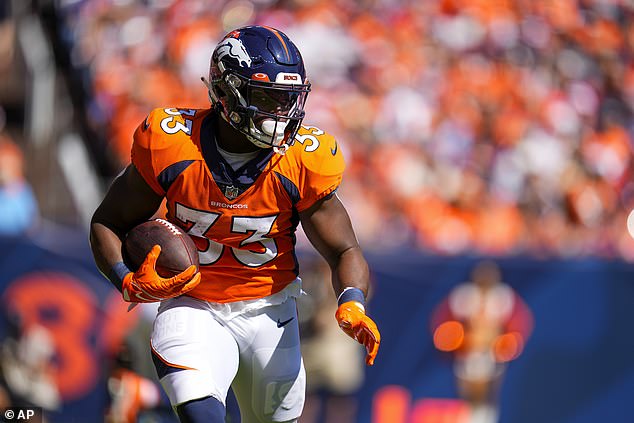 Williams is seen as crucial to the Broncos offense, which started the season at a poor 2-2