A mother at home with her 14-year-old in the Bronx was slain by a bullet through her door’s peephole Saturday night.

Wendy Martinez, 45, went to her door in her Concourse Village apartment sometime around 9.45pm when she was shot in the head through by a masked gunman, the New York Post reported.

Her teenage son called 911 from a closet to alert authorities, but she was pronounced dead at the scene.

Martinez, an employee at Lincoln Medical Center and Red Sox fan living in the Bronx, likely was not the intended target, according to police.

‘She was a very hardworking lady. She would do anything for her kids,’ Maris Valdez, a coworker for more than 20 years with Martinez, said to the New York Daily News.

Wendy Martinez, a hospital worker at Lincoln Medical Center, was killed after a gunman shot through her peephole at her apartment door in the Bronx

‘That’s a gang-related hit,’ a source told the New York Post. ‘This is street justice. Everyone on the streets knows that Solano killed that kid.’

Wendy’s older son, 25-year-old Brian Solano, is accused in the murder of Willie Lora. He allegedly fired a gun into an apartment building lobby, striking and killing Lora on December 8, 2014.

Solano spent three years on Rikers Island and a month in Downstate Correctional Facility in Fishkill, New York, before the surprise release.

Solano was freed from jail in 2017 following an investigation by a private investigator, Manuel Gomez, casting doubt on prosecution witnesses and potentially exonerating the former inmate, according to PIX-11.

”Mr. Solano, you’re being released on recognizance,” Solano recounted to PIX-11 what corrections officers told him. ‘I was shocked. I was shocked.’ 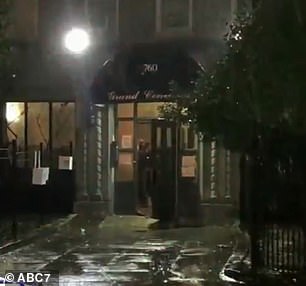 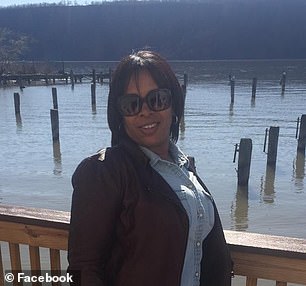 A lawyer for NYPD Detective David Terrell, whose is ccused by Gomez of falsely arresting two dozen people, believe the private investigator bears some culpability in the death of Wendy Martinez.

‘Gomez’s actions have real consequences,’ he told the Daily News. ‘He shouldn’t have his license in the first place.’

Neighbors in the Bronx apartment building were shocked and saddened by the violent incident. 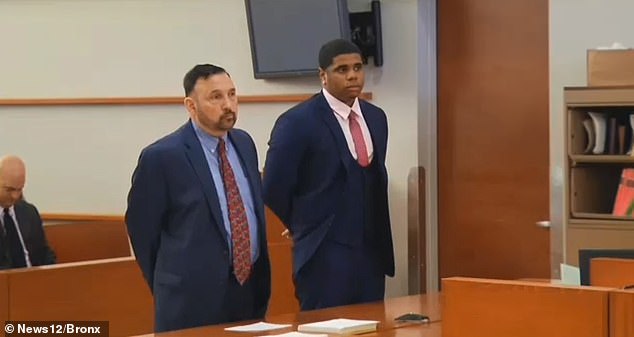 Brian Solano seen in a courthouse in 2017. Police believe his case may be connected to his mother’s murder

‘It’s such a quiet building and nothing ever happens,’ Juan Sanchez, 54, a building resident for over 25 years told the Daily News. ‘It’s like in the movies.’

Meanwhile, the murder trial for Brian Solano is slated to continue on Monday.

‘Now I still got this charge open, and the judge and the D.A. knows I ain’t do it’ Solano told News 12 back in February.