The brother of a New Jersey millionaire found shot in his burning mansion with his stabbed wife and children earlier this month has been arrested for their murders.

Paul Caneiro, 51, was charged on Thursday with the murders of his 50-year-old brother Keith, Keith’s 45-year-old wife Jennifer and their children, Sophia, eight, and Jesse, 11.

Caneiro was previously arrested for setting fire to his own house.

The blaze at his home was reported seven hours before fire fighters were called to Keith’s mansion in Colts Neck, New Jersey.

It remains unclear what the motive for the killings was. Prosecutors refused to share more information about the most recent charges on Thursday morning until a press conference scheduled for 11am.

Keith and his family were found dead at their home on November 20 after a landscaper reported it being on fire. 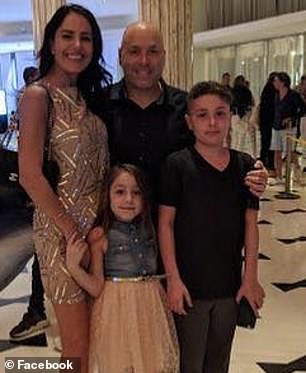 Paul Caneiro, 51, was charged on Thursday with the murders of his 50-year-old brother Keith, Keith’s 45-year-old wife Jennifer and their children, Sophia, eight, and Jesse, 11.

When police arrived, they found Keith shot outside and his wife and children stabbed inside.

Their bodies were badly burned and it took investigative teams days to be able to get into the house to survey the damage.

At 5am that morning, a fire was reported at Paul’s home in Ocean Township, 12 miles away.

He was at the home with his adult daughters and wife at the time but they all made it out alive and stayed at the scene for hours afterwards to talk to police.

He left the area at around noon. Forty minutes later, the fire at Keith’s home was reported. 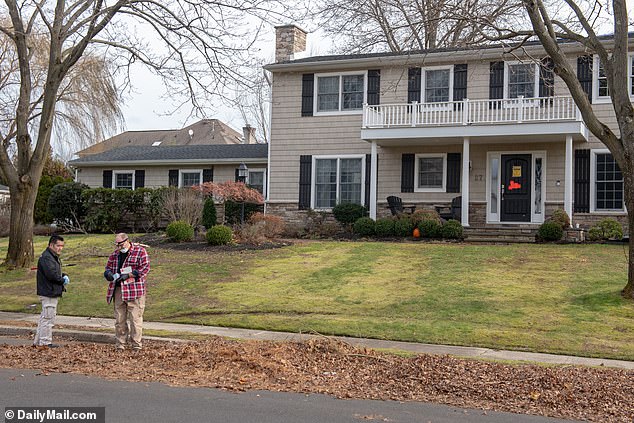 Workers were seen at Keith’s home in Ocean Township on Wednesday. It was partially damaged in the fire police say he set himself while he was inside with his wife and adult daughters 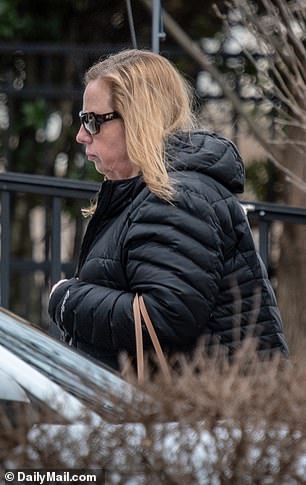 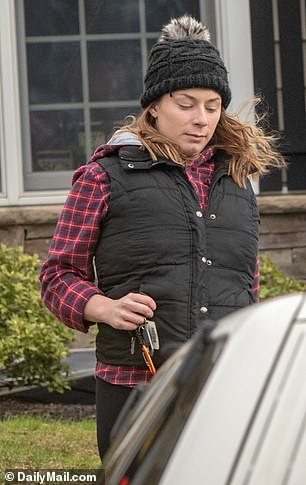 Keith’s wife Susan, left, and one of his adult daughters, right, were seen at the property on Wednesday 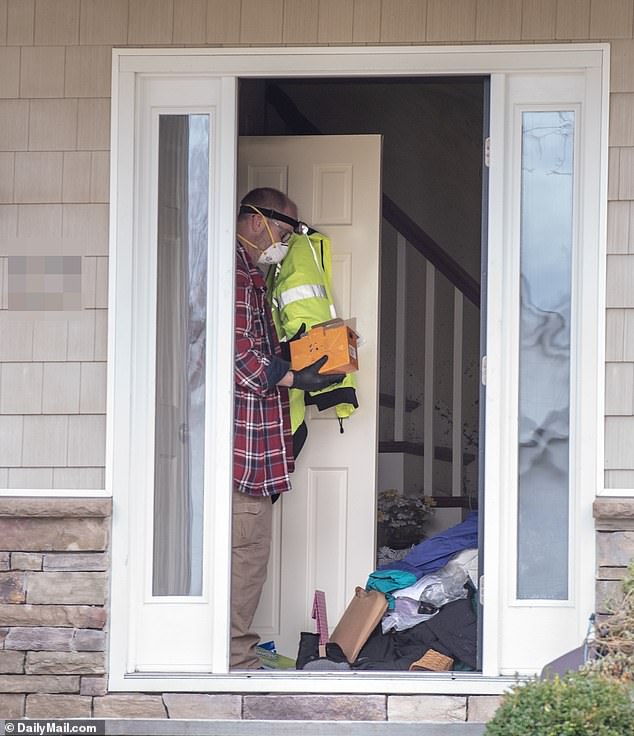 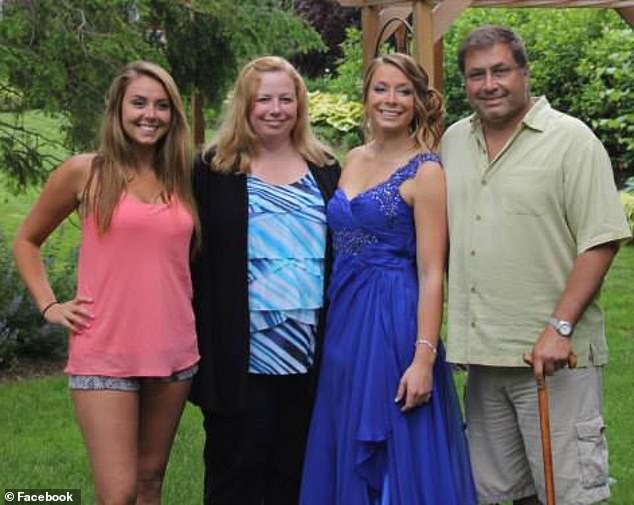 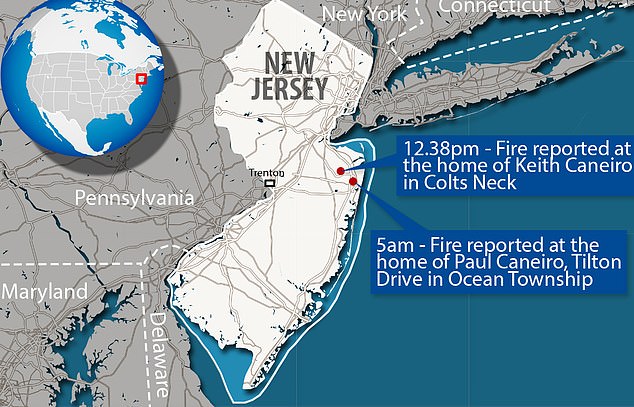 The two houses are 12 miles apart. There were just over seven hours between the two fires

On November 21, Paul was charged with arson for allegedly setting fire to his own home but authorities refused to say whether he was a suspect in his brother’s death or the deaths of his family.

Neighbors of Paul’s in Ocean Township told DailyMail.com afterwards that they would be surprised if he had had anything to do with his brother’s murder and that they thought it was unlikely he would set fire to his own house because he was so proud of it.

They described him as being a ‘big fish in a small pond’ who never quite lived up to the wealth his younger brother had amassed.

‘He said, “I’m in complete shock, I can’t believe this is happening to me.”

‘They were here until about noon. ‘ 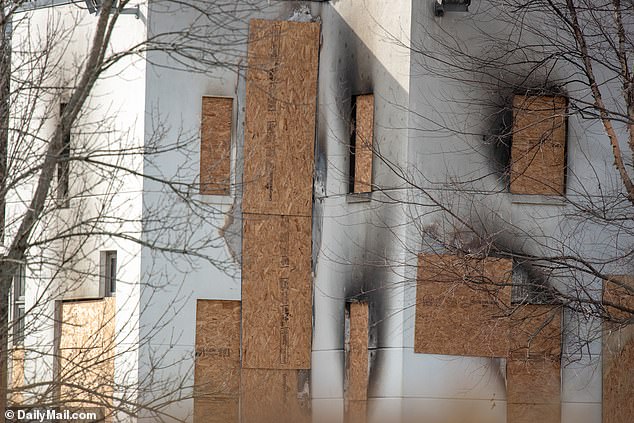 Keith’s burned mansion had been boarded up on Wednesday. It took firefighters several hours to put out the blaze inside the $1.5million home 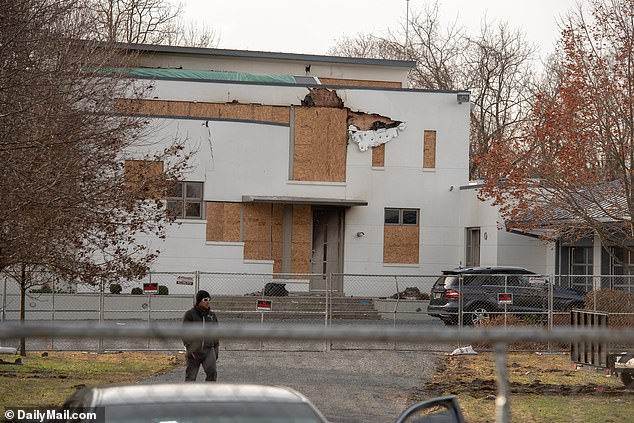 The mansion on Wednesday was a shell of what it once was. Keith and his wife had recently paid off their mortgage 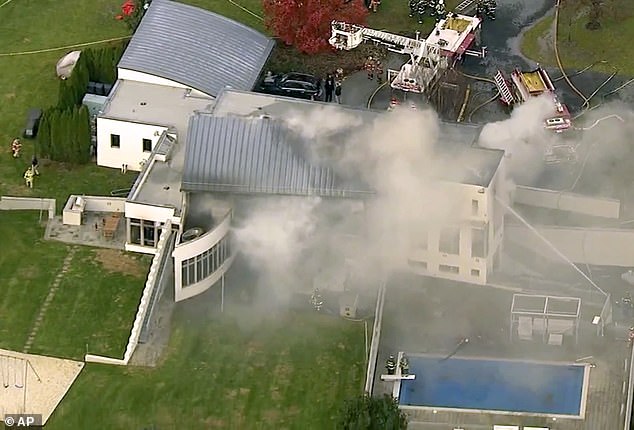 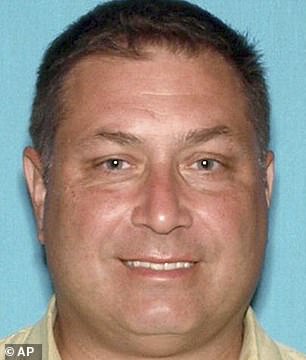 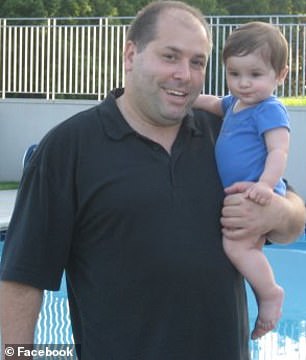 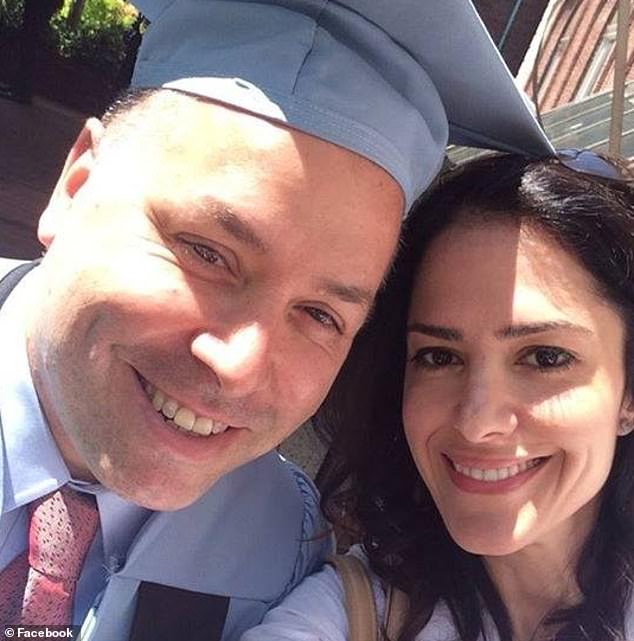 The brothers worked together at a technology consultancy firm which Keith founded and where Paul was the Vice President.

They also ran a pest control business together.

Both Paul and Keith married women from Staten Island. At Paul’s wedding in 1991, Keith acted as the best man.