‘It’s hard to digest’: Emotional moment man admits he has no idea why teenage ‘serial killers’ chose to murder his sister and her Australian boyfriend

The brother of an American tourist who was murdered alongside her Australian boyfriend says he still has no idea why the pair were targeted.

Stetson Deese told the Today show in Australia his sister Chynna and her partner Lucas Fowler’s deaths were so difficult to comprehend because they had done nothing wrong.

‘It’s kind of hard to digest what happened to such nice people,’ he said.

‘We do not know why and more and more may be discovered but I don’t think we’re ever going to truly know why. It’s discomforting because anybody, even some of the worst people in the world, if they met Chynna, the last thing they would want to do was kill her.

‘It’s hard to accept such good people can just be killed.’ 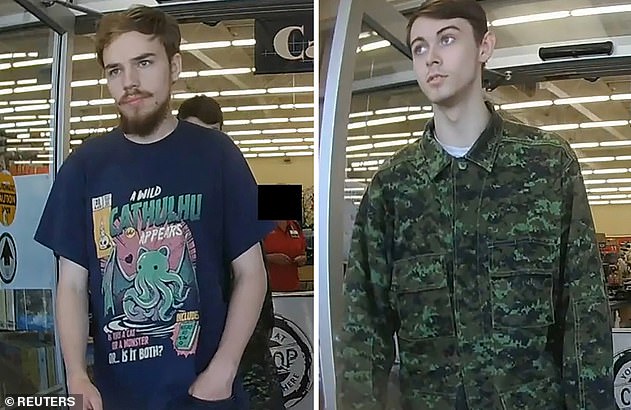 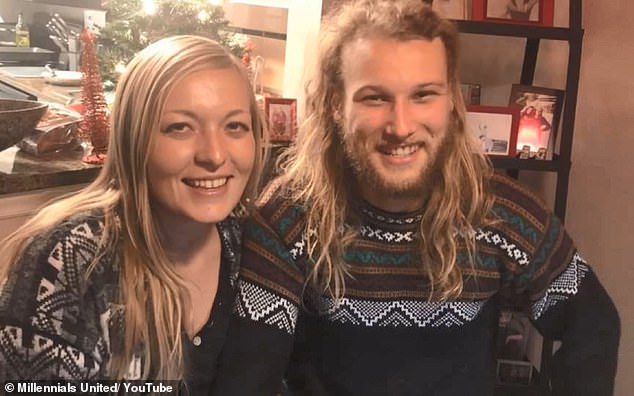 Schmegelsky and McLeod are accused of killing American backpacker Chynna Deese (left) and her Australian boyfriend Lucas Fowler (right), who were found dead on July 15 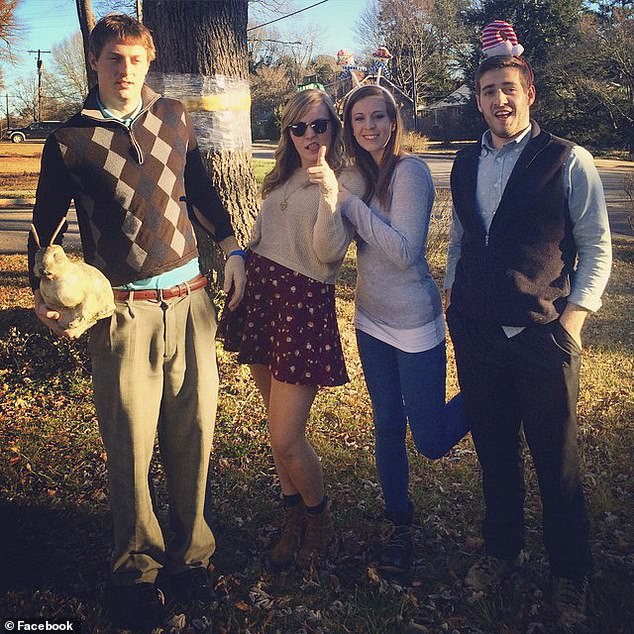 Ms Deese’s family (Chynna pictured second from left with her siblings) have publicly mourned their loss, telling media of Chynna’s kindness and open mind, and grieving the bright future she was headed for

The pair, who police spent 15 days hunting, were found with firearms nearby. The guns are now being forensically tested to see if they were used in the murders.

Mr Deese told the breakfast show he would remember his sister as ‘an adventurer’ and ‘a very loving person’.

He said she and Mr Fowler were perfectly matched, and he believed the Sydney man was Chynna’s first real love.

The North Carolina man did not comment on the fact fugitives Bryer Schmegelsky, 18, and Kam McLeod, 19, had taken their own lives, but his sister, Kennedy Deese, said it was disappointing the pair did not face justice. 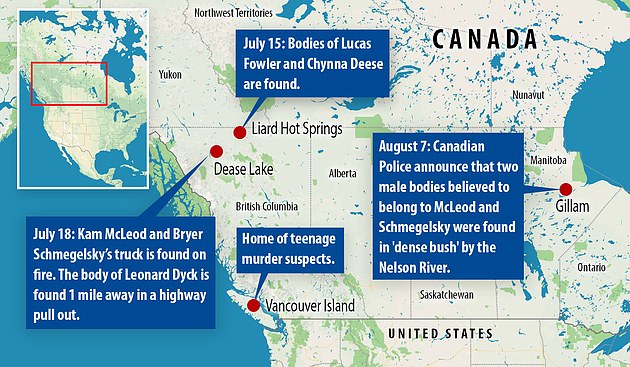 The body discovery concluded a 15-day manhunt that began in the western Canadian province of British Columbia and spanned about 3,100 miles across five provinces 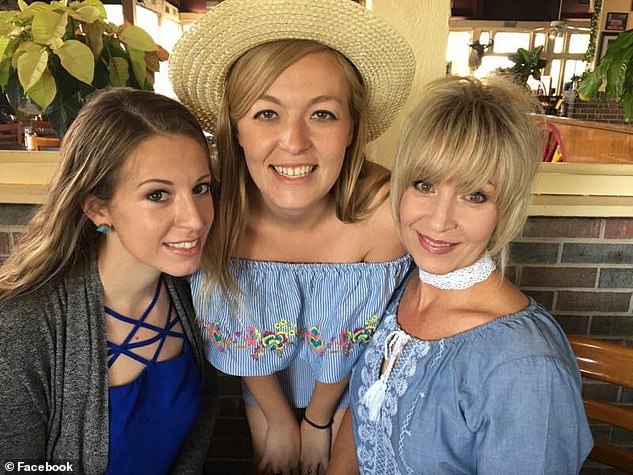 Her sister Kennedy (left) said her family (mother pictured right) had forgiven the killers and their families, but said they would never understand how anyone could bring themselves to hurt Chynna or her Australian boyfriend, Lucas Fowler

On Saturday, she shared her thoughts with Facebook friends, telling them her family needed to move forward.

She said it ultimately did not matter what happened to the pair, as no amount of explanation could ever make her understand what had happened to Chynna.

‘There is no excuse for staying broken and refusing to heal,’ her post read.

‘Whether or not these fugitives are captured alive or recovered dead would have made no difference. No amount of confession will validate or solidify an understanding of the events that lead to the unprovoked murder of my sister.

‘It’s unfortunate the fugitives lives ended on their terms. There was a one in a million chance that such tragedy would befall my family, but Chynna was a once in a lifetime soul.’

Ms Deese said Chynna had been building ‘a beautiful life with a future full of love and hope and adventure’ with Mr Fowler, and wanted to start a family some day.

She told friends while her family was hurt, they forgave the killers and their families.