The brother of murdered teenager Stephen Lawrence has slammed Boris Johnson tonight for his ‘extreme’ views and attacked his Cabinet for a lack of diversity – as a new poll reveals nearly four in five black people say they have suffered racial abuse.

Speaking as part of an ITV panel discussing racism in the UK since the death of his brother in 1993, Stuart Lawrence said action was needed to make change happen.

His brother Stephen was murdered in a racially motivated attack while waiting for a bus in Well Hall Road, Eltham, south-east London, 27 years ago.

On race relations in the country veteran broadcaster John Humphreys – who was on of the panel – claimed that Enoch Powell’s inflammatory ‘Rivers of Blood’ speech would not made by a politician today.

But Mr Lawrence said the current Prime Minister has some ‘extreme’ opinions and that the fight against racism was not over.

He said: Now we’ve got a current Prime Minister who has said some really extreme things. He used the word ‘spectacle’ when he spoke about George Floyd and for me that means we haven’t moved forward enough, it means we are not represented enough, that top table at cabinet, there’s no-one that looks like me there.’

Nearly a third of black people said that racism has gotten worse in their lifetime, while the majority of Britons believe that racism is rife in the UK 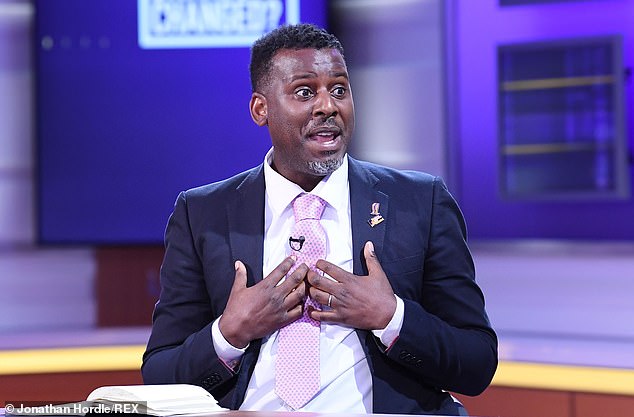 Speaking as part of an ITV panel discussing racism in the UK since the death of his brother in 1993, Stuart Lawrence said action was needed to make change happen

He added: ‘This fight here ends with me, with the adults in this room and how we can make sure change really happens.

It comes as a poll for the programme found 77% of black people said they had experienced racial abuse in person.

Nearly a third of black people said that racism has gotten worse in their lifetime, while the majority of Britons believe that racism is rife in the UK.

Nearly two-thirds of the population think there is a ‘fair amount’ or ‘great deal’ of racism in the UK, according to the study.

It also found that black respondents are twice as likely as white respondents to say that racism is widespread.

In a bleak view of racism in the UK, the poll found that 77% of black people say they have experienced racial abuse or slurs in person.

55 percent of participants of ethnic minority backgrounds said racism had stayed the same or worsened in their lifetime, according to the study which was carried out by polling consultancy Number Cruncher Politics.

The survey, which was conducted for ITV’s ‘Stephen Lawrence: Has Britain Changed?’, also found that 69 percent of ethnic minority respondents and 80 percent of black people say they have been asked ‘where they are really from’.

Of the black people in the ethnic minority group polled, 34 percent said the level of racism in Britain has increased. 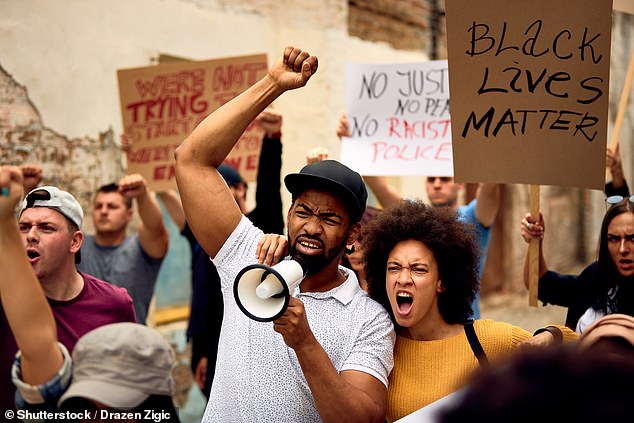 43 percent of ethnic minority people and 50 percent of black people believe they have experienced discrimination in the workplace. 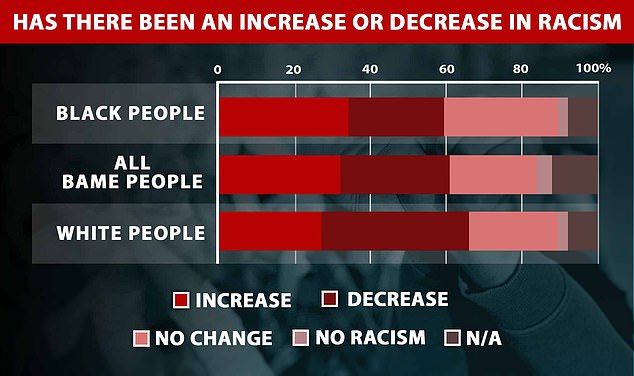 68 percent of the overall population polled strongly or generally support using education as a means of combating racism.

68 percent of white people, 68 percent of ethnic minority respondents and 78 percent of black people agreed that there should be an increased focus on British history, including around the empire, in the school curriculum.

There is a split in opinion among racial groups on whether or not the Black Lives Matter movement has advanced the cause of racial equality.

The poll comes after the death of George Floyd in the US sparked widespread Black Lives Matter protests in the UK, with many calling for an end to racism and police brutality.

Matt Singh, founder of Number Cruncher Politics, said: ‘This research sheds new light on how people view racism in modern Britain, their lived experience, and what they think should and shouldn’t change.’

Responding to ITV’s poll which found that 77 percent of black people, 59 percent of ethnic minority people and 42 percent of white people thought the police were racist, Met Police assistant commissioner Helen Ball said: ‘Those are devastating findings, they really hurt me, I think, and they will hurt many of my colleagues, who are joining policing to make a difference to people, to help people in crisis and to rescue people and are well-motivated and are working really hard to make people’s lives better.

‘It’s not something that I experience, it’s not my experience of the Metropolitan Police in 2020, but I respect those findings and we must continue to talk with all our communities to make sure that we are providing the policing service that is right for them.

‘One thing that I think we have to say has changed significantly is the number of black and Asian and ethnic minority people in policing.

‘So in 1999 when the MacPherson report came out, one police officer in 33 was from a BAME background. Now one in seven. That’s such a significant change and that is really changing policing all the way through.’