The brother of slain Sydney gangster John Marcis has been spotted leaving his luxury car in a no parking zone in one of Sydney’s ritziest suburbs.

A casually dressed Alex Macris headed off to have coffee with a friend in Double Bay after parking his black $422,000 Bentley Continental GT on Saturday.

The fine for parking in a ‘no parking zone’ is $112, according to the Roads and Maritime Services. 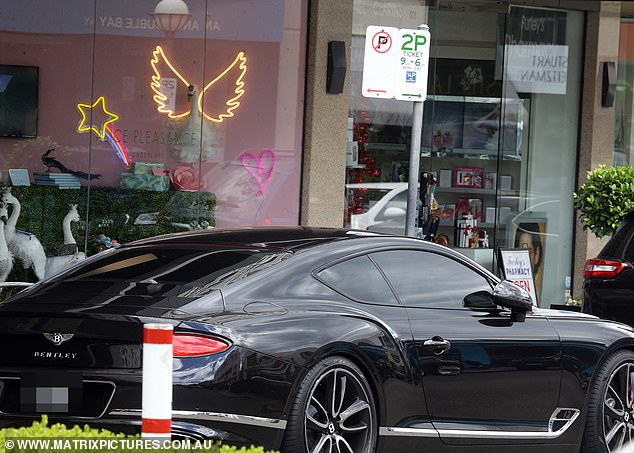 Alex and his family recently returned from Greece following the funeral service for John, who was executed outside his luxury villa 23km south of Athens on October 31.

John, a convicted drug dealer and former nightclub identity, fled to the Greek capital after a warrant was issued for his arrest in 2013.

He was well known in Athens and Mykonos, often rubbing shoulders with A-List celebrities and went by the nickname ‘Australos,’ which means the Australian in Greek.

Following a traditional Greek Orthodox funeral service in Athens, John’s body was flown back to Australia earlier this month.

He was buried at a private service at Rookwood Cemetery in Sydney’s west next to his sister Vicki, who died of leukaemia more than 30 years ago. 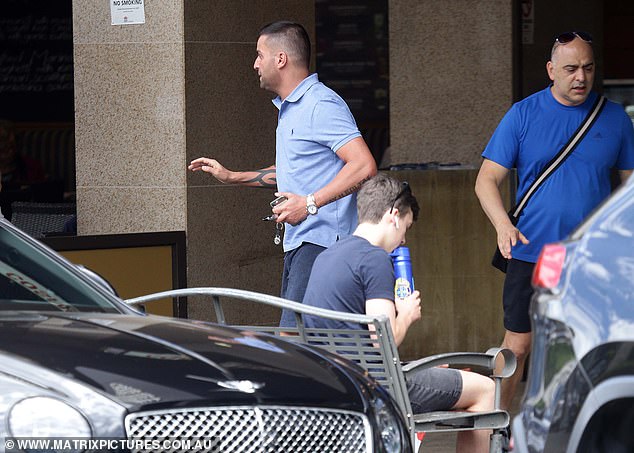 Alex Macris was spotted out and about on Saturday, three weeks after his brother was assassinated in Greece

She plans to raise their two children at her in-laws’ residence in Mosman, an affluent suburb on Sydney’s lower north shore where her late husband was also raised.

‘She’s not going back to Greece, no way,’ a source close to the family told the Daily Telegraph earlier this month.

‘She saw John get gunned down that day, she’s finished with Greece.’

Alex separated from his wife, billionaire chicken heiress Jessica Ingham in June, five years after they married in Australia’s ‘most lavish $500K wedding’ on Bennelong Lawn near the Sydney Opera House. 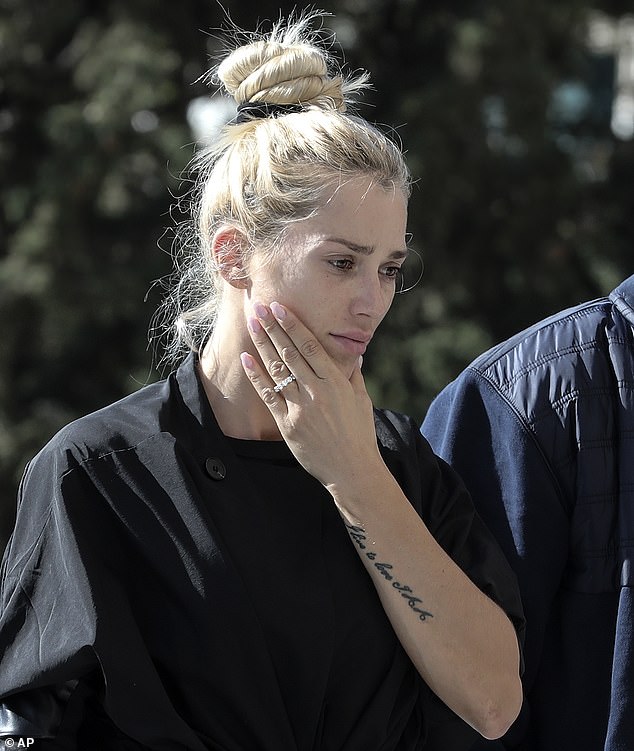 John’s widow, Ukrainian-born former Playboy playmate Viktoria Karida (pictured at his funeral in Greece) has fled to Australia, where she hopes to remain permanently

No expense was spared at the wedding with 45 crystal chandeliers, four-tiered chocolate butter cream wedding cake, New Year’s Eve-style fireworks and a performance by The Voice star Steve Clisby as guests enjoyed champagne and a delectable buffet at the Great Gatsby-style reception in 2013.

At the time, PR maven and Ms Ingham’s good friend Roxy Jacenko described the wedding ‘as one of Sydney’s best ever’. 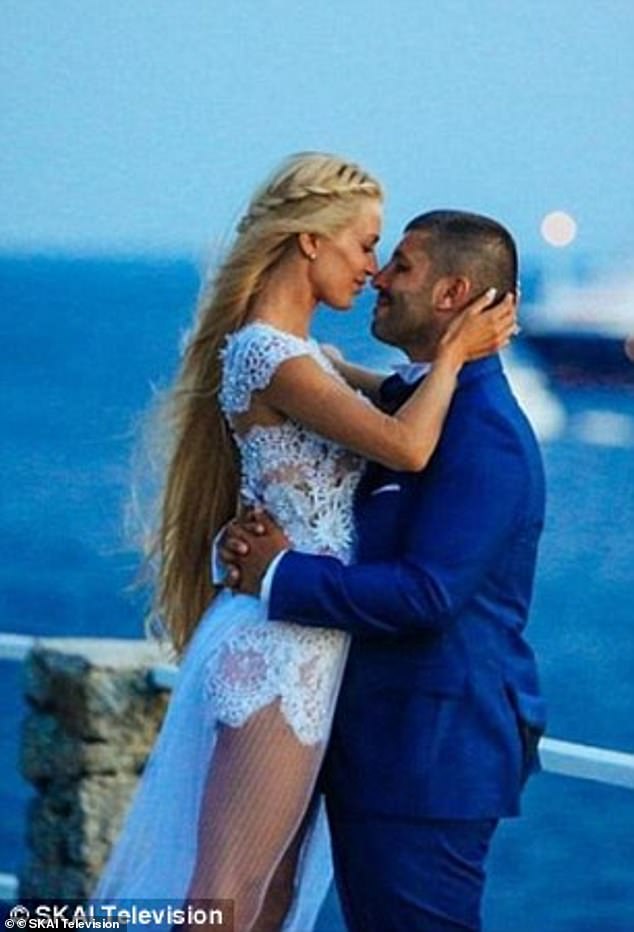