‘On her way to Jimmy’s funeral!’ Nadia Bartel’s sister takes a BRUTAL swipe at her brother-in-law – as the former WAG defiantly attends the Brownlow Medal count without him

Nadia Bartel showed off her incredible revenge body when she attended the Brownlow Medal count without her estranged husband Jimmy on Monday.

But it was a brutal Instagram post shared by Nadia’s sister, Michelle Ring, that was the final blow to the former AFL star.

Michelle reposted a meme of Nadia that read: ‘Nadia Bartel on her way to Jimmy Bartel’s funeral, aka the Brownlow Awards! Now THIS is how you do a revenge body’. 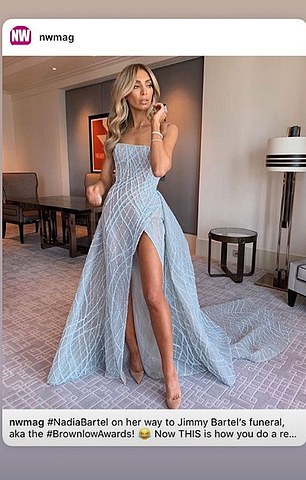 Ouch! Nadia Bartel’s sister Michelle (left, with Nadia) took a brutal swipe at her brother-in-law Jimmy on Instagram by sharing a meme describing the Brownlow Medal as his ‘funeral’ (right)

Michelle wasn’t the only one amused by NW magazine’s eyebrow-raising post, as fellow WAGs Rebecca Judd and Jesinta Franklin also ‘liked’ it.

Nadia’s solo appearance at the prestigious sporting event comes as Jimmy continues to keep a low profile following the couple’s split in July.

The former Geelong Cats star has since been linked to Melbourne socialite Lauren Mand, however neither has publicly confirmed romance rumours.

Mother-of-two Nadia covered the Brownlow Medal red carpet for Channel Seven and appeared to be in high spirits despite her recent break-up. 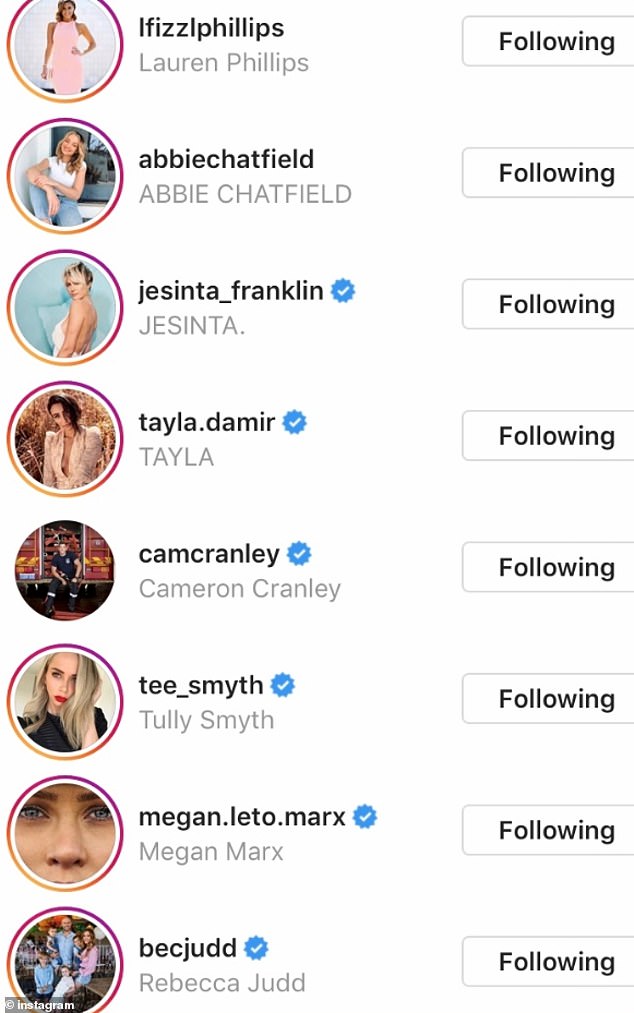 Amused: Michelle wasn’t the only one amused by NW magazine’s eyebrow-raising post, as fellow WAGs Rebecca Judd and Jesinta Franklin also ‘liked’ it

She oozed confidence in a baby blue J’Aton Couture gown despite it being the first time she had ever attended the event without Jimmy.

The pair recently confirmed their separation, with Nadia telling the Herald Sun: ‘It’s been a very difficult month for me and the boys.

‘Although I’m heartbroken… My single focus now is to continue to protect, care and provide for my two beautiful boys as this is a personal matter.’ 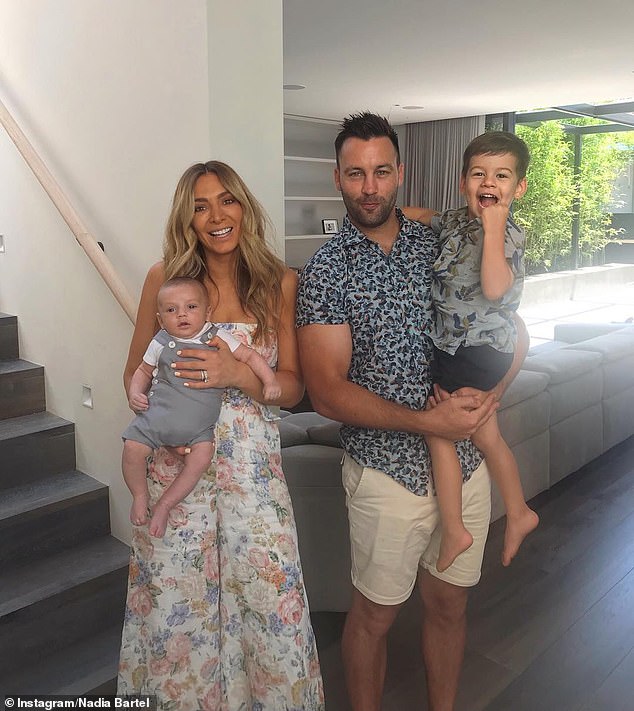 It’s over! Nadia and Jimmy, once considered an AFL ‘golden couple’, announced their split in August. They share two children: three-year-old Aston and Henley, who turns one next month

‘I am so thankful for my very supportive family and friends,’ she added.

Nadia has been a fixture on red carpets since marrying Jimmy in 2014, and is known for her glamorous lifestyle and popular blog The Chronicles Of Nadia.

She also runs a fashion business, The Connection, with her sister Michelle. 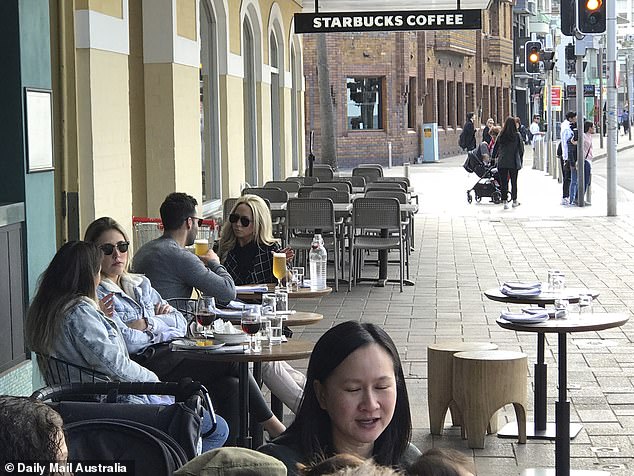 Rumours: The former Geelong Cats star has since been linked to Melbourne socialite Lauren Mand (pictured together in August), however neither has publicly confirmed romance rumours

Before becoming a WAG, she worked as an Account Manager for ACP and Pacific Magazines but quit her job to pursue her dream of running her own blog.

The mother-of-two first met Jimmy at the Melbourne F1 Grand Prix in 2008.

He proposed in 2012 on a private beach in Mexico with a simple diamond wedding band, however Nadia later picked out a more lavish ring featuring a huge round-cut solitaire diamond upon returning to Australia.

They tied the knot in an elaborate wedding on the Bellarine Peninsula in 2014. 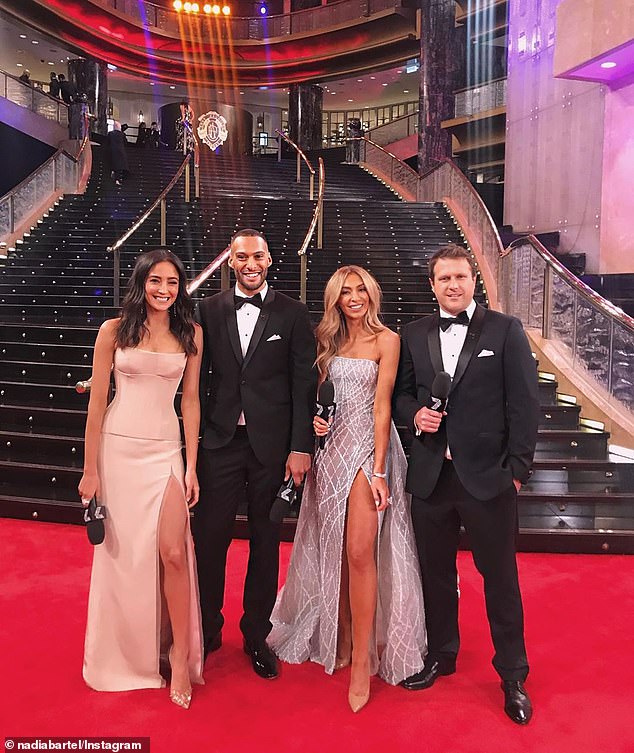 Moving on! Mother-of-two Nadia covered the Brownlow Medal red carpet for Channel Seven and appeared to be in high spirits despite her recent break-up. Pictured with co-hosts (left to right) Abbey Gelmi, Josh Gibson and Campbell Brown