Browns center and NFLPA president, JC Tretter, announces his retirement from the NFL

‘If I could talk to my 20-year-old self, I would tell him, we did everything we said we’d do and more’: Cleveland Browns center and NFLPA president JC Tretter announces his retirement from the NFL at the age of just 31

Browns center JC Tretter has announced his retirement from the league following four seasons with Green Bay and five with Cleveland.

The 31-year-old told the world of his decision via Twitter, saying he would be leaving the game ‘on my own terms.’

Tretter will hold his position as NFLPA president after recently being reelected for a second term.

‘I am proud of what I accomplished and how far I have come.’ he said in the statement.

‘I feel like if my 31-year-old self could talk to my 20-year-old self, I could earnestly tell him that we did it. We did everything we said we’d do and more.’

The New York native was released by Cleveland back in March as the Browns looked to clear some salary cap space. Cleveland gained $8.25 million by releasing Tretter.

Last season, Tretter started every game except for one, succumbing to COVID. 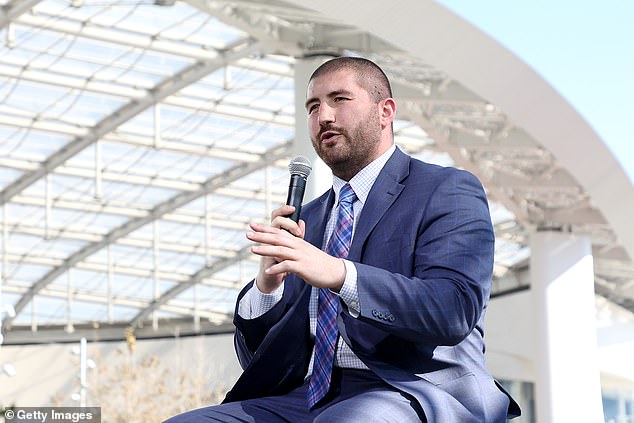 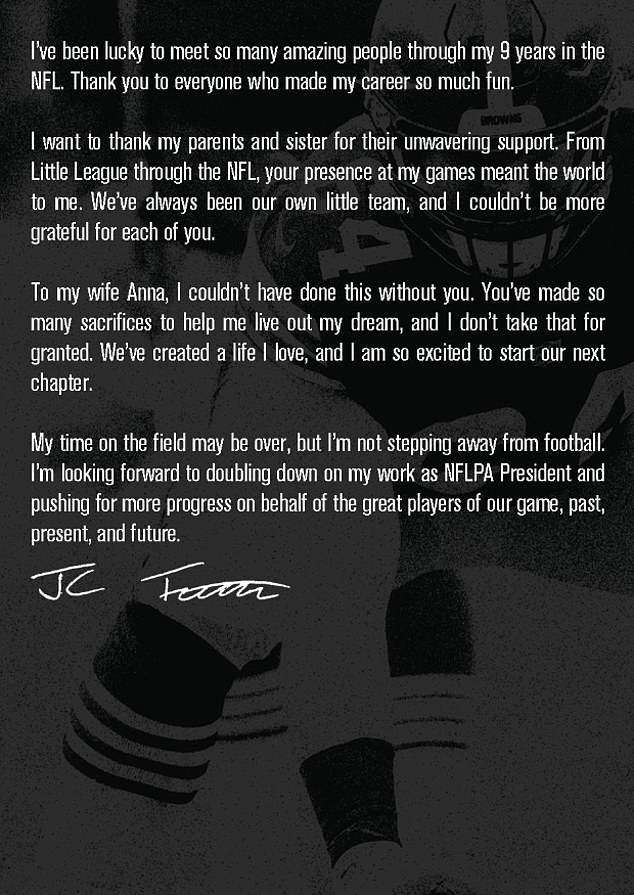 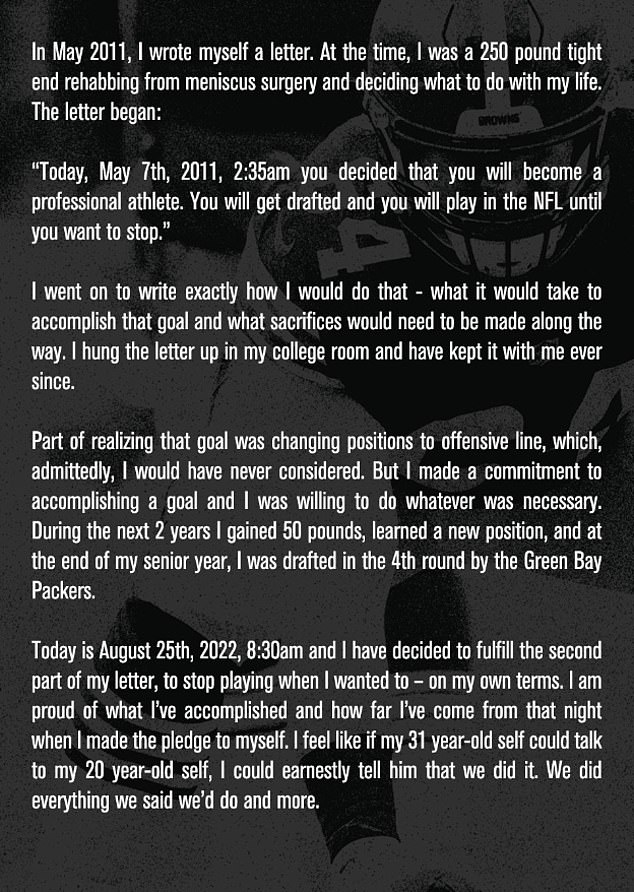 Throughout his career, he was the foundation in the middle of the line and was part of one of the NFL’s premier offensive line groups in more recent seasons in Cleveland.

Tretter attended Ivy League school, Cornell, starting off as a tight end before transitioning to the offensive line.

He was drafted in the fourth round of the 2013 draft before signing with with the Browns on a three-year, $16.75 million deal in that March. 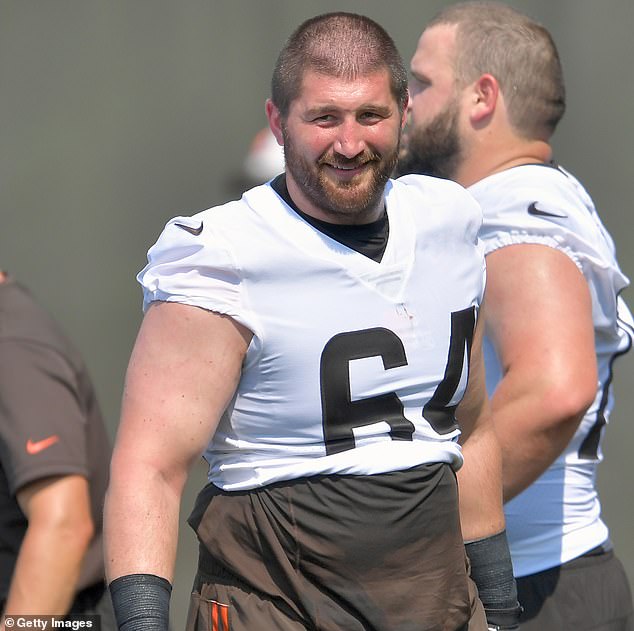