A jury has been told Brittany Higgins described herself being ‘as drunk as she’d ever been in her life’ on the night she alleges she was raped inside Parliament House.

The court was also told there are ‘massive holes’ in Ms Higgins’ version of what happened and that she was ‘barely lucid’ at the time of the incident.

In his opening address, prosecutor Shane Drumgold SC told the jury the level of Ms Higgins’ intoxication was important because it was relevant to her ability to consent.

Bruce Lehrmann has pleaded not guilty to sexual intercourse without consent.

His trial began in the ACT Supreme Court on Tuesday, overseen by Chief Justice Lucy McCallum.

Mr Drumgold outlined the prosecution’s version of events and the evidence the jury will hear throughout the case.

He said on Friday, March 22, 2019 Mr Lehrmann and Ms Higgins – who were working as staffers for former Liberal ministers Linda Reynolds and Steven Ciobo respectively – had been out drinking with colleagues at a Canberra bar.

The pair then went to a popular nightclub with some colleagues before leaving in a taxi together in the early hours of Saturday morning.

Ms Higgins thought she was on her way home but Mr Lehrmann said he needed to stop by Parliament House to collect some work, Mr Drumgold said.

The court was told that at the security gate to enter the building, Mr Lehrmann told guards via the intercom he was with Senator Reynolds and they were picking up documents.

Mr Drumgold told the court the security guards who saw the pair into the building observed they were affected by alcohol.

Ms Higgins alleges after the two of them entered Senator Reynolds’ office she fell asleep on a couch and woke up to Mr Lehrmann having sex with her. 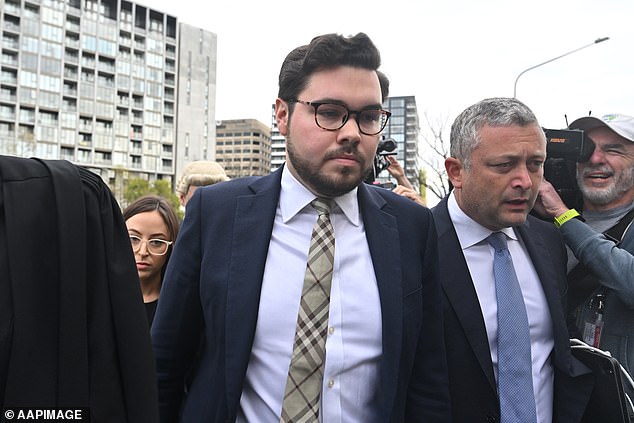 Bruce Lehrmann (pictured centre) arrives at the ACT Supreme Court in Canberra on Tuesday. The former Liberal Party staffer is accused of raping colleague Brittany Higgins at Parliament House in 2019, which he denies

After Ms Higgins ‘said “no” half a dozen times’ Mr Lehrmann left the building in an Uber and she fell back asleep.

Mr Drumgold said she woke up alone in the office later that morning when a security guard checked on her.

In text messages after the alleged incident, Mr Drumgold said Ms Higgins told a friend she had been ‘barely lucid’ at the time of the incident.

‘If he (Lehrmann) thought it was OK why would he have just left me there,’ Ms Higgins said in the message.

Defence lawyer Steven Whybrow said the Mark Twain quote ‘never let the truth get in the way of a good story’ rang true in the case.

He said there were ‘massive holes’ in the version of events Ms Higgins gave to the police. 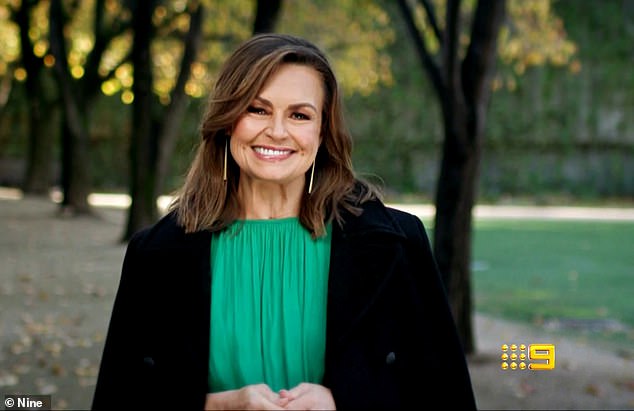 The Project host Lisa Wilkinson (pictured)  may be called as a witness in the trial of Bruce Lehrmann over his alleged raped of Brittany Higgins, which he denies

Mr Whybrow said while violence against women was an ‘under-reported and under-prosecuted scourge on our society’, the story Ms Higgins had told was not true.

‘This verdict in no way affects the conversations and the focus that is being turned to these issues. We have all known for some time these things are real,’ he said.

Before the trial began, the chief justice reminded jurors of the importance of impartiality.

Chief Justice McCallum labelled the trial somewhat of a ’cause celebre’ due to its high-profile nature.

‘It is a fundamental requirement that a person accused of a serious criminal offence be tried by an impartial jury,’ she said.

Senator Reynolds has been named as a witness in the trial, along with Liberal senator Michaelia Cash and former Liberal MP Steven Ciobo.

Journalists Samantha Maiden and Lisa Wilkinson may also be called as witnesses.

The trial is expected to run for between four and six weeks.