Bruno Fernandes says it does not matter who scored Portugal’s opener in a 2-0 victory over Uruguay that secured their place in the World Cup knockout phase.

It initially looked as though Cristiano Ronaldo had drawn level with Portugal’s record World Cup goalscorer Eusebio when he rose to try and head in Fernandes’ 54th-minute cross.

But replays showed that the Portugal captain, who has scored eight World Cup goals, did not get a touch on it and the goal was given to Fernandes as his team claimed a second successive Group H win. 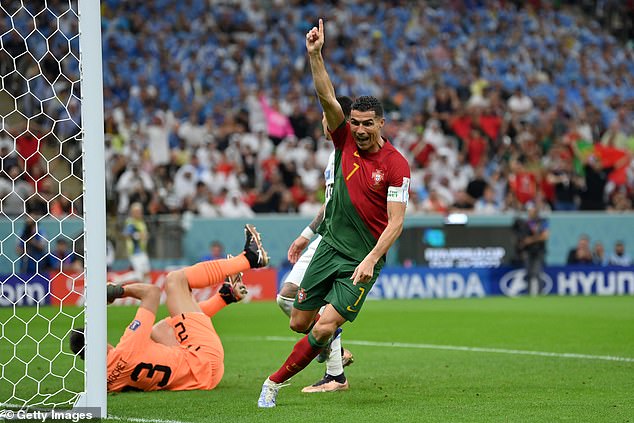 Fernandes’ opener, followed by a penalty from the Manchester United star in added time, proved enough to turn a tight and tense contest Portugal’s way.

And it left them in pole position to top their group ahead of facing South Korea on Friday. 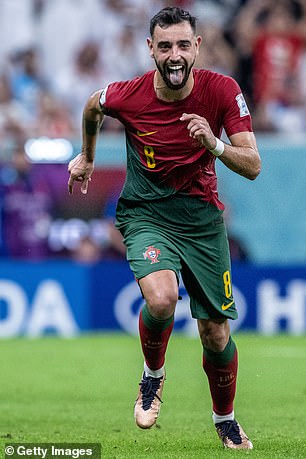 Fernandes starred with a two-goal performance against Uruguay

‘I don’t think it really matters who scored the goal at this point,’ Fernandes said.

‘The feeling I had at the time was that Cristiano touched the ball. I was passing the ball to him.

‘But the important thing was that we won tonight against a very tough opponent.

‘The importance of us being first in the group includes us winning the next game, which would allow us to come out of the group undefeated. That is what we want.

‘We have a very organised team ahead of us on Friday, and our objective is to take it match by match.’

Uruguay, meanwhile, will need to beat Ghana in their quest for a place in the round of 16.

‘We will be going all out for victory. It is a crucial game,’ Uruguay manager Diego Alonso said. 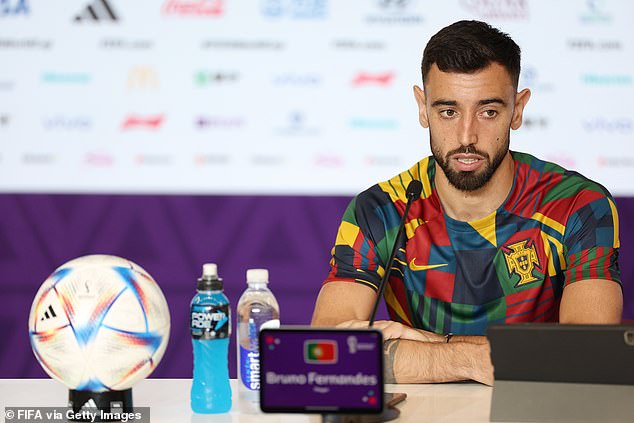 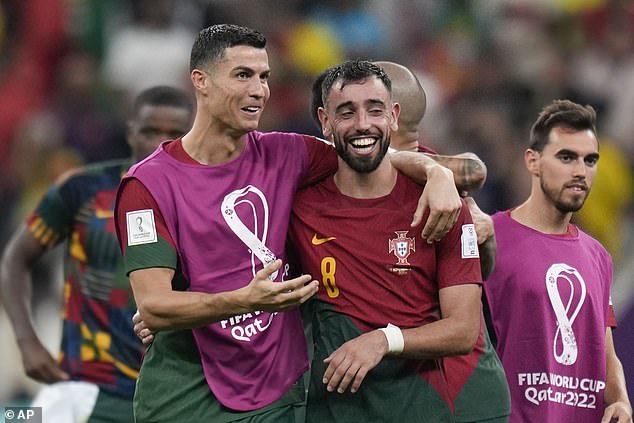 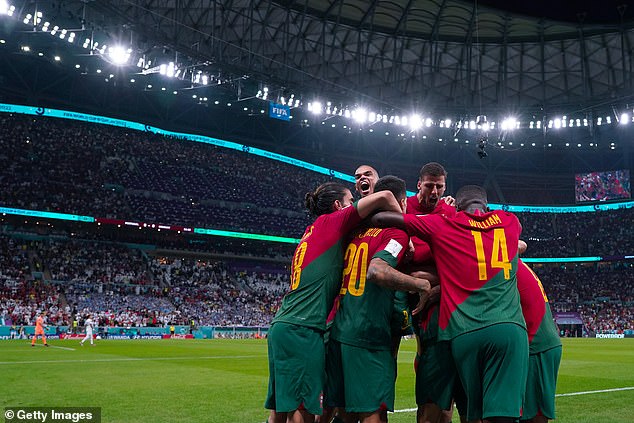 ‘We improved in the second half today. Portugal owned the ball before that, and that pressure had some effect.

‘Sometimes, things don’t work out. We had 11 chances, according to the statistics.’