The EU will today demand Britain signs up to Brussels laws and free movement rules during a transition period.

The Brexit row is set to burst back into life as the bloc formally adopts its negotiating guidelines for the next phase of the talks.

But Eurocrats are already claiming that the UK will end up begging for longer than the two-year transition being mooted by the government.

Theresa May is facing a rising revolt from Tory Eurosceptics over fears that Britain is heading for ‘BRINO’ – Brexit In Name Only.

Jacob Rees-Mogg made clear yesterday that support for the PM was conditional on her sticking to the plan for a clean break with Brussels.

One pro-Brexit minister said Eurosceptic MPs were on a ‘hair trigger’ because of concerns they would be ‘betrayed’ by a final deal with the EU.

Even a Remain-backing MP urged Mrs May to be bolder, saying policy-making needs to be less ‘tortoise’ and more ‘lion’.

The situation could get worse for Mrs May after the EU General Affairs Council meets this afternoon to approve guidelines for chief negotiator Michel Barnier.

The period is supported by both sides to avoid creating a ‘cliff edge’ for business after March 2019.

But the bloc is expected to demand the UK obeys EU laws for two years after that without having any say in deciding them.

Britain will also have to keep paying into Brussels coffers, while free movement rules will continue. 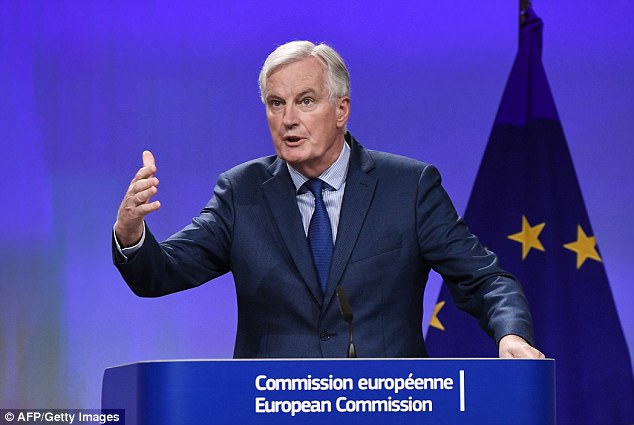 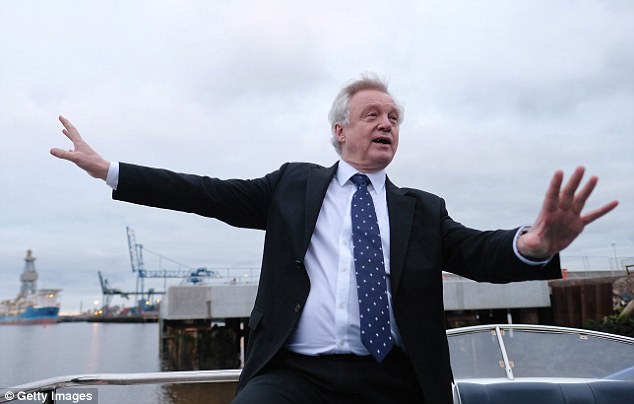 According to The Times, EU diplomats are convinced the UK will need longer than the two years floated by Mrs May.

However, government sources branded the idea they are plotting an extension as a ‘lie’.

Brexit Secretary David Davis and Mrs May have insisted the UK will leave the EU customs union and single market, describing the transition as ‘time limited’.

Mr Davis says he will seek the establishment of an ‘appropriate process’ for the UK to object to any new laws introduced during transition.