Ministers have been told by Brussels they must draw up plans to reduce air pollution within days or face legal action.

The EU rebuked Britain yesterday for failing to improve air quality in cities and warned that more deaths will occur without urgent action.

After years of falling short of safety standards, the UK was given a ‘final chance’ along with eight other countries.

Environment Secretary Michael Gove will be expected to present solutions to the EU by February 5.

Brussels said a case would be sent to the European Court of Justice (ECJ) if the response is deemed weak, potentially leading to a large fine.

Nitrous dioxide fumes, predominantly from diesel vehicles, are linked to an estimated 40,000 premature deaths a year in the UK as well as health problems such as heart disease.

The Government was ordered by a court to publish an action plan last July as it was revealed eight million children breathe in illegal levels of air pollution.

Mr Gove’s strategy so far however has received harsh criticism and is currently the subject of a judicial review action by environmental campaigners.

The European Commission yesterday called for the UK ‘to address this life-threatening problem with the urgency it deserves’. At a meeting in Brussels, junior minister Therese Coffey was told the UK should take ‘all possible measures without delay’.

The warning was also given to France, Germany, Spain, Hungary, Italy, the Czech Republic, Slovakia and Romania.

The EU’s environment commissioner Karmenu Vella said: ‘The only thing that can keep the Commission from going to court is if the action taken is sufficient to reach the targets without any delay.’

He added: ‘In our meeting there were positive suggestions but these were not enough to change the bigger picture.’ 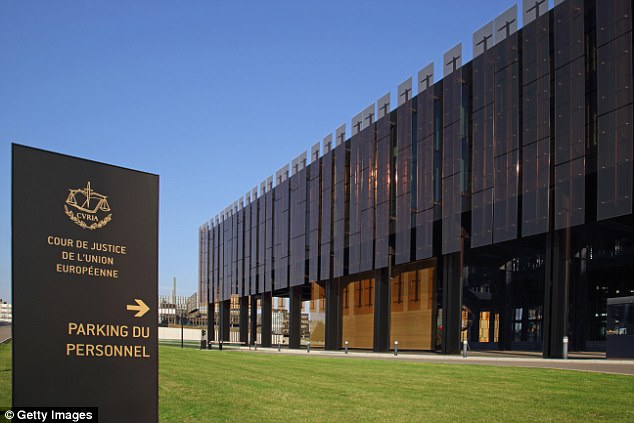 The UK was given a ‘final warning’ by the Commission in February last year after tests revealed safety limits had been broken in 16 cities, including London, Leeds and Glasgow.

Mr Vella said: ‘The deadlines for meeting the legal obligations have long elapsed. Some say we have waited already too long.’

Steps needed include creating incentives for the transport, energy and agricultural sectors to reduce pollution, he added.

Any referral to the ECJ could prove embarrassing for the Government as it seeks to negotiate a divorce agreement with Brussels. The UK is also likely to have to meet the EU obligations during a Brexit transition period and as a requirement under an eventual trade deal.

A fine would be determined according to how long the rules have been broken, with the UK having fallen foul of Brussels standards since 2010.

The Environment Department said: ‘Air pollution has improved significantly since 2010, but we recognise there is more to do which is why we have put in place a £3.5billion plan to improve air quality and reduce harmful emissions.’