Third-ranked Kansas and Kansas State ended their bitter showdown Tuesday night with an ugly melee behind the basket that included punches, shoving and at least one player picking up a stool.

The violence started when Kansas forward Silvio De Sousa was stripped by the Wildcats’ DaJuan Gordon near midcourt, as the Jayhawks tried to dribble out the time on their 81-60 victory.

When Gordon tried to go in for a layup, the Jayhawks’ big man recovered and blocked his shot, sending Gordon to the floor, then stood over him barking.

That triggered benches to empty and punches to be thrown in what amounted to an all-out brawl. 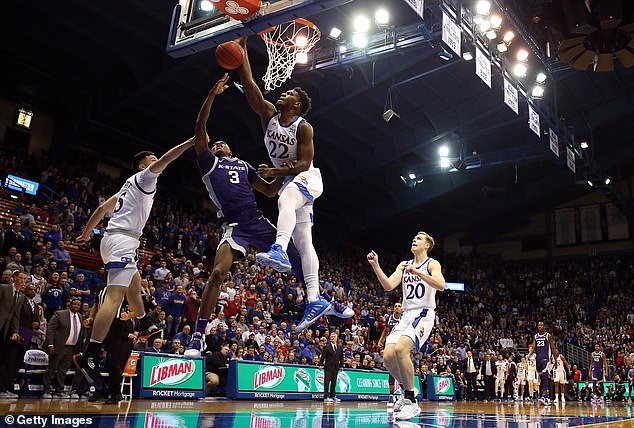 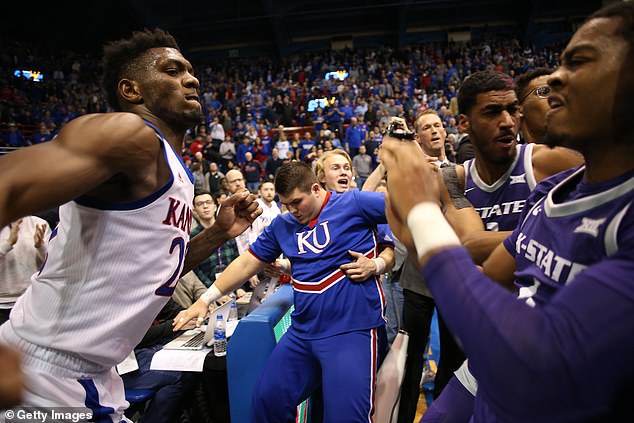 At one point, De Souza picked up a stool and held it above his head before assistant coach Jerrance Howard grabbed it from him before he could hit anyone.

It took both coaching staffs and security to separate the teams. A total of five players were ejected.

Then, adding to the bizarre finish, both teams were summoned back from the locker rooms by officials and one-tenth of a second was put on the clock. 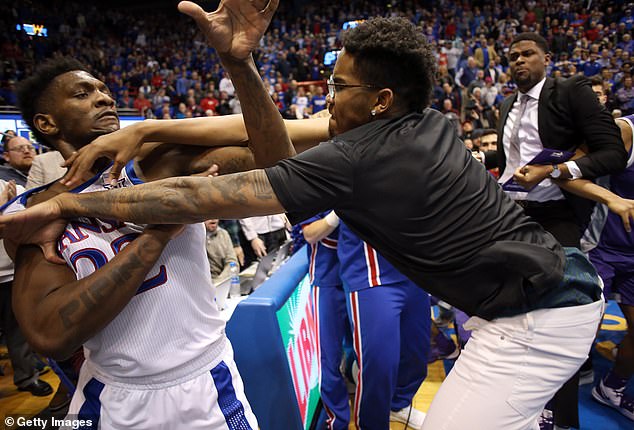 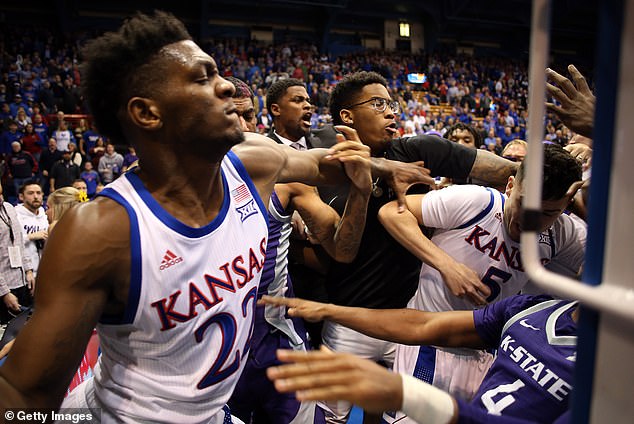 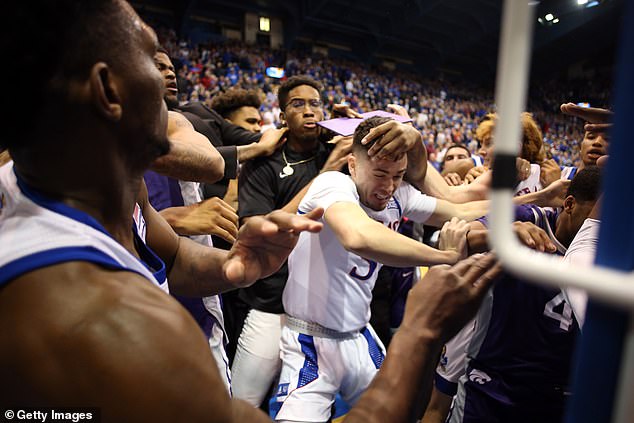 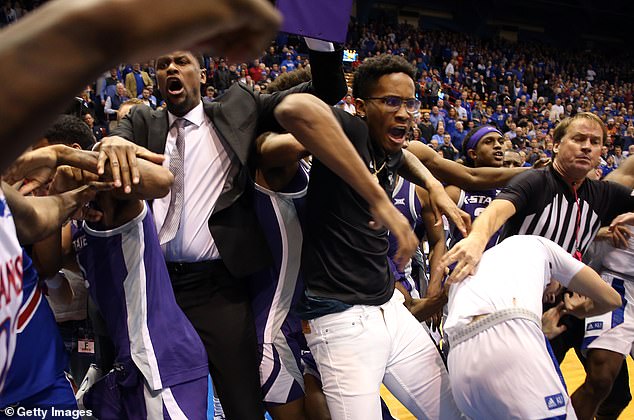 ‘Well, obviously it’s an embarrassment,’ Jayhawks coach Bill Self said. ‘It’s not something to be proud of. What happened showed zero signs of toughness. It’s a sign of immaturity and selfishness more so than toughness.’

The violent brawl immediately triggered calls for lengthy suspensions for several of the players involved.

Christian Braun scored a career-high 20 points, Devon Dotson added 18 and Udoka Azubuike finished with 10 points and 14 rebounds for Kansas, which beat the Wildcats for the 14th straight time at Allen Fieldhouse. 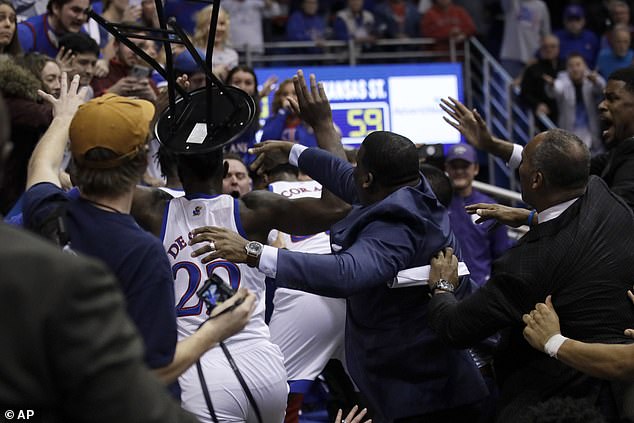 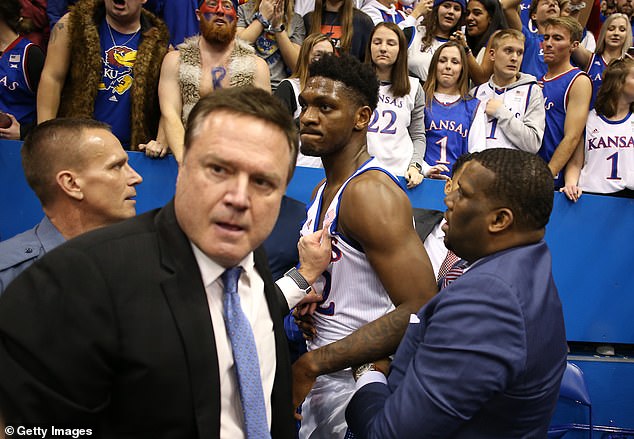 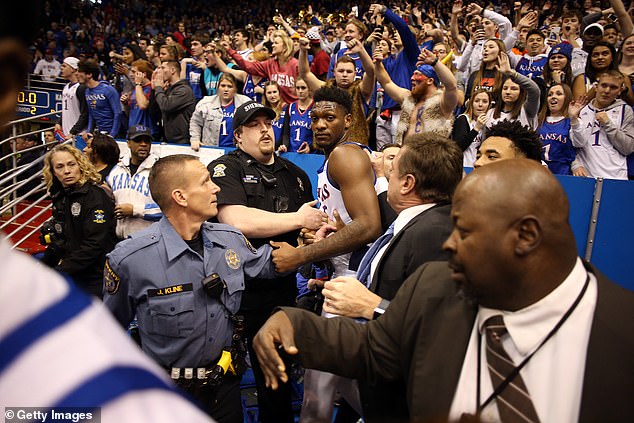 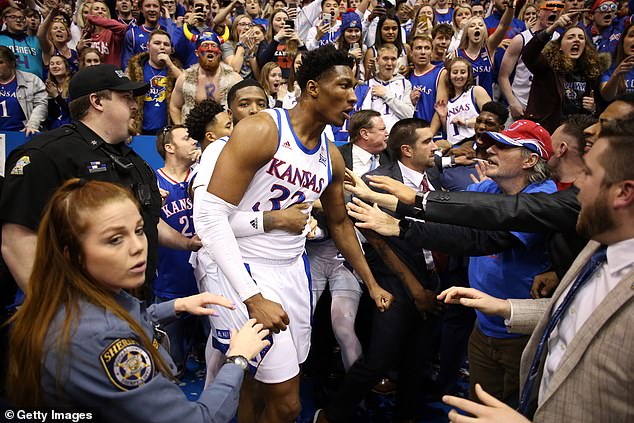 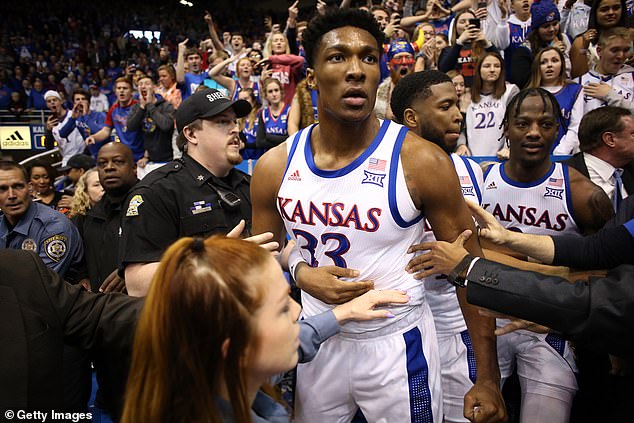 The Jayhawks, who lost to Baylor 10 days ago, also avoided back-to-back home defeats for the first time since 1988-89.

After moving up three spots in the polls Monday, the Jayhawks remained within one game of No. 1 Baylor atop the Big 12.