A brutal knife fight at a convention centre that left several people with stab wounds started over a dispute about concert tickets.

Six people were rushed to hospital after a fight broke out at the La Mirage Reception and Convention Centre in Melbourne in the early hours of Saturday morning.

The group had been attending Lebanese pop star Fares Karam’s concert at the venue, but had been kicked out earlier that night.

Chaos erupted after two men returned to the venue and confronted staff about not having drinks included in their $250 concert tickets, 7 News reported.

Three men had to undergo surgery and a 29-year-old man remains in a critical condition after suffering several stab wounds to his back.

The venue’s owner, staff and some of his friends were caught up in the violent brawl.

The floor was covered in blood as a knife-wielding man lunged at several people in the group – leaving one fighting for life.

Horrifying footage shows one man hitting another on the head with a metal pole while others hurl a series of punches.

The man who remains in a serious condition had to be resuscitated at the scene.

‘It’s confronting and I’m sure it was confronting for the patrons involved,’ Detective Senior Constable Dean Hartwell said.

‘I think all parties would be coming out thanking their lucky stars that they’ve come out with no serious injuries in this point of time that we know of.’ 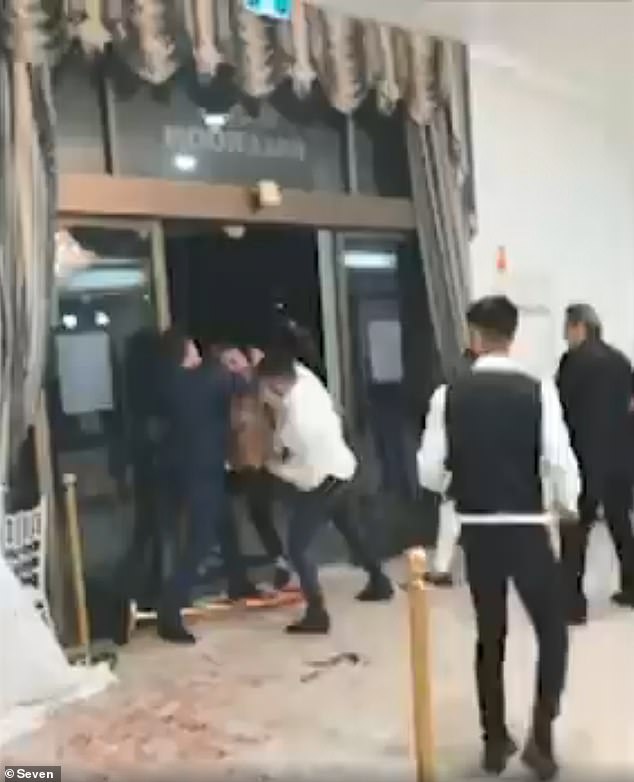 Rami Wassouf, who witnessed the scuffle unfold, told the Sunday Herald Sun he tried to break up the fight.

‘I tried to stop some of the people bashing each other,’ Mr Wassouf said.

‘One person had a knife and he started stabbing people.’

Victoria Police said the investigation is ongoing and nobody has been charged.

Three of the injured men stayed in hospital overnight after the brawl. 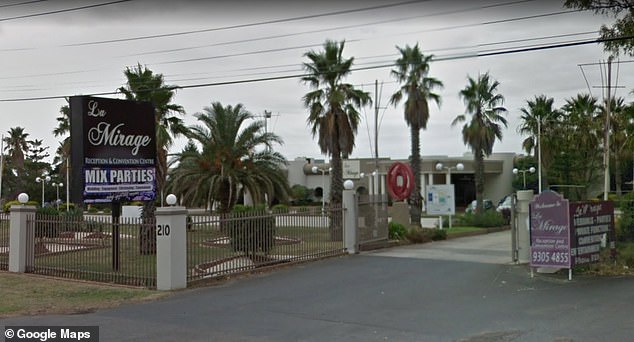