A man who allegedly sped through Melbourne’s Bourke Street Mall, sending terrified pedestrians diving out of harm’s way has been charged with multiple offences.

Bryce O’Donnell, 20, was arrested in Ballarat on Thursday afternoon over the horrifying incident that took place on January 28.

Mr O’Donnell allegedly tore down the street in a green Mitsubishi Lancer to evade police around 5pm last Thursday.

A male passenger got out of the car and ran away, as police drew their firearms in a bid to stop the driver.

After ramming into a bollard, the driver did a U-turn back along Bourke Street and escaped.

Officers found the car on Ashworth Street in Albert Park just before 7pm without number plates.

The 20-year-old was questioned by detectives last night before being charged with 11 offences.

Bryce O’Donnell, 20, was arrested in Ballarat on Thursday and charged with 11 offences over the Bourke Street Mall driving incident 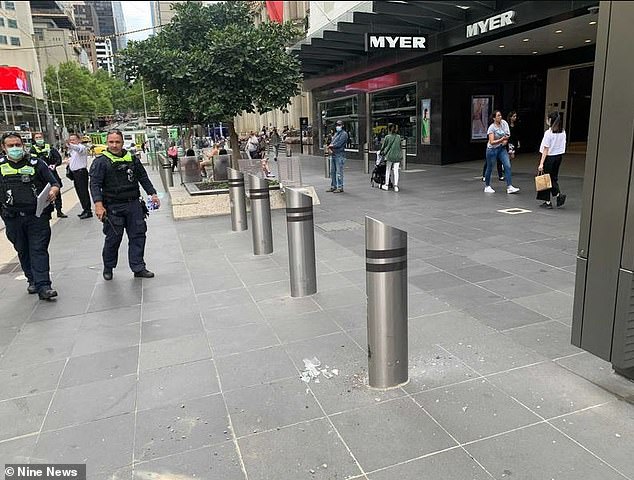 He was also charged with driving while disqualified.

Mr O’Donnell appeared at the Melbourne Magistrates Court on Friday and did not apply for bail.

He will face court again on February 23.

Police said the passenger in the Mitsubishi Lancer was arrested separately, and they aren’t looking for anyone else as part of their investigation.

At the time of the shocking incident, witnesses said pedestrians were forced to dive out of the path of the car as it came ‘tearing down’ the street. 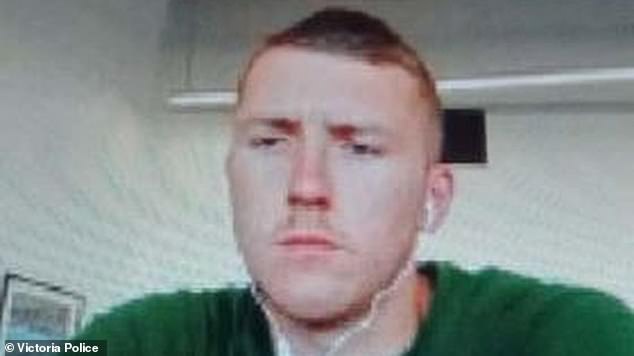 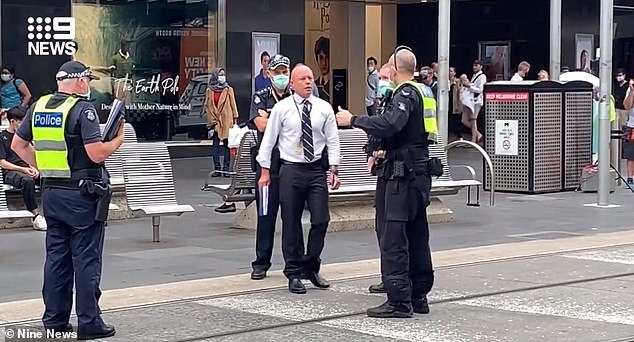 One witness said ‘folks were running in every direction, into the shops,’ as the car sped through the streets.

He said the officers were ‘stymied’ in trying to effectively stop the car in its tracks by a tram which cut them off, appearing to ‘miss the sound of the sirens’.

Police had been following the driver after noticing the number plates didn’t match the car.

The incident was eerily reminiscent of the devastating Bourke Street rampage of 2017, when James Gargasoulas ran down and killed six people in the busy CBD – including a baby boy and a young girl.

Gargasoulas injured dozens of others, knocking them to the ground and into walls while driving in a drug-induced psychosis.

He was sentenced to life in jail at Victoria’s Supreme Court on February 22, 2019 with a non-parole period 46 years making him eligible for parole in 2063.

The non-parole period of 46 years is understood to be the longest handed down in Australia. 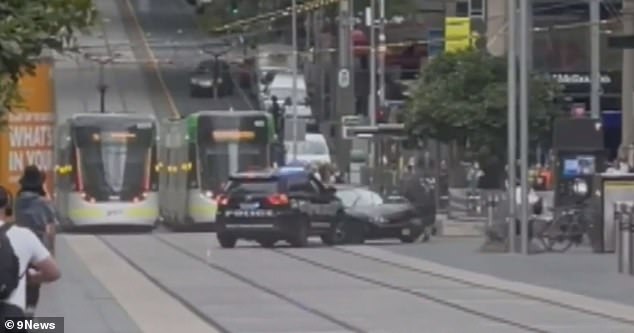