Brynne Edelsten tells the story of her drugs charges, being homeless and being horrifically trolled

Brynne Edelsten has opened up about the drug charges, vicious trolling and homelessness she has faced since her break up with the late Geoffrey Edelsten.

The Melbourne socialite tells her side of the story in a 7News Spotlight special due to air on Sunday night where she reveals details of last year’s shock arrest.

The ex-wife of the Allied Medical Group founder was charged with drug trafficking while at a friend’s Melbourne home last year. 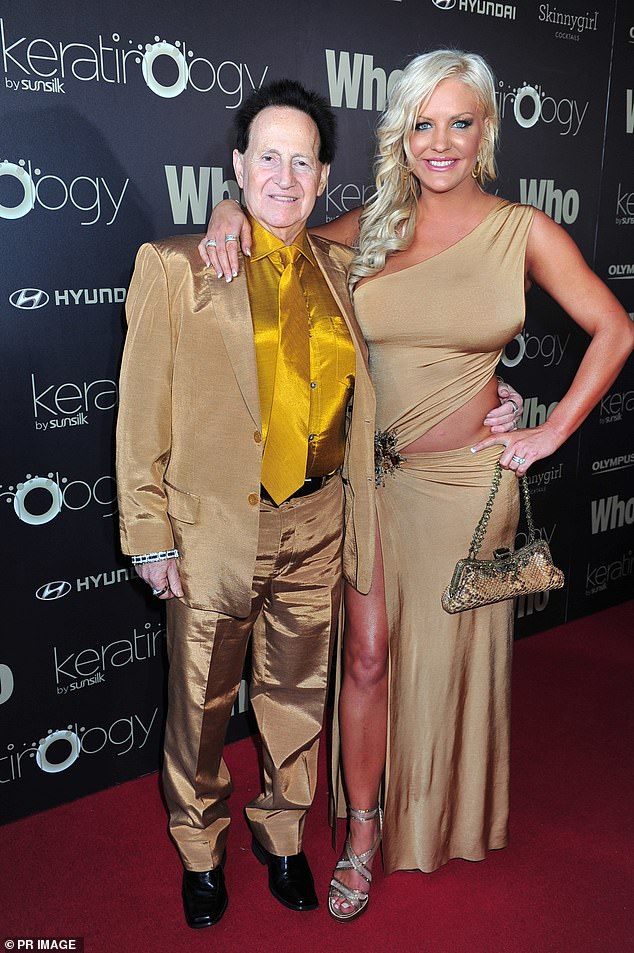 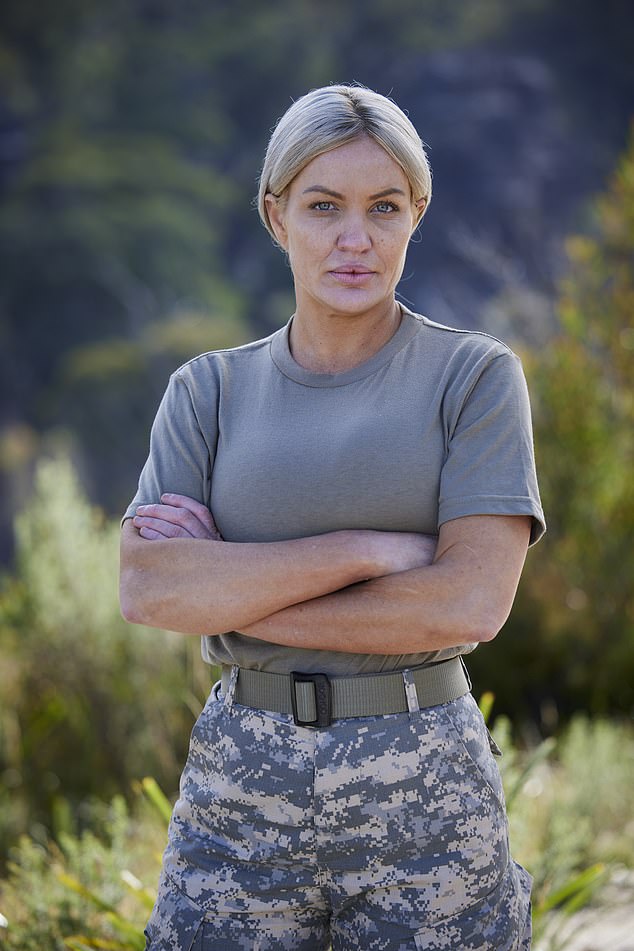 ‘I had gone to visit a friend. I had stepped three feet onto his front lawn and all of a sudden we were being raided,’ Ms Edelsten tells the show.

‘I knew I had nothing to worry about, I didn’t have any drugs, I didn’t do anything wrong. But I was charged with all these things.’

The TV star was accused of drug trafficking, possessing and using methamphetamine, and dealing in property suspected of being the proceeds of crime.

She was granted bail and said at the time she was ‘shocked and saddened’ by the events and would ‘vigorously’ fight the charges.

The former fitness instructor also tells the show about the abuse she endured from online trolls after her arrest.

‘I was getting emails from people calling me a filthy drug w***e, and to go kill myself,’ Ms Edelsten tells Spotlight.

She also revealed the torment she endured after her divorce from the millionaire businessman she was married to for five years.

‘I haven’t probably had the best relationships since then,’ she says.

She also tells the program of how a break up with an ex-partner drove her to a crisis shelter during Melbourne’s lockdown. 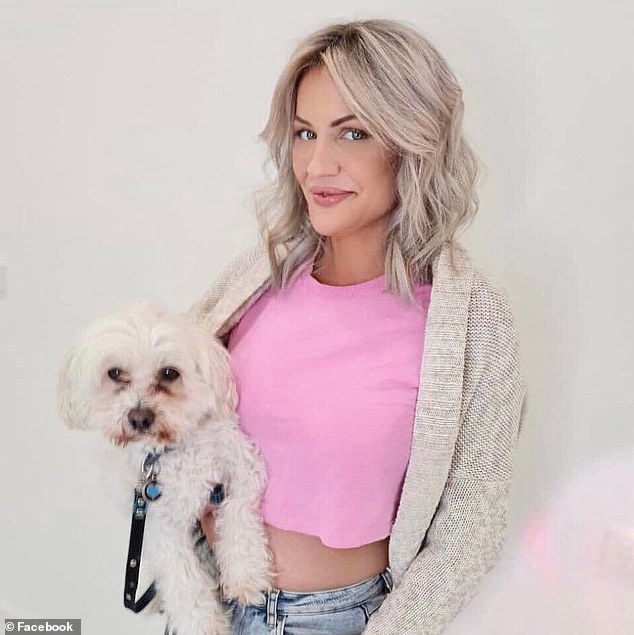 Most of the charges against the former fitness guru (pictured with her dog)  were struck out last February, leaving one drug use charge still hanging over her head

‘There’s been at one point,[I was] left homeless and [had] gone into crisis accommodation because I had to,’ Ms Edelsten reveals.

She said the few months spent in crisis accommodation helped her get back on her feet.

Last year’s drug charges were dropped in February, with the exception of the meth use charge which is still before the court.

The Californian TV star has applied to be dealt with via a diversion program through the magistrates court.

If she admits to her offending under this program, and maintains good behaviour for a set time, her criminal record could be wiped clean.

The reality TV regular, who has appeared on Dancing with the Stars, Celebrity Splash and My Bedazzled Life, will appear for a diversion hearing in court in August.

Ms Edelsten first shot to fame after publicly announcing her engagement to celebrity physician and businessman Geoffrey Edelsten at Melbourne’s Crown Casino in 2008 when she was 40 years his junior.

The pair married one year later before they split in 2014 with unpaid legal fees from the messy divorce leading Ms Edelsten to bankruptcy in 2016.

A year after breaking up with Ms Edelsten, her ex-husband married model Gabi Grecko, 46 years his junior, and the headline-hogging pair had a tumultuous relationship.

He died alone, aged 78, at his Melbourne home in June last year.

Last month the 38-year-old Ms Edelsten gave birth to a baby after announcing her pregnancy back in December but the father of the child remains a mystery.

7 News Spotlight: The Fame Game goes to air on Sunday night on Channel 7 and 7plus. 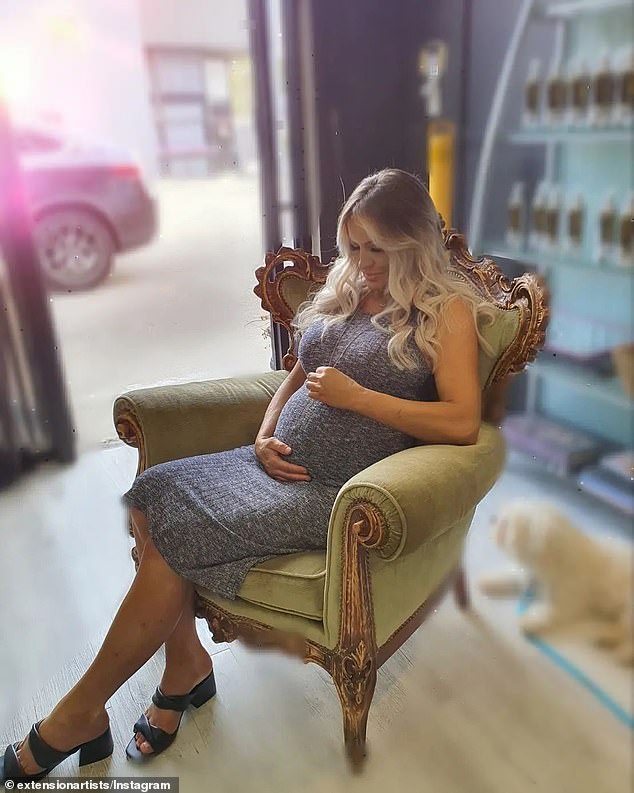 Last month the 38-year-old Ms Edelsten (pictured) gave birth to a baby after announcing her pregnancy back in December – the father of the newborn remains a mystery. 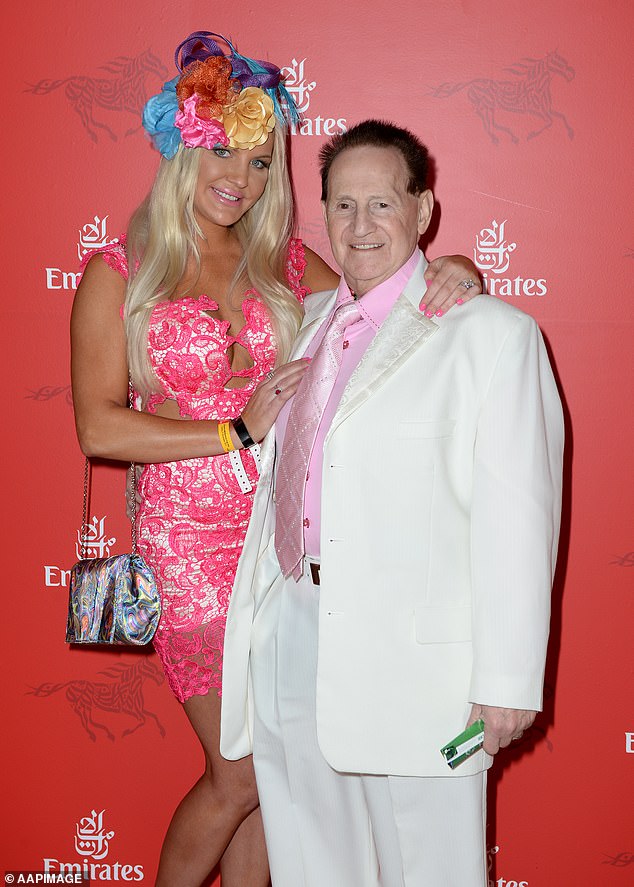 Life of luxury: Brynne once lived a privileged lifestyle with her ex husband, the late businessman Geoffrey Edelsten. Pictured together during their marriage