Bryony Frost and boyfriend to ride against boyfriend at Cheltenham

As the woman tipped to become the best female jockey of all time, she has always had a competitive streak.

But today Bryony Frost faces a special challenge – as the first woman jockey to race against her other half at Cheltenham. 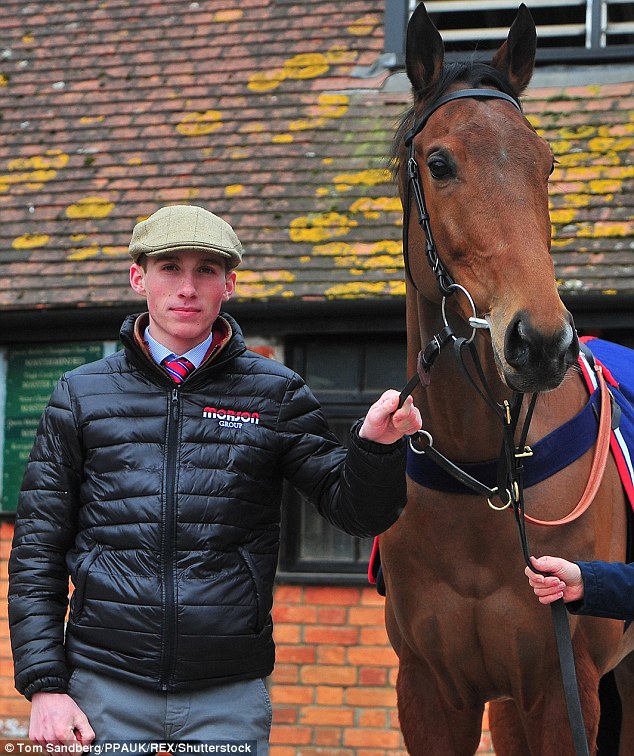 Her boyfriend and his mount Harry Cobden. The pair will racing against each other during the Cheltenham meeting 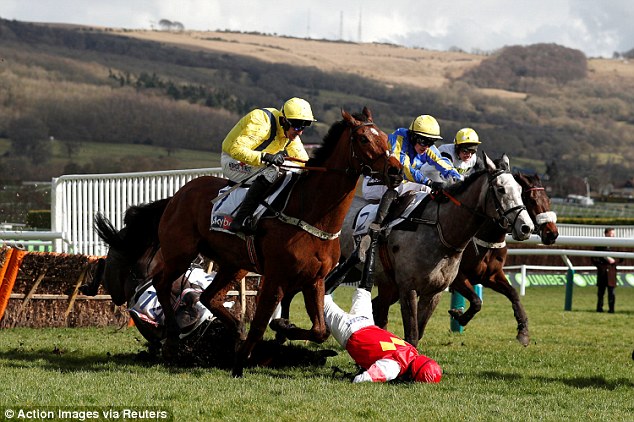 She will ride Black Corton against Mr Cobden on Elegant Escape. With their horses on odds of 6/1 and 8/1 respectively, the 2.10pm RSA Chase looks likely to be a tight race.

A source said: ‘This is the first time a couple have raced against each other at the festival. Races are always high spirited, but I imagine this one will be even more competitive.’

Miss Frost, from Devon, is regarded as the golden girl of racing, having become only the second British woman to win a grade-one championship race.

After a remarkable year in which she has stolen victory after victory, elite trainers believe she could become the greatest female jockey ever.

She met Mr Cobden, from Somerset, when they rode ponies together on Dartmoor as children.