BTS is bringing their talents to the America’s Got Talent stage.

The wildly popular South Korean pop group will take a break from their ‘Love Yourself’ Tour to perform during an upcoming episode of the Fox competition series. They intend to debut a new song called Idol during the show.

The band released a version of the song Idol on Thursday. The song featured a verse that previously wasn’t there and a Nicki Minaj feature. 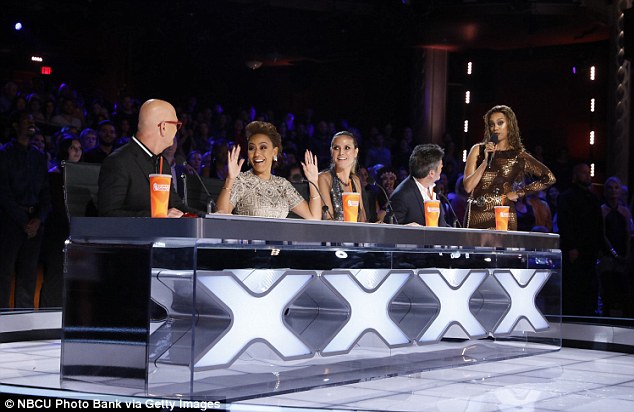 The America’s Got Talent judges will decide which five of 11 remaining contestants will be going to the finals in season 14 on Wednesday, September 12

A clip of the announcement surpassed Taylor Swift’s record for most-viewed video on YouTube, collecting more than 45,000 views in less than one day.

BTS began their ‘Love Yourself’ tour on August 25. They’re currently doing a four-night run at Staples Center in Los Angeles, California that will end on Friday.

When the boys of BTS take to the stage on America’s Got Talent, only five semifinalists will remain. The first round of the semifinals will take place on Tuesday, September 11 with 11 competitors vying to get to the next stage.

The winner of this season of America’s Got Talent will be announced on September 19.

Who’s left on America’s Got Talent?

The semifinal rounds on America’s Got Talent will begin on Tuesday, September 11. Of the 11 acts competing, only five will make it through to the second round.

During the second semifinal round, taking place on Wednesday, September 12, BTS will perform.

Voting for America’s Got Talent is currently closed. It will open again on September 11.

You can cast your votes online.

BTS began its ‘Love Yourself’ Tour on August 25 with a show at the Olympic Stadium in Seoul, South Korea. They’re currently playing a four-night run at the Staples Center in Los Angeles, California.

Their tour will hit even more states and countries as it goes on. The final show will be in Japan in February 2019.

Tickets to BTS’s world tour are sold out for the most part. The first show with tickets still available is a November show in Japan.