The NFL superstar became the most sacked quarterback in the league’s history during the Thursday Night Football matchup.

Heading into the game, Brady, 45, needed to be sacked just twice to break the record, previously held by Ben Roethlisberger.

The historical sack came from Ravens linebacker Justin Houston. He completed both sacks in the first half.

Retired Steelers quarterback Roethlisberger previously held the record with 554 sacks but Brady took back-to-back sacks in the first quarter to bring his total to 555 in his nearly 23-year career.

The seven-time Super Bowl winner actually talked about the possibility of breaking the record on his Let’s Go! Podcast earlier this week. 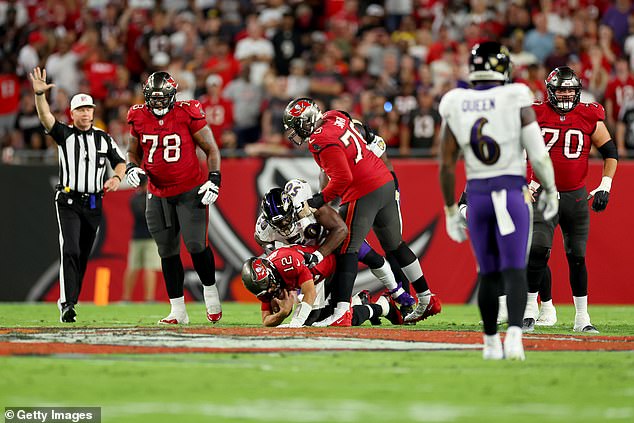 The 22-year veteran joked that his not-so-impressive mobility on the field was what should be credited for his impending new accomplishment.

‘I’d like to actually thank my complete lack of agility and speed for allowing me to knock on the door of this very esteemed NFL record,’ Brady said.

‘I have some other cool ones. This one I’m probably not as excited about. … Like we always say, some things get better with age, I think the feeling you get when you’re sacked is not one of those. 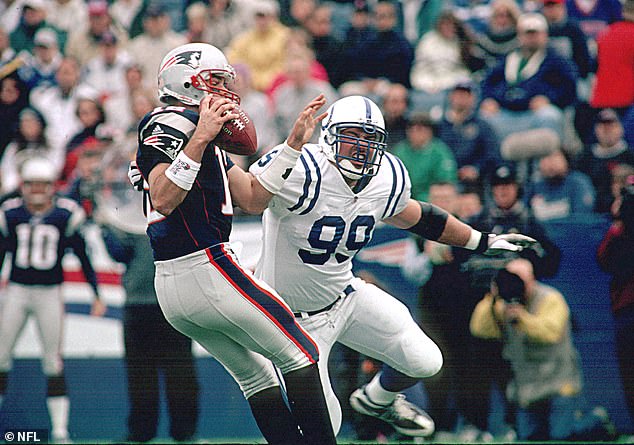 It’s been a while since Brady was first sacked in a game against the Indianapolis Colts on September 30, 2001. Despite Brad Scioli’s takedown, the Patriots won 44-13 in Foxborough 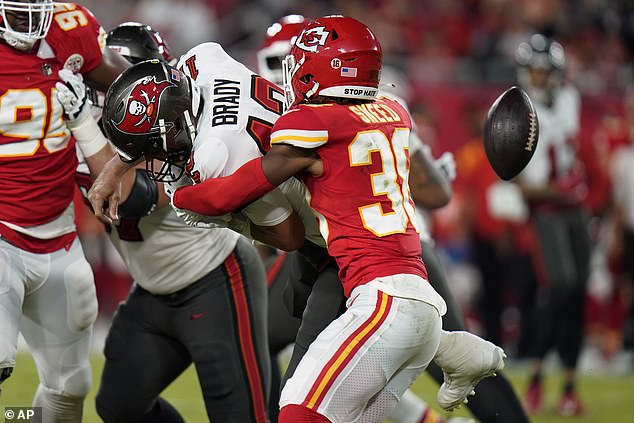 ‘After as many times as I’ve been sacked at my age, I’d prefer to, let’s just pass this record pretty quickly and hope I don’t add too many more to that growing list over the second part of this season. Some would say, Jim, that I’m just trying to diversify the portfolio, so we’ll leave it at that.’

The Buccaneers’ fortune appeared to be changing as they lead at halftime following two straight defeats but their grasp on the lead slipped in the third as the Ravens pulled ahead.

Brady hasn’t had the best of seasons so far, with his Bucs team currently 3-4 on the season and suffering a demoralizing defeat to the hapless Carolina Panthers by a 21-3 scoreline on Sunday.