The ‘Bucket List Family’ have found a home base after three years of traveling the world to settle down in Hawaii.

Tech entrepreneur and millionaire Garrett Gee and wife Jessica are taking a break from being nomads and bought a home in Hawaii to raise their three children Dorothy, five, Manilla, four, and seven-month old Calihan.

The family-of-five have visited more than 60 countries together after Garrett sold his mobile-scanning app to Snapchat for $54million in 2015 .

But the parents, originally of Utah, have revealed the toll traveling consistently has begun to take on their children and shared why they’re making the US island their home.

‘This is home base while we continue to travel, this is a place where we can have some consistency, community. The kids can get involved with school and soccer and other activities like that,’ said Garrett.

Tech entrepreneur and multi-millionaire, Garrett Gee and wife Jessica have settled down and bought a home in Hawaii (pictured traveling to India) 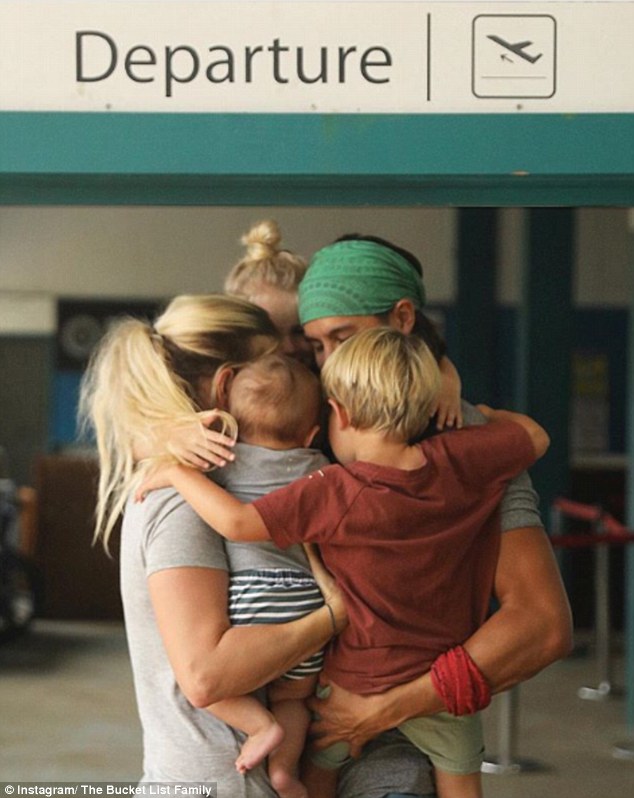 Garrett, 30, and Jessica, 32, have been traveling with their two children, Dorothy, age 5, and Manilla, age 4, for three years and introduced their fifth earlier this year 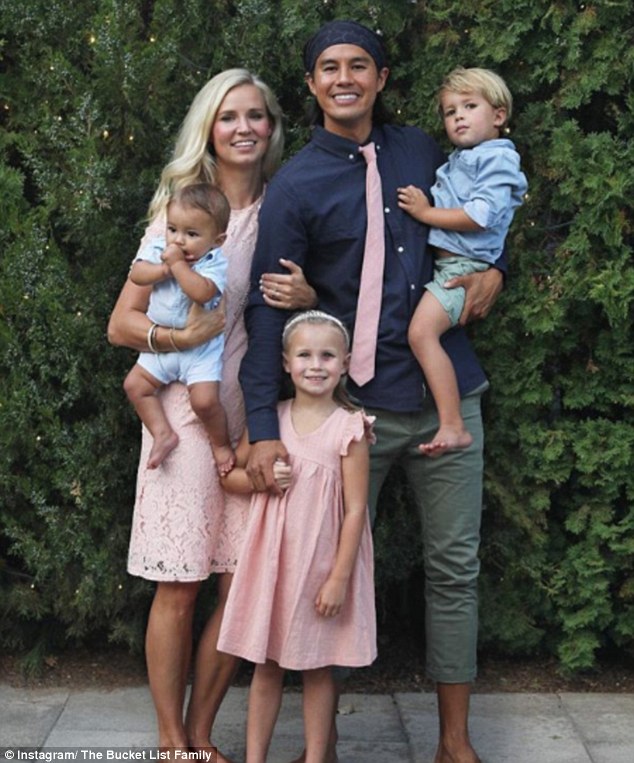 Seven months ago they introduced the fifth member of their family, baby Calihan (in Jessica’s arms)

Jessica revealed some of the struggles of being a parent while also a full-time traveler.

‘Sometimes we would have friends come out and visit for a week and when they would go home my daughter would just lose it and it was the hardest thing for me,’ Jessica said . ‘That’s like the one thing I feel like I’m taking from them with all of this.’

But the Gee’s say they don’t plan to stop travelling even though they’ve settled down. They already have trips to Greece and China planned.

Jessica said they were happy to know they can take the children out of school for 25 days in the school year which she said is more than enough.

And their new schools are far different from the ones they were attending while on the road.

Dorothy and Manilla attended their first day of school in an orphanage in Bali, and their second time attending school was in South Korea, Garrett said.

‘We try to put the kids in school wherever we can,’ he said earlier this year. 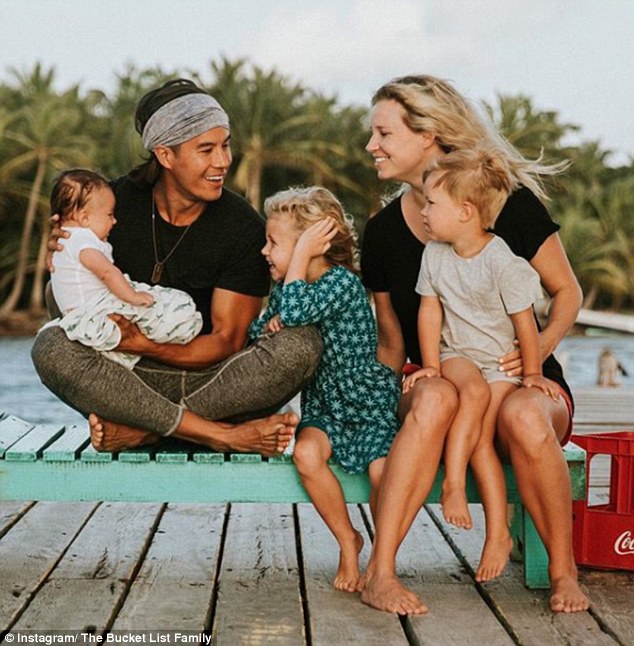 Garrett, age 30, is a former high-tech entrepreneur, who famously sold his mobile scanning app to Snapchat for $54 million as a college student in 2015.

After that, the software whiz and his wife, Jessica, 32, sold everything they owned to travel the world.

And they did with their two children, Dorothy, age 5, and Manilla, age 3.

The family returned to their home state of Utah for a few weeks so Jessica could give birth to Calihan.

Garrett said Jessica ‘fell in love with Hawaii and I was like, ”alright, let’s do it!”

The average parent who has a hard time taking a toddler to the grocery store down the block might wonder how these two have handled covering more than 60 countries, and taking over 180 flights, in lthree years.

‘It’s not easy traveling with young children,’ Jessica told People while on the road and pregnant with their third child, but she said it got more manageable as time went on.

‘There were many times when we wanted to give up and return to the comforts of our hometown. It was extra hard in the beginning, so now wherever we go, it’s important to keep some consistency in our daily routine. Even though the kids wake up in a different country each week, they know their daily schedule will be somewhat familiar and consistent.’ 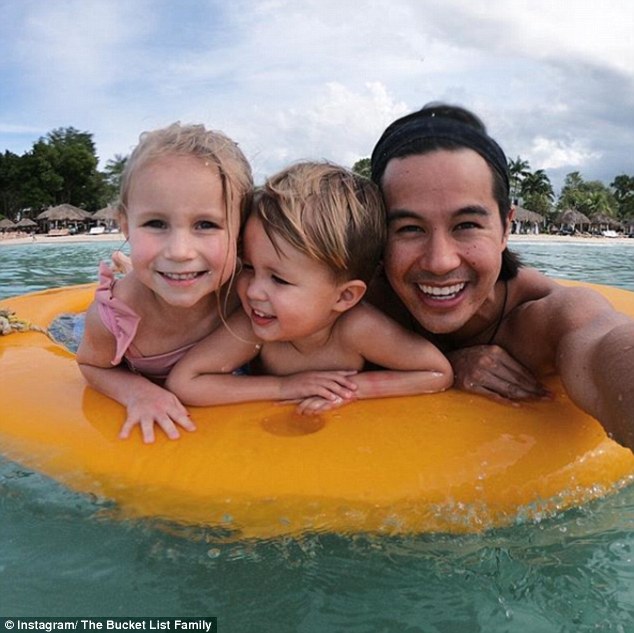 But they said they will continue to travel and already have trips planned for school breaks, dad is pictured with Dorothy and Manilla 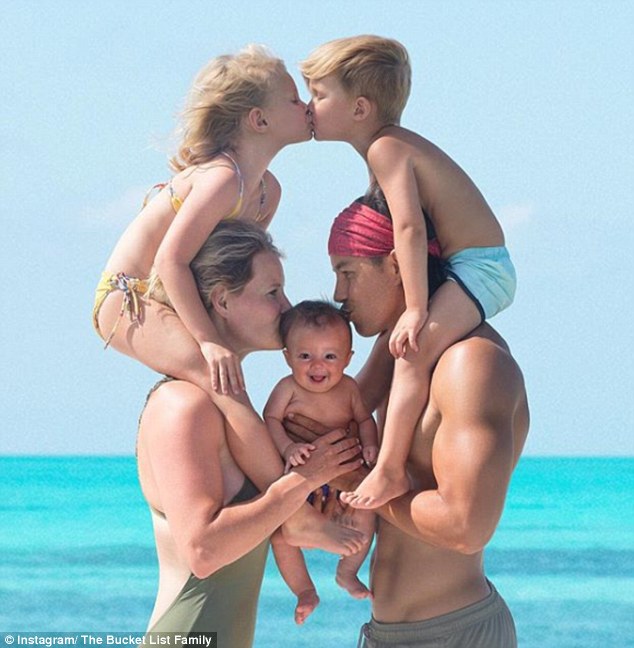 The family pictured in Tonga, will continue travel but on a smaller scale

Despite being incredibly wealthy, the family had not touched the $54million for travel, and instead monetized their social media accounts.

The Gee’s still embraces everyday activities, wherever they go, like grocery shopping in Paris and flying kites in Thailand.

‘Sometimes, the most memorable adventures are the simple joys,’ Garrett said.

Of course, they also do a lot of extraordinary things, like playing with penguins on the beach in Cape Town, sleeping in a castle in Ireland and diving with sperm whales in Dominica.

It helps that the family is able to welcome loved ones with them on their journeys, flying them out to wherever they may be when they get a bit homesick.

Earlier this year, they put on their bucket list that they were hoping to find a home base.

But don’t expect the notoriously ‘homeless’ crew to get too comfortable in one spot, for too long.

‘Travel will always be a big part of our lives,’ Jessica said.