The Queen of England honored the Queen of Soul by playing Respect during the Changing of the Guard ceremony on Friday morning ahead of Aretha Franklin’s funeral.

The Band of the Welsh Guards performed a cover of the 1967 hit during the ceremony outside Buckingham Palace in central London as a tribute to Aretha, who died aged 76 on August 16 from pancreatic cancer.

The song offered an unusual twist to this morning’s traditional ceremony – which, as the name suggests, marks the moment Queen Elizabeth II’s Guard hands over responsibility for protecting the palace to a new set of guards.

The Army in London’s Twitter account tweeted a video of the performance, writing: ‘Respect for others underpins all we do in the @BritishArmy so it was no surprise that the @WelshGuardsBand paid tribute to musical icon and inspiration #ArethaFranklin at Changing of the Guard at Buckingham Palace today.’ 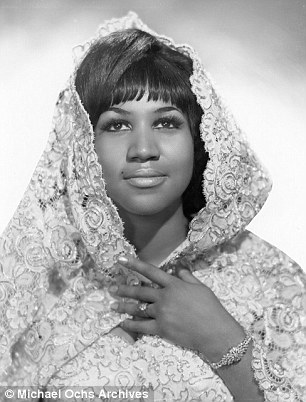 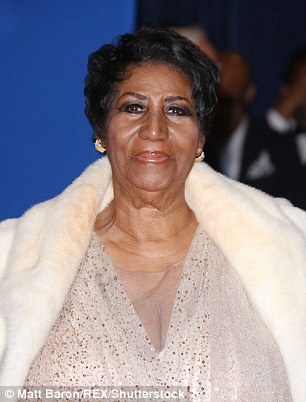 The performance paid tribute to the legendary artist, who died aged 76 on August 16. Aretha is pictured left the year Respect first came out in 1967 and right in 2016

Another video of the performance was taken by a New York man who’d stopped by to watch the formal occasion, which takes place several times a month outside the Queen’s residence.

Buckingham Palace has on many occasions used the Changing of the Guard as an opportunity to acknowledge world events.

For example, the day after the 9/11 terror attacks in New York City and the capital, America’s National Anthem was played during the ceremony. 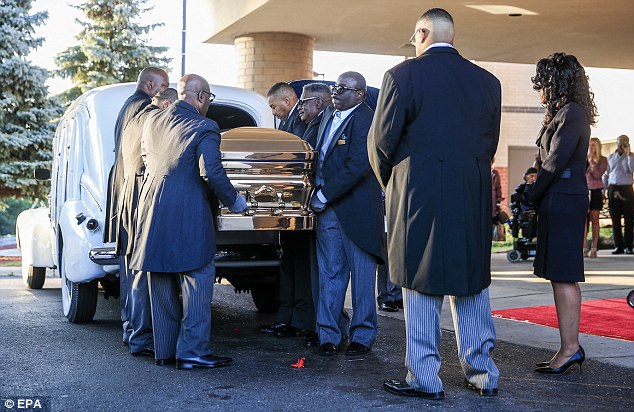 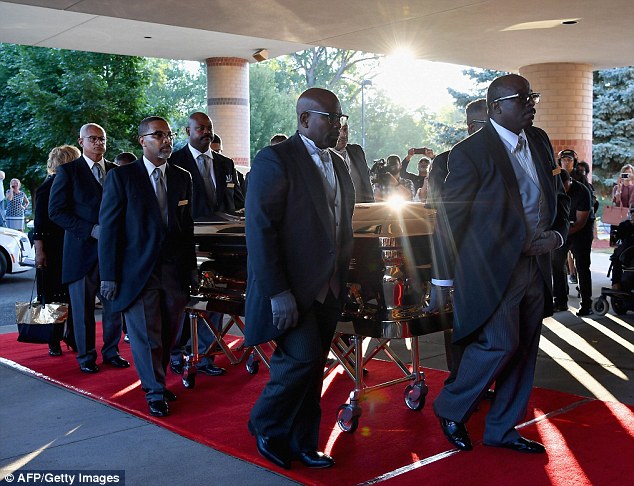 Across the pond in Detroit, Michigan, Aretha was carried down a red carpet in to Greater Grace Temple on Friday morning in a gold plated casket, wearing a gold, full length dress ahead of her star-studded funeral.

After the four-hour-long ceremony, the hearse will pick her up again to take her body to Woodlawn Cemetery, where Parks and her father were also buried.

Organizers have insisted Friday’s service will be a ‘spiritual awakening’ and not a ‘concert, show or awards production’.

Former president Bill Clinton, Rev Jesse Jackson and Smokey Robinson will all speak at the Queen of Soul’s final send-off.

The A Change Is Gonna Come singer and Clinton are old friends, and she sang at both his inaugurations.

When the former President arrived, he was seen fumbling with papers, including what appeared to be his speech and an order of service, as Democratic Presidential candidate Hillary Clinton slipped into the church.

The service will not just be for the A list. The first 1,000 people lined up at the Greater Grace Temple will be given access inside, an offer that has created massive crowds outside the church.

But Bishop Charles Ellis III, of Detroit’s Greater Grace, said the funeral will be a respectful service clear of all the pomp and ceremony seen over the past week.