Dual AFL premiership winner Lance ‘Buddy’ Franklin has given his strongest indication yet that he will retire at the end of the 2022 season and has put all contract talks on hold until the completion of the finals.

The future of the 25-year old star, who kicked his 1000th AFL goal earlier this season, has been a hot topic with his mega nine-year deal worth $10 million to expire at the end of 2022.

Could Buddy Franklin be preparing to farewell the AFL forever at the end of the 2022 season?

The Sydney Swans remain interested in extending his tenure in the Harbour City after the forward turned back the clock this season to steer the Swans into the AFL top eight and a possible premiership tilt.

However the Brisbane Lions have also been linked to the eight-time All-Australian legend with rumours swirling that Franklin and wife Jesinta Franklin are looking to re-locate to the Gold Coast.

Franklin issued a statement via his manager on Saturday morning addressing the contract talks saying it will be a ‘family decision’ in a strong indicator retirement is on the table. 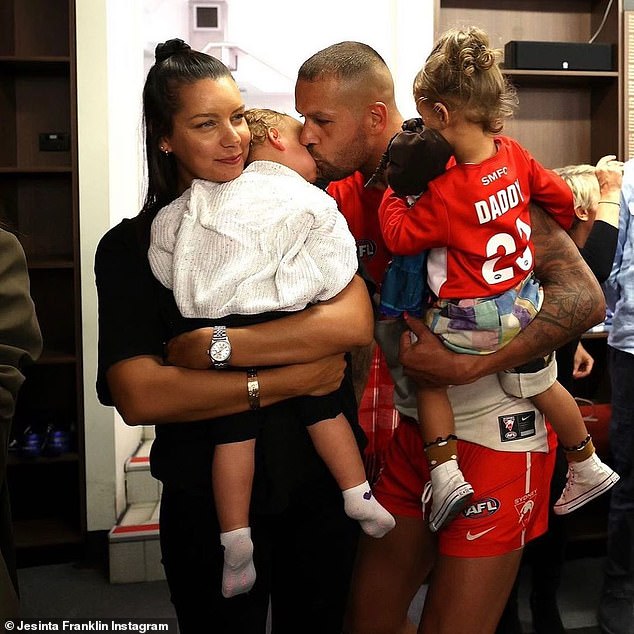 ‘At this stage conversations have been paused around my contract so I can put all my focus on playing footy. No further comment will be made until the season is done and I have decided about my future,’ he said.

‘At this stage conversations have been paused around my contract so I can put all my focus on playing footy,’ he said.

‘I am still undecided and need time after the season to make a family decision about whether I continue to play next year.’

While Brisbane have been installed as favourites to sign Franklin if he does leave the Swans and moves to Queensland, coach Chris Fagan also believes the four-time Coleman Medal winner is leaning toward retirement.

‘I would have thought if they are moving to Queensland, that that’s perhaps an indication that Bud’s going to retire from AFL football,’ Fagan said.

‘If it came to pass down the track that they do move here, and. someone reaches out from his camp and suggests that he still wants to play, then we would be remiss as a footy club not to go and have a conversation with him. 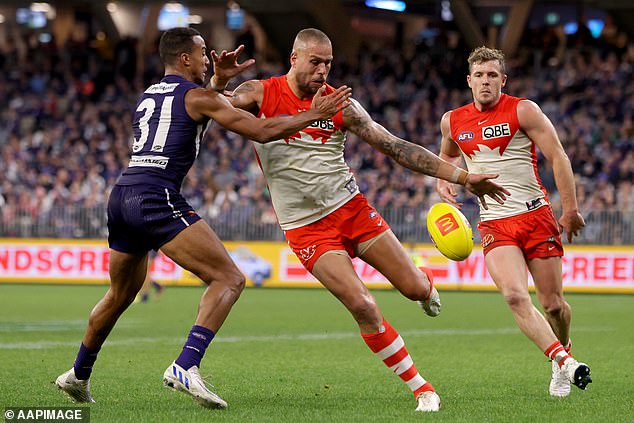 ‘As far I’m concerned he’s a Sydney Swans player, and if any of that was going to happen, it would happen when the season’s all over.

‘My latest communication with him was a text message I sent to him when he kicked his 1000th (AFL) goal which was four months ago.

‘I don’t know what will play out in the future but the way I see it right now is if he is moving to Queensland to live, I would suggest that he’s going to retire.’ 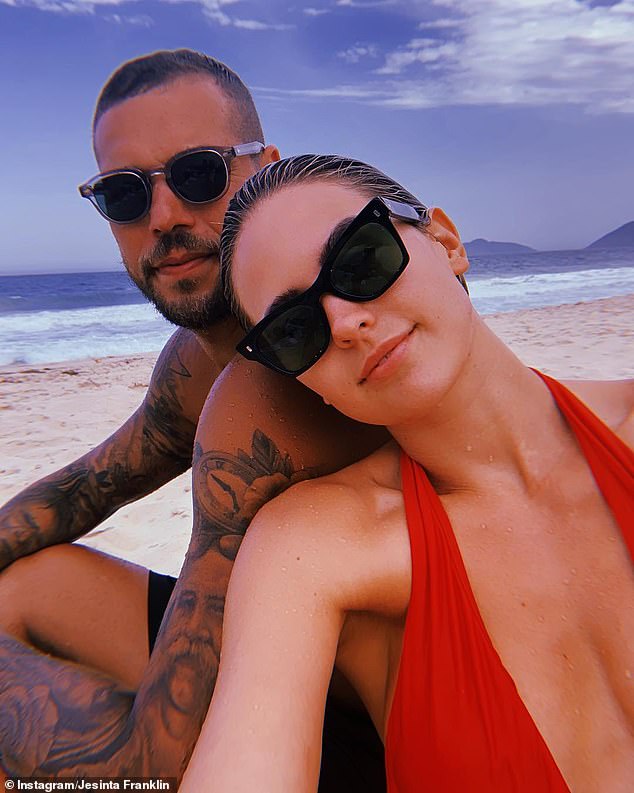 Swans chief executive Tom Harley said on Thursday the Brisbane Lions interest was ‘news to me’ and remains optimistic the club can re-sign their superstar.

‘Things are all tracking well at the moment.’