From next April workers will be able to earn £11,000 before paying tax, a year earlier than planned to let working people ‘keep more of the money they earn’.

From April next year the amount workers can earn without paying income tax will rise to £11,000, a year earlier than planned

In their election manifesto, the Conservatives promised to increase the amount workers can earn before paying income tax to £12,500 by 2020.

David Cameron also set out a new law to ensure that someone working for 30 hours on the minimum wage paid no income tax at all.

‘We will now legislate so that after that the personal allowance always rises in line with the minimum wage, and we never ask the lowest paid in our society to pay income tax.’

The Chancellor has also been under intense pressure from Conservative MPs to act on the growing number of people dragged into paying the 40p tax rate.

Mr Cameron has said it was wrong that millions of people doing normal jobs like teaching are now paying a tax rate that was ‘only ever meant for the better off’. 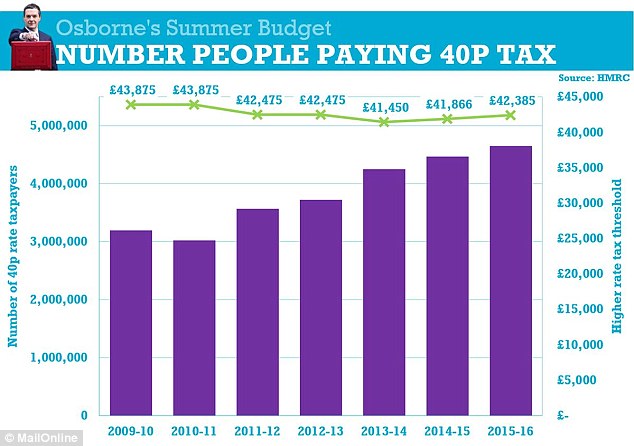 He said: ‘It will lift 130,000 people out of the higher rate of income tax altogether.’

Mr Osborne had faced calls for the government to force companies to pay staff the Living Wage of £7.85 an hour (£9.15 in London), rather than the adult national minimum wage of £6.50. 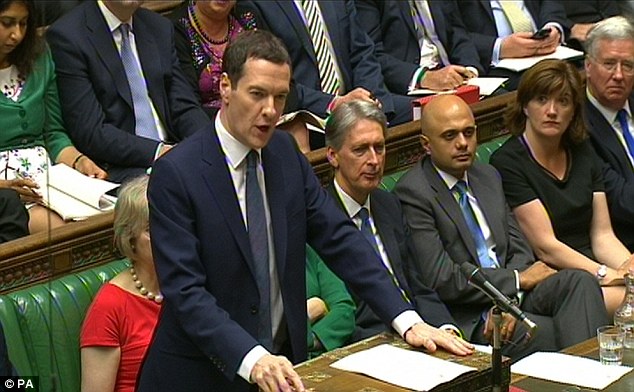 The Chancellor had been stung by criticism in recent weeks that his plan to cut tax credits paid to top up low wages would hit poor working families.

London Mayor Boris Johnson this week warned Britain’s richest bosses should not get a tax cut until they pay their workers properly.

He said the idea of cutting the top rate of tax cannot be supported until business leaders pay their staff a living wage which means they do not have to rely on welfare to top up their income.

A study by Citizens UK this year showed that there were 5.2million low paid workers in supermarkets and shops the UK, receiving £11billion in state support through tax credits.

It is argued that if their firms paid them the Living Wage instead of the minimum wage it would save the taxpayer £6.7billion in benefits.

CitizensUK suggested that workers at five of the country’s biggest retailers – Tesco, Asda, Sainsbury’s, Morrison’s and Next – receive £1billion-a-year in taxpayer-funded subsidies topping up their low wages.

Chancellor George Osborne announced plans to crack down on wealthy non-UK domiciled individuals who use their status to avoid paying full UK taxes.

Mr Osborne said permanent non-dom tax status will be scrapped and that anyone resident in the UK for more than 15 of the past 20 years will now pay full British taxes on all worldwide income and gains.

This means so-called non-doms will pay the same tax as everyone else in the UK. 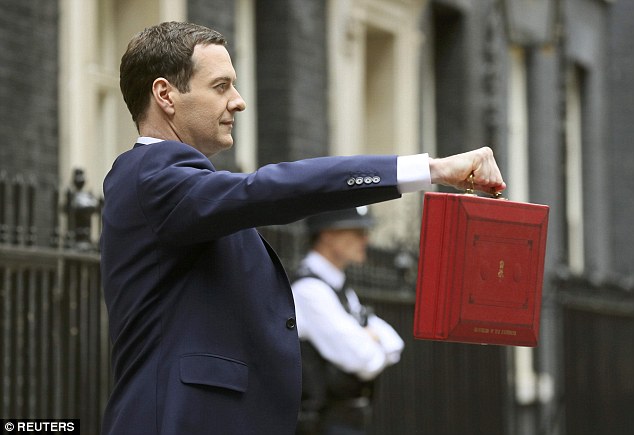 He said: ‘Non-dom status was meant to be temporary, but it became permanent for some people. Not any longer.’

The Chancellor announced a package of measures tightening up who qualifies for non-dom status, which will come into effect from April 2017 and will raise £1.5 billion in additional tax over this parliament.

The Chancellor added it will no longer be possible for somebody who is born in the UK to parents who are UK domiciled, to claim non-domicile status if they leave but then return to live in the UK.

In a final measure, Mr Osborne said that non-doms with residential property in the UK will no longer be able to put it in an offshore company to avoid inheritance tax.

Non-dom tax status has existed in the UK since 1914, and has attracted wealthy foreigners, many of whom set up businesses in the UK.

The Chancellor also said he was boosting the budget of HM Revenue and Customs by £750million so it could intensify its chase of tax fraud, offshore trusts and the businesses in the hidden economy.

He said the move would triple the number of wealthy evaders the department pursued for prosecution, and forecast it would raise £7.2billion.