Most of Philip Hammond’s Budget giveaways help the rich and leave the poorest behind without a tax cut, experts warned today.

The Resolution Foundation said almost half of the huge income tax cut announced by the Chancellor would benefit the top 10 per cent of households.

Data produced by the think tank showed the poorest 10 per cent get nothing from raising the personal allowance – because it only reduces tax if you earn more than £12,500.

By contrast the top 10 per cent will be £379 a year better off – with those paying the higher rate of income tax benefiting the most when the threshold rise to £50,000.

Mr Hammond defended the decision to deliver the tax cuts, insisting they were promises in the Tory manifesto last year.

Separately, Paul Johnson, director of the Institute for Fiscal Studies think tank, said Mr Hammond had ‘got lucky’ because tax revenues were better than expected.

Data produced by the think tank showed the poorest 10 per cent get nothing from raising the personal allowance – because it only reduces tax if you earn more than £12,500 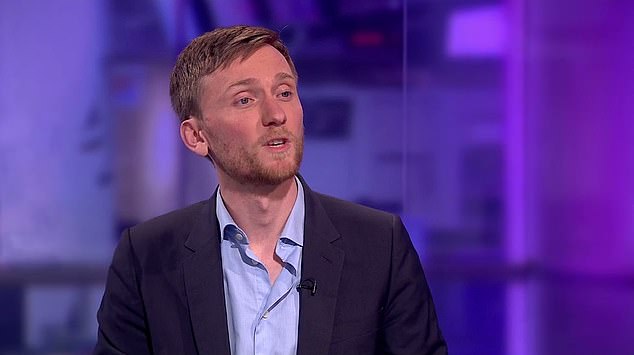 ‘Meanwhile income tax cuts announced yesterday will overwhelmingly benefit richer households, with almost half of the long term gains going to the top ten per cent of households.

‘On public services the NHS saw a big spending boost ­– but unprotected departments still have further cuts penciled in.

‘This Budget was much easier for Philip Hammond than many expected. But there will be tougher choices for Chancellors in the years ahead. Brexit must be delivered smoothly, public spending will remain tight, and forecasts may not always be so rosy.’

Tory MP Sarah Wollaston joined criticism of the measures today, tweeting: ‘I don’t think that changes to tax thresholds should have been a priority over tackling the challenges for our police, education & reducing health inequality through public health.

‘Especially as these threshold changes a year early, not expected or even prioritised by communities more concerned about impact of prolonged squeeze on public services.

‘This year was the only chance for Chancellor to link any tax increase to NHS pledges.’ 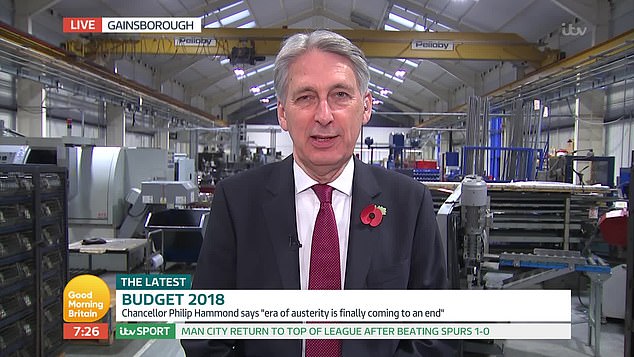 Chancellor Philip Hammond defended the decision to deliver the tax cuts, insisting they were promises in the Tory manifesto last year

The Institute for Fiscal Studies will present its analysis of the Budget later today.

Ahead of the closely watched briefing, the think tank’s boss Paul Johnson said Mr Hammond had received a windfall in the Budget.

‘I think he has abandoned any idea of getting to budget balance by the mid-2020s.’