An 88-year-old man has been charged with attempted murder after hitting his 86-year-old wife in the head with a hammer near Buffalo, New York.

Martin Turkiewicz allegedly walked into his wife Rita’s room at a nursing home where she was doing physical rehabilitation therapy and hit her with a hammer on Saturday in Cheektowaga, New York.

Someone called 911 just before 6pm on Saturday and hung up. When dispatchers called back the front desk did not know of any problems.

A few minutes later, dispatchers were told that a man just walked up to the desk and said he just killed his wife with a hammer.

Rita is being treated for serious injuries including fractures at a hospital.

The couple have been married for 60 years and have no children. A possible motive has not been released.

Martin was also charged with assault following Saturday’s attack inside the Garden Gate Health Care Facility in his hometown in suburban Buffalo.

He has pleaded not guilty and is being held in jail without bail pending a court appearance Wednesday. He faces a maximum of 25 years in prison if convicted.

The Garden Gate Health Care Facility released a statement saying it was cooperating fully with the police investigation. 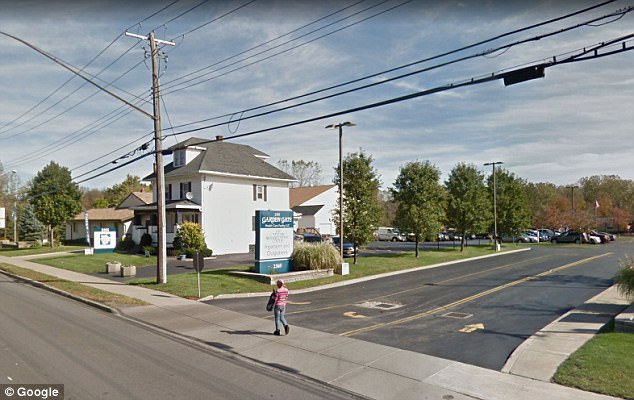