By Brian Lee for MailOnline

Veteran Italian keeper Buffon linked up with Neymar and Co when he joined Paris Saint-Germain in the summer and has watched them grab 30 Ligue 1 goals between them to fire the French giants 15 points clear after just 14 games.

Tonight their attention turns back to the Champions League and a home clash with the Reds, who along with Napoli are a point ahead of PSG with two games remaining in a tight Group C. 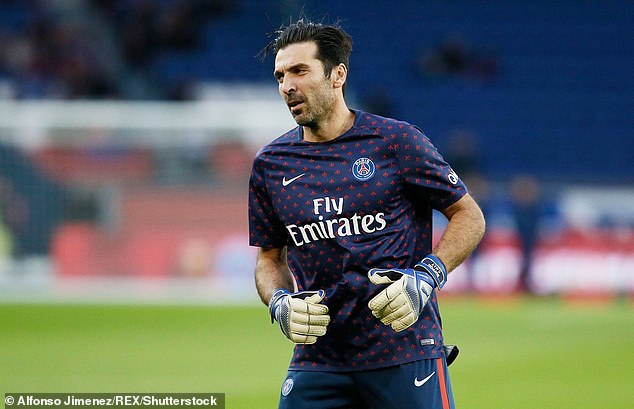 Gianluigi Buffon was full of praise for Salah, Firmino and Sadio Mane

And 40-year-old Buffon is wary of the threat posed by the men from Merseyside.

He told The Mirror: ‘Liverpool have a very strong team – but I do especially look at their front players. With Salah, Mane, and Firmino they have so much pace, so much creativity, and of course they are all big goal threats.

‘Throughout my career I have always wanted to test myself against the best — and at the moment you really can’t think of any teams in Europe who have a better front three than Liverpool.’ 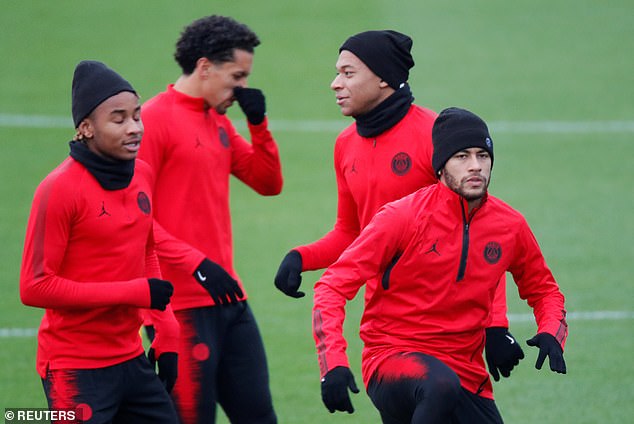 World Cup winner Mbappe, the world’s second-most expensive player behind £198million man Neymar, has, for the first time this season, gone four games for club and country without scoring but the Brazilian has three in his last five while Cavani helped himself to a hat-trick at Monaco and the only goal against Toulouse in his last two for his club.

Salah, last season’s star man as Liverpool reached the final of the Champions League, took a while to get going this term but has seven Premier League goals, one more than Mane.

Firmino hasn’t been quite as prolific but he did send Anfield wild with his side’s last-gasp winner as Liverpool edged PSG in a five-goal thriller back on matchday one.