Gianluigi Buffon was wanted by both Manchester clubs at various points in his career, but the Italian goalkeeping great says he turned them both down.

Buffon started his career at Parma before going on to immense success at Juventus. He joined Paris Saint-Germain last summer, with the Ligue 1 champions facing Manchester United in their Champions League last 16 second leg clash on Wednesday.

However, he says he could have moved to the Premier League with United at the start of his career, or to Manchester City at the peak of his powers. 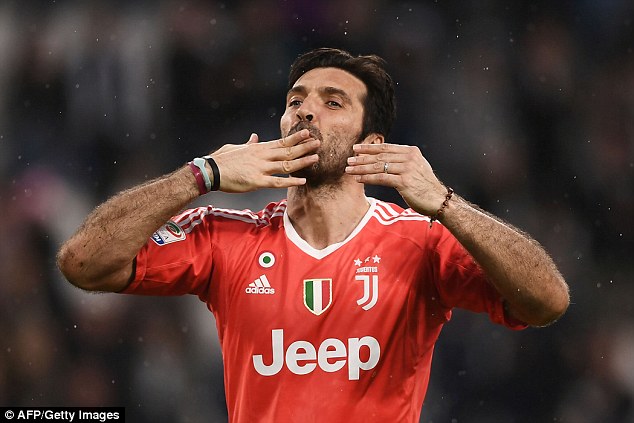 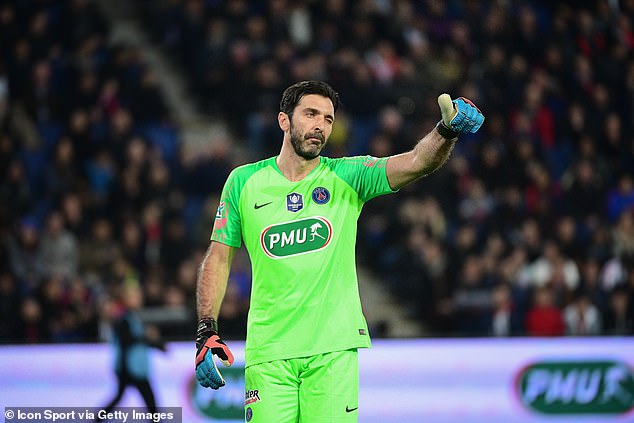 He joined Paris Saint-Germain last summer, but could have played in the Premier League

Rio with Buffon on interest from PL clubs

Speaking to BT Sport, Buffon said: ‘When I was a boy playing for Parma, (Sir Alex) Ferguson tracked me closely for two or three years, and he’d always send scouts to watch me. At the time, Parma was my world and I didn’t feel like leaving.

‘I later had a very big offer from Manchester City, when they started to build the team and become the most important side in Europe. They wanted me to be the first signing, but I stayed at Juve.’

Buffon is searching for his first Champions League title, at the age of 40, with PSG on the verge of the quarter-finals after beating United 2-0 at Old Trafford in the first leg. 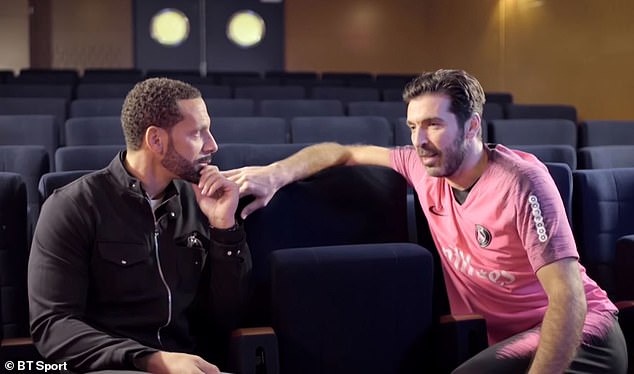 With Neymar injured, PSG are relying on the firepower of Kylian Mbappe, whose strong personality was praised by his manager, Thomas Tuchel.

Tuchel says World Cup winner Mbappe can be tough to deal with, but that his forceful will is an important part of what makes him a top player.

Speaking about Mbappe, Tuchel said: ‘Well the guy is hungry, and he is a big personality, really big. So this is not always easy, because the big personality is challenging for me as a coach. At the same time he is a really nice guy.

‘It is important he has this personality to challenge me, and everyone around him, because he has the hunger to be really as special player in history.’ 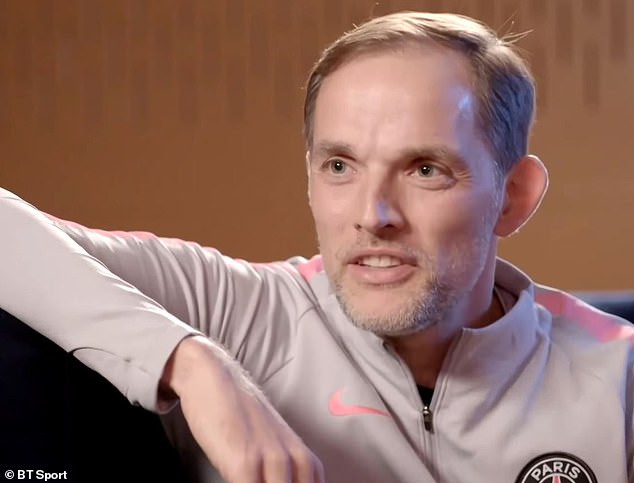 Rio with Tuchel on Mbappe/Messi

Tuchel replaced now-Arsenal manager Unai Emery at PSG last summer, and has been praised as ‘incredible’ by defender Dani Alves.

The former Borussia Dortmund coach has maintained their dominance of Ligue 1 while chasing long desired success in the Champions League.

Alves said: ‘He’s incredible – a German with a Brazilian soul! The atmosphere he’s created here, he’s brought the pleasure back into coming to work, and you approach things with a big smile and energy. He reminds me of Pep [Guardiola], he really does in this sense.

‘He makes things really smooth, he’s stubborn but he does things his own way. He’s a great man manager and dressing room manager, and team manager. This gives us a better chance of doing well this season.’