A motor home, a Mercedes-Benz C-Class wagon, a Porsche 911 Cabriolet and a Bugatti Chiron were all involved in a car crash causing damage worth £3million.

Two cars collided before hitting into two more cars during a traffic hold-up on the Gotthard Pass in the Swiss Alps.

The motor home was moving slowly up the mountain pass causing a delay in moving traffic. 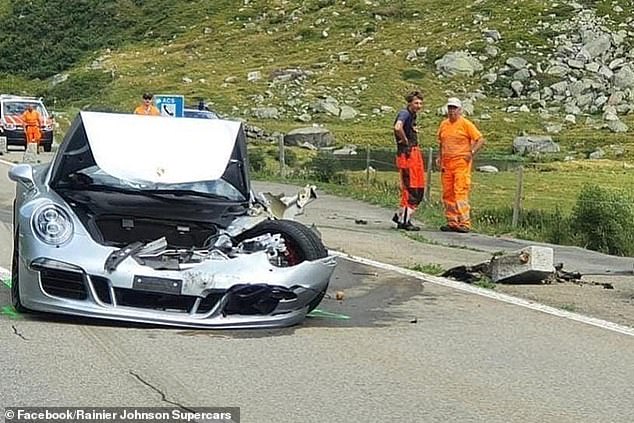 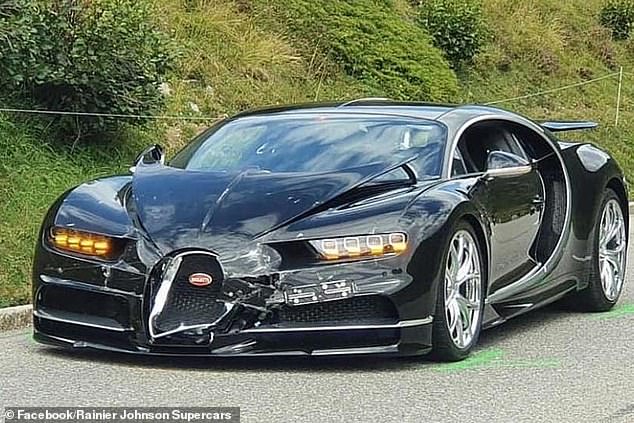 The Bugatti Chiron (pictured) busted its grille, front bumper and hood. A brand new Chiron is worth $3million brand new

When the Bugatti driver and the Porsche driver decided to overtake the motorhome at the same time they collided.

Then the Porsche hit the Mercedes and the Bugatti hit the motor home.

Nobody lost their lives but the Mercedes driver was rushed to hospital for serious injuries.

The Porsche sustained the most damage and the Bugatti Chiron saw its grille, front bumper and hood busted.

Both the Bugatti and the Porsche had their front airbags deployed, as a video shared on Instagram showed.

Switzerland is one of the richest countries in the world with many residents owning upscale cars so it is no surprise that the nation is no stranger to exotic car crashes.

Although Switzerland has a reputation for supercars none of its cities are part of the world’s top ten supercar capitals.