Builder, 30, has a tumour the size of his SKULL in his mouth

A builder has developed a tumour the size of his skull in his mouth, reportedly after he injured his jaw while playing basketball.

Leonardo Moris took a knock to the mouth while playing the sport as a teenager in Ormoc City, Philippines.

The now 30-year-old then suffered toothache-like pain for several years, before a tumour began to develop when he was 23.

Scans diagnosed Mr Moris with the rare disease ameloblastoma, which affects the jaw and can, according to medics, occur following an injury to the area.

The growth, which has engulfed all of Mr Moris’ jaw, could kill him if untreated, local reports claim. However, the construction worker, who earns just a few pounds a day, cannot afford the £5,000 operation. 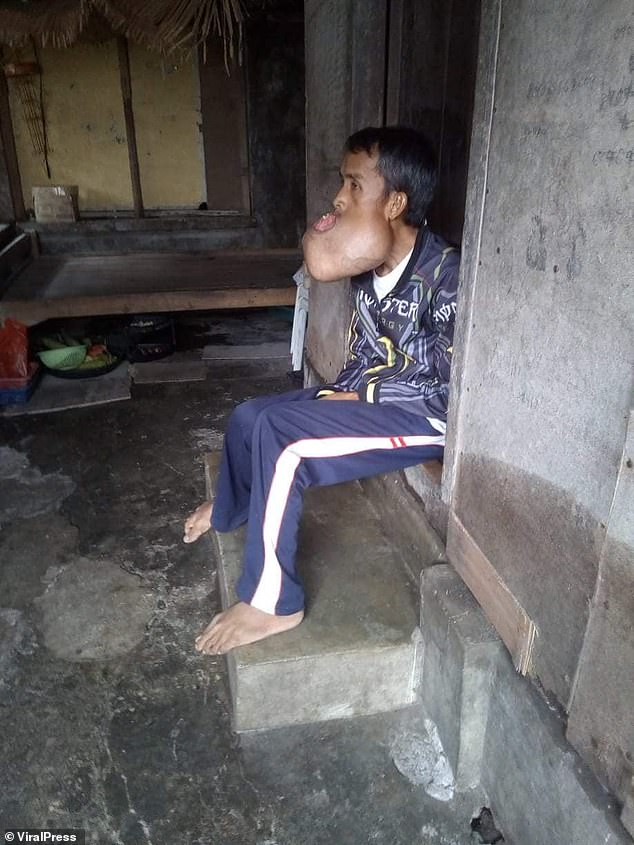 Despite being in constant pain, Mr Moris works every day as a builder in a desperate attempt to pay for surgery. He earns just a few pounds a day, with the operation costing up to £5,000

Despite being in constant pain, Mr Moris continues to work every day in a desperate attempt to raise enough money to pay for surgery.

‘I really need help to get medical treatment,’ he said.

‘The injury happened when I was a teenager playing basketball. Then it was aggravated and swelled. I was always waiting for the injury to heal but it only got bigger.’

Although Mr Moris’ tumour is benign, ameloblastomas can destroy jaw bones, and even spread to the sinuses and eye sockets.

His niece, Jolina Andoy, claims the growth has become so over-powering that Mr Moris can barely eat solid food and survives on a daily diet of soup, water and fruit juice.

‘At first, everybody thought that he was just having a toothache,’ Ms Andoy said.

‘The pain went away for some time, but then suddenly his mouth started swelling. We cannot afford the operation, but everybody is trying to save together for him.’

Dr Stephen Garcia, an oncologist from the East Avenue Medical Center in Manila, the Philippines, said that although Mr Moris’ condition is advanced, it could be cured. 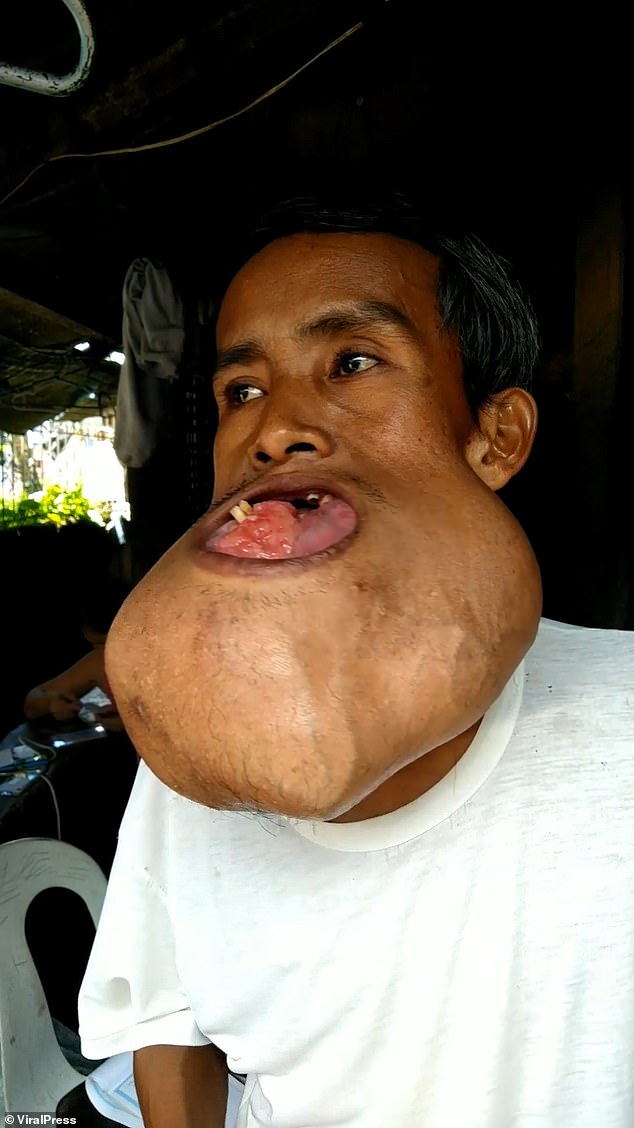 The tumour means Mr Moris can barely eat and exists on soups, water and fruit juice 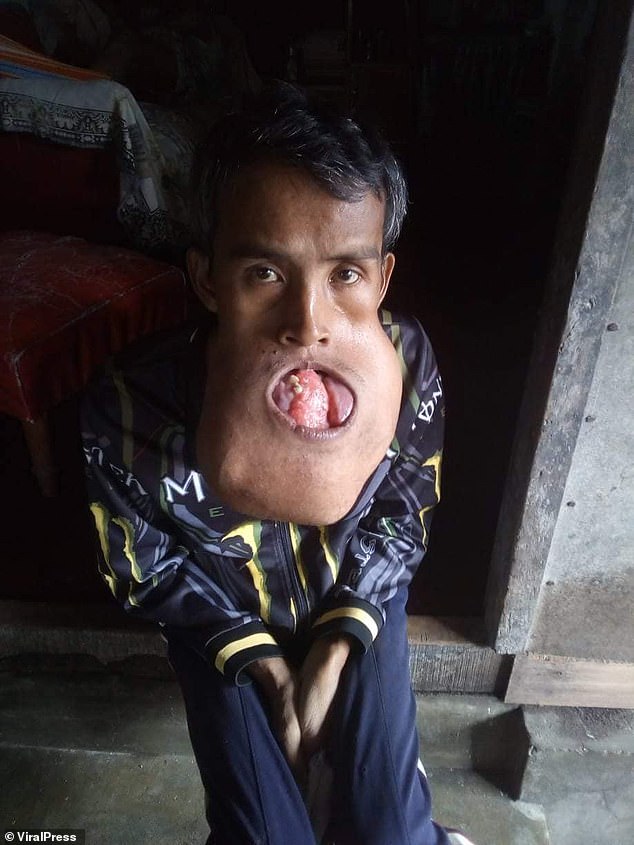 Scans diagnosed Mr Moris with the rare disease ameloblastoma, which affects the jaw and can occur following an injury to the area. He suffered toothache-like pain to his mouth after it was hit while playing basketball. Seven years later, a tumour began to grow

Ameloblastoma is a rare, usually benign, tumour that affects the jaw. The tissues involved are typically those which teeth grow from, therefore facial distortion is common.

Only one per cent of mouth tumours are ameloblastomas.

In extreme cases, the growth can also affect the nose, sinuses and eye sockets. In less than two per cent of incidences, ameloblastomas can become cancerous and spread, particularly to the lungs.

As well as an abnormal growth in the jaw, other symptoms may include:

Ameloblastomas’ cause is unclear but may involve a combination of genetics and:

The lower jaw is affected in 80 per cent of cases.

The tumour reappears in up to 72 per cent of cases if all of the affected tissue is not removed.

If the tumour has spread, radiotherapy is often required, with chemo being less effective.