Builder, 58, gets workmates to pull out his teeth with PLIERS

Builder, 58, who has never seen a dentist gets workmates to pull out his teeth with PLIERS in excruciating video

A builder claims he has never been to the dentist – and instead gets painful teeth removed by his colleagues using pliers.

Machine operator Phil Bailey, 58, from Castleford, West Yorkshire, has never registered with a dentist because he moves around the country working on building sites.

Whenever a tooth starts to hurt he asks his workmates to tear it out. The grandfather-of-three has filmed some of the crude extractions as he stands on a building site or sits in the cab of a construction vehicle

In his most recent clip, captured on August 24, the grandfather-of-three hands a fellow builder a pair of pliers to pull out a troublesome molar.

Machine operator Phil Bailey, 58, from Castleford, West Yorkshire, has his tooth pulled from his mouth by a colleague with a pair of pliers 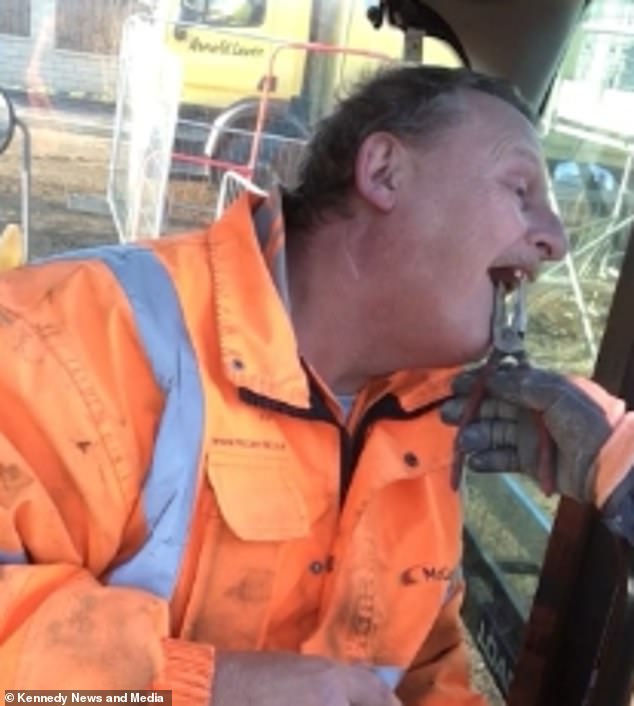 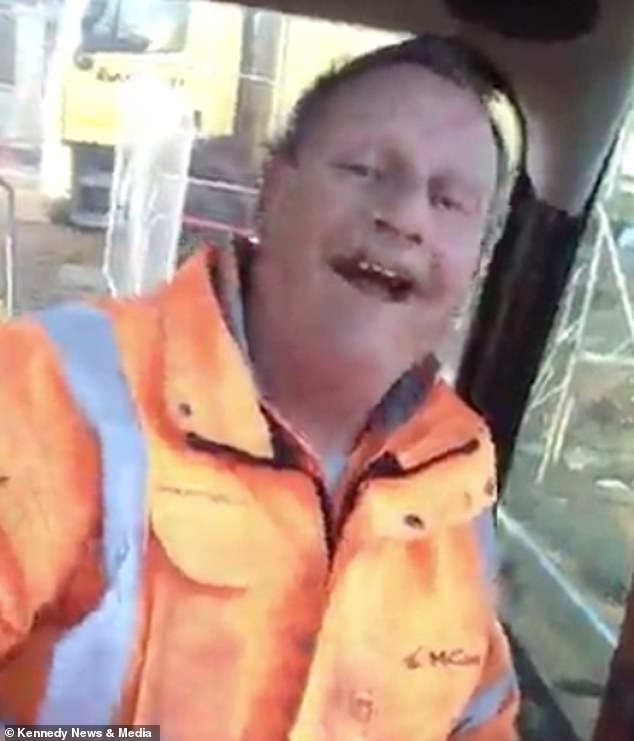 The grandfather-of-three, who has never registered with a local dentist, sits inside a vehicle as he has his tooth removed

Wearing a hard hat, Mr Bailey opens his mouth wide open so his colleague can get at the tooth and rip it out of his gum in one fell swoop.

Displaying an impressively high pain threshold, the grandfather doesn’t even make a sound as he holds his freshly-removed tooth up to the camera.

In another clip, the builder sits inside a vehicle as his colleague places a pair of pliers on a tooth at the front and rips it out.

The colleague then displays the removed tooth to the camera as colleagues are heard laughing in the background.

Mr Bailey later said he had always had his teeth pulled on site but has only asked for the removals to be filmed in the last few years.

He said: ‘If a tooth starts hurting me, I’ll just wait until I’m on site and ask one of the lads to yank it out. I always ask them to film.

‘This tooth had been giving me jip over the weekend so when I got in on Monday morning, I just asked one of the lads to grab some pliers and pull it out.

‘I don’t really have many problems with my teeth these days, because there aren’t that many left. 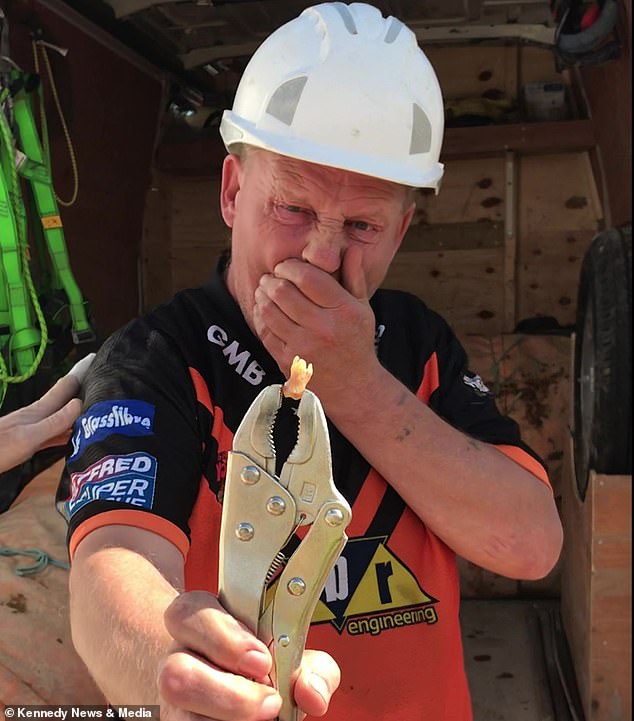 The machine operator, who has been opting to have his teeth yanked out by his friends, displays the removed tooth and holds his mouth in pain 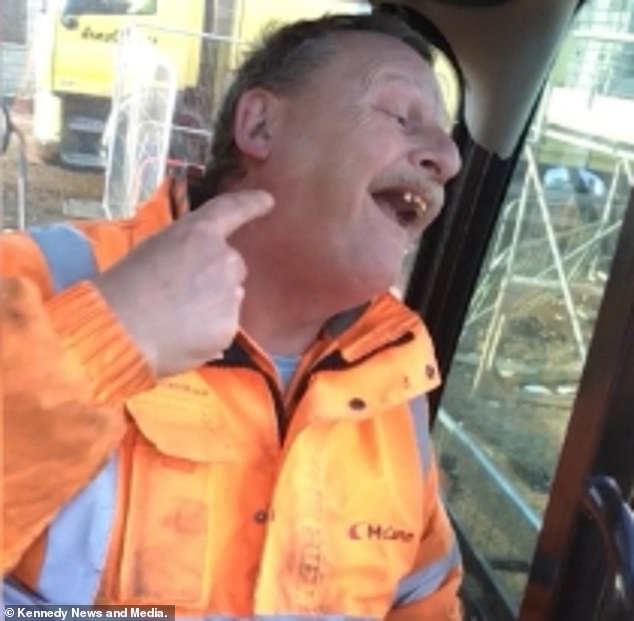 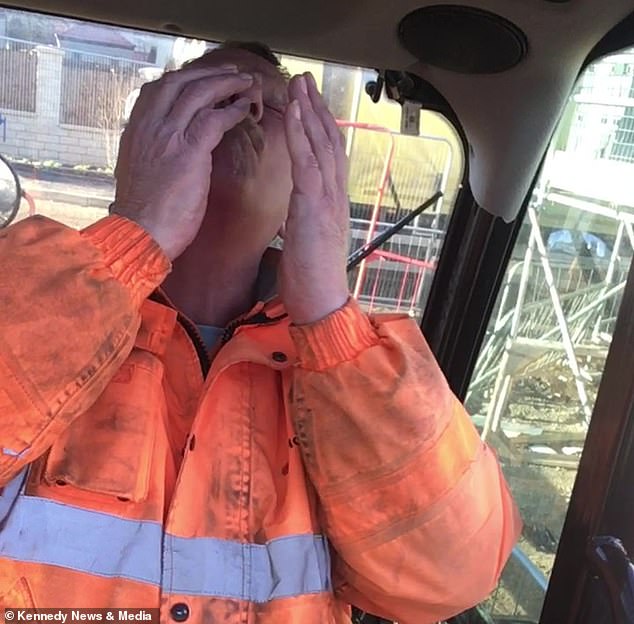 ‘I have got a very high pain threshold. If you have a day off work to get your teeth pulled you can miss out on a day’s pay or in the past you might lose your job.

‘I’ve never been registered with a dentist. I used to work away a lot on motorways. You could be working down south for a few weeks and you can’t register when you’re only having one pulled.

‘It’s just easier to get the lads to pull them on site. The pain is sharp but I’d rather have that than days of aching.

‘I just look at it like when you were a kid and your mum would say lets have a look at your tooth as it’s wobbling.

‘You’d keep telling her ‘no, no, leave it’ but when you’re not ready, she’s got hold of it and pulled it out and it’s all over.’ 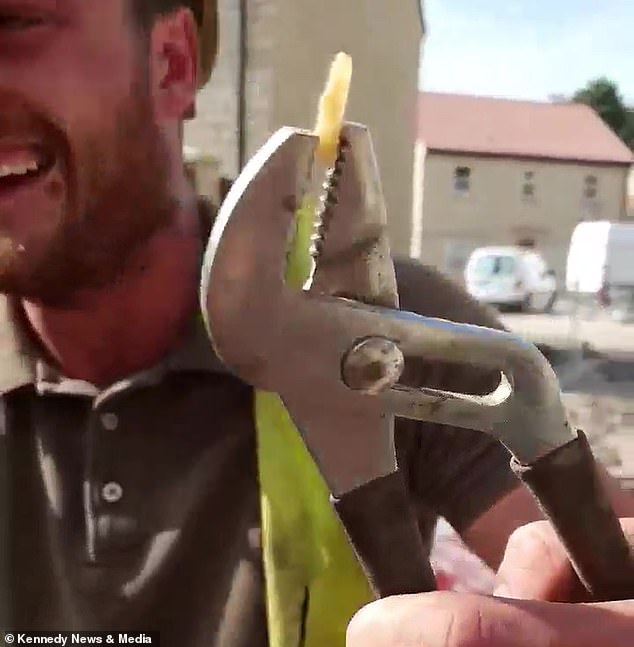