Bukayo Saka WOULD take a penalty in Qatar to heal the scars of Euro 2020, says Arsenal team-mate Aaron Ramsdale… with the torrent of racial abuse that followed his shootout miss not deterring the England star from stepping up again

Bukayo Saka will stand up to take a penalty for England once again to prove, once and for all, that his scars from Euro 2020 have healed.

Though Saka will never forget his miss in the final against Italy, nor — more gravely — the torrent of racial abuse he received online in the hours afterwards, his development for Arsenal and England has not been compromised.

The talent that saw him named England’s Player of the Year in September is not in question but his strength of character is just as striking, and Aaron Ramsdale, his Arsenal team-mate, confirmed Saka would not think twice about stepping forward if there is another shootout.

England have started practising penalties already here in Doha as part of their preparations. They have been using a ‘SKLZ Net’, which covers the goal frame but has holes in four corners at which takers must aim their kicks; keepers will only join in these drills later in the tournament.

Since that night at Wembley, Saka has converted from 12 yards in pressure moments against Chelsea, Manchester United and, most recently, Liverpool, and Ramsdale has every confidence he would do the same for England.

When asked if Saka would be a volunteer, Ramsdale said firmly: ‘Absolutely. I think he has realised it was just something that happened to him and he would not shy away — he is that type of person.

‘He knows the feeling now and, hopefully, next time he steps up he’ll put the ball in the back of the net.’

Saka has arrived at the World Cup in outstanding form, having played a key role in helping Mikel Arteta’s side top the Premier League, and he is applying pressure to Raheem Sterling for a starting role against Iran in England’s opener. 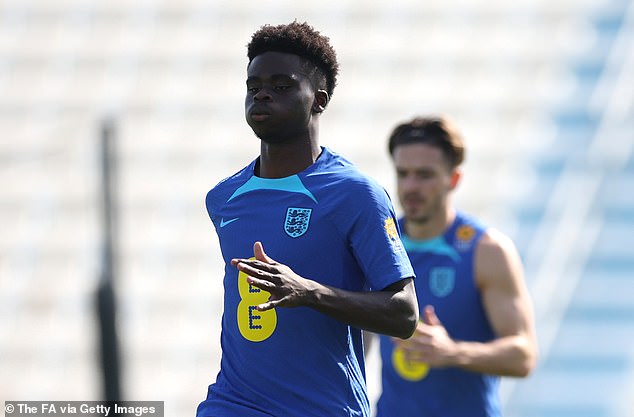 Saka would be willing to step up again to take one at the World Cup, says Aaron Ramsdale

Some would have found it impossible to recover from the ordeal he went through in July last year but Ramsdale gave a candid insight into the way Saka thinks and the demands he places on himself; for example, he felt Arsenal’s failure to qualify for the Champions League last season was his fault.

‘I’m trying to find the right words… (I’d say) impeccably,’ Ramsdale replied when asked how Saka dealt with adversity. ‘The kid’s a lovely boy. He has time for everyone, works super hard throughout every week. He very, very rarely misses a training session.

‘He used all that motivation of criticism. But, also, the love everyone gave him, that gave him an extra boost. Don’t forget he had the pressure of the whole football club on him last year — him and Emile Smith Rowe were our main guys — and he has dealt with that, he’s dealt with everything else. 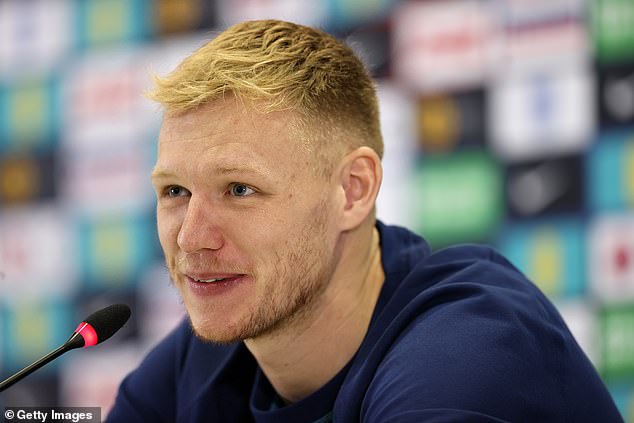 ‘He is thriving and I can’t wait to see him thrive over here. There is no doubt that he is a stronger character now, off the pitch and on it. He’s a more complete person.’

Ramsdale, who is desperate to face Iran but is reluctantly working around the theory he will be providing back-up to Jordan Pickford and Nick Pope, has been close to Saka throughout and explained how he helped him cope with certain situations.

‘It was more through the criticism side,’ said Ramsdale. ‘That was probably the first time he received it. I got relegated and signing for Arsenal was a difficult period so I was able to talk him through that. When we missed out on the top four he felt like it was all his fault.

‘He felt it was because he couldn’t provide for us and I was just able to reflect that the season before they finished eighth, this season we finished fifth, and if we go another step again we will be in the top four. It’s that perspective of it’s a game of football and there’s a lot more to it.’