WAGs on the town! Bukayo Saka’s glamorous girlfriend Tolami Benson poses in a chic all-black outfit after Gareth Southgate lifted the ban on partners in the team hotel

Bukayo Saka’s glamorous girlfriend Tolami Benson looked chic in a black blouse and leather trousers as she posed for a mirror selfie in Qatar, days after Gareth Southgate ended the ban on WAGs in the hotel with players.

After the England manager allowed the players to be reunited with their partners and as England advance out of the group stages in the Qatar World Cup 2022, the stunning WAGs have been enjoying themselves out and about in Doha.

Tolami Benson, 22, who is dating Arsenal and England midfielder Saka, ditched the blonde extensions she sported at the Khalifa International Stadium after England’s 6-2 win over Iran in favour of darker locks to go with her all black outfit.

Meanwhile Harry Maguire’s wife Fern took a selfie outside a gold Art Deco lift, which looked as if it may have been taken in the hotel lobby.

Making the most of the time with her man, Aine May posted a glam photo of herself and her beau Conor Gallagher as the couple had a night on the town.

Blonde bombshell Aine wore a black, skin-tight metallic outfit that evoked an image of Olivia Newton-John in Grease while Conor was dapper in a white polo neck, beige chinos and trainers. 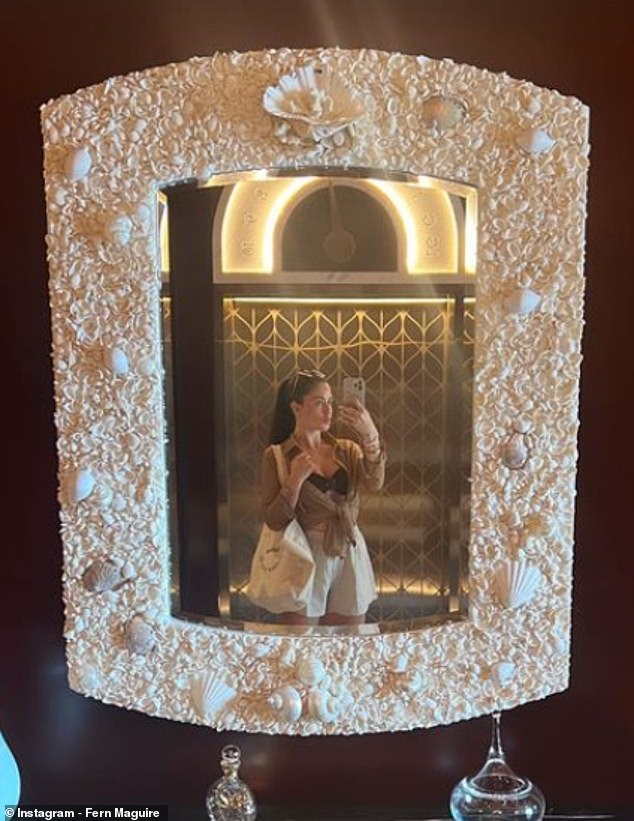 Fern Maguire, wife to Harry and mother of his two children, posted a mirror selfie on her Instagram story 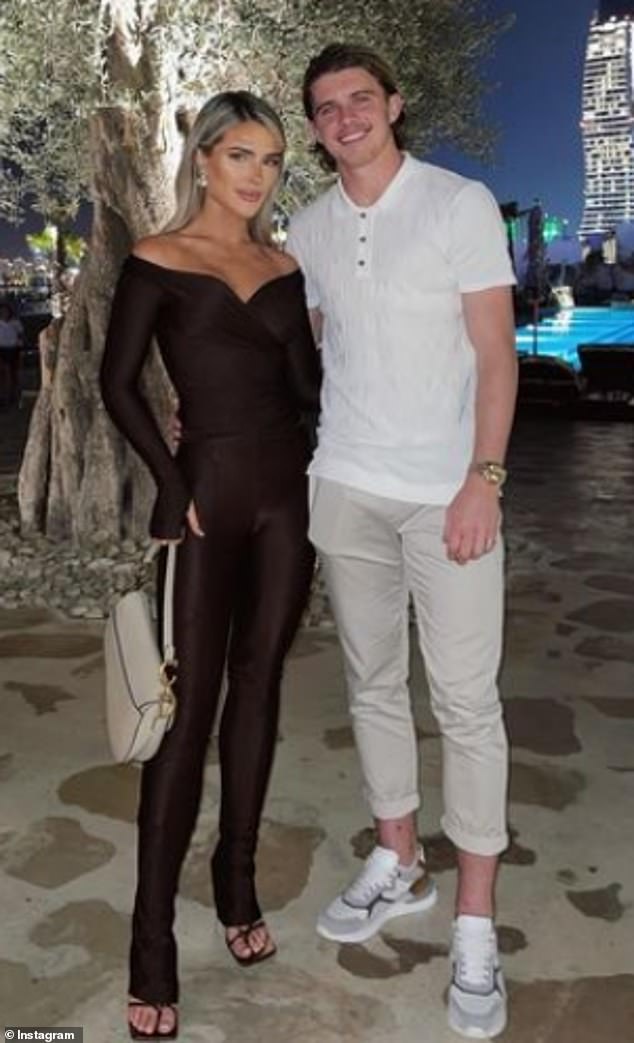 Aine May looked glamorous in a metallic, skin-tight black outfit while out for the evening with her partner Conor Gallagher

As Tolami led the WAGs into the team hotel when they were reunited with the players last weekend, she was joined by Jack Grealish’s girlfriend Sasha Attwoos and Aaron Ramsdale’s fiancée Georgina Irwin.

They entered by a secret side entrance at 5.30pm local time on Saturday evening, 30 minutes after the squad had arrived back from a training session

Also among the visiting WAGs were Megan Pickford, the wife of goalkeeper Jordan Pickford.

Lucia was accompanied by the footballer’s elder brother Dale.

Harry Maguire’s father Alan strolled into the hotel holding the hand of his granddaughter as his daughter-in-law Fern was beside them.

The brother of Arsenal star Saka was also among the party invited to dinner with the England team.

Stunning Tolami’s relationship with Bukayo Saka was uncovered in February this year when they shared individual pictures on a yacht in Dubai.

It is thought the pair have been dating since 2020.

Fern Maguire, 27, who has a First Class degree in physiotherapy, has been cheering on her spouse Harry at England matches throughout the World Cup so far, had a holiday glow as she posed for a mirror selfie at the hotel.