A dog that ate batteries and glass to survive after being abandoned in the garden of an empty council house is now looking for a new home.

Eric – a bull breed cross – was described as the ‘thinnest dog ever seen alive’ by the RSPCA inspector who rescued him from the yard in Accrington, Lancashire, in March this year.

Inspector Nina Small rushed the emaciated pooch to the vet where he collapsed and was unable to stand or lift his head. 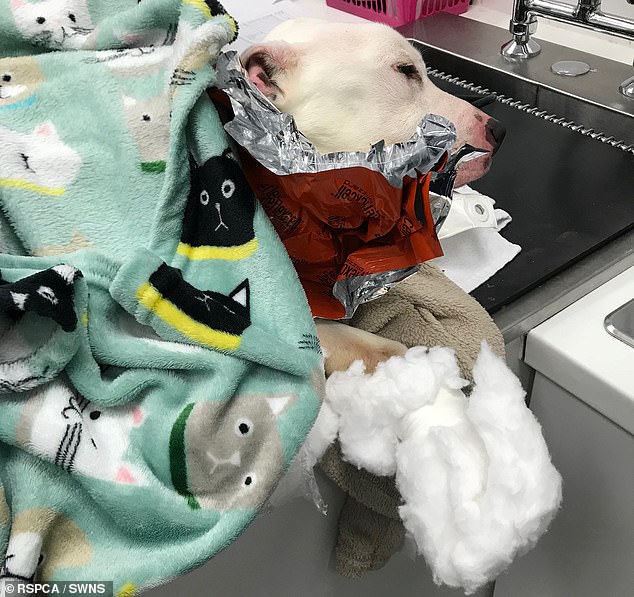 A spokesperson from RSPCA Lancashire East, who have been caring for Walter, said: ‘He was at death’s door but now he is the picture of health.

‘He’s been in foster care and has made a remarkable recovery thanks to the care and dedication of his family. Now, he is ready for a forever home of his own!’

Nina said: ‘He’s the thinnest dog I’ve ever seen alive. All of the bones in his body were visible, he was covered in urine and his nails were overgrown.

‘His faeces had pieces of glass and metal as big as a 50 pence piece in it, and bits of batteries. I believe poor Walter had been confined somewhere out of sight, eating whatever he’s been able to get in his mouth – perhaps a garage or a shed.

‘We’re still investigating this case but are thrilled that he’s now back to a healthy weight and full strength so that we can find him a wonderful new home.’ 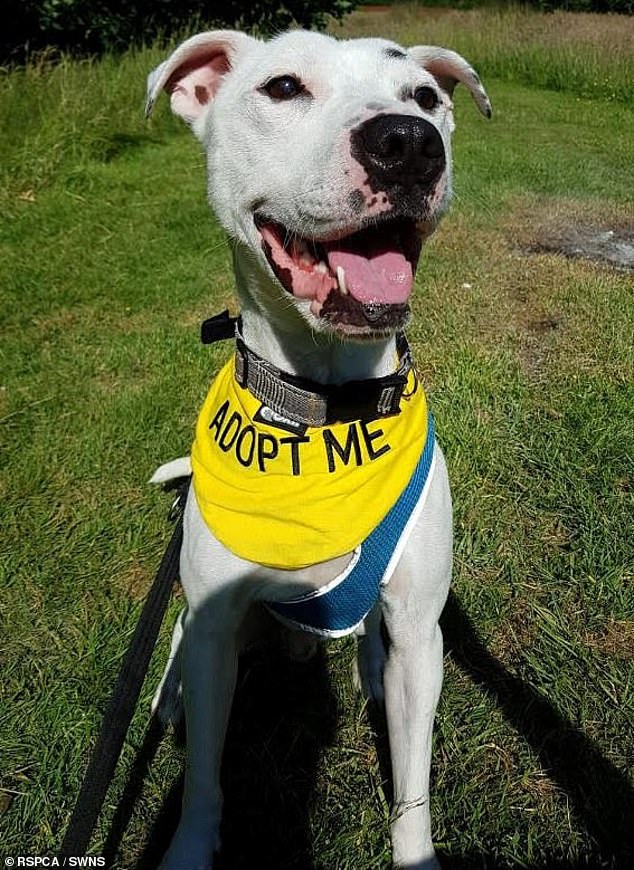 She said Walter was a sweet-natured, friendly boy who loved life, people and food.

She added: ‘He has a wonderful, energetic personality and lots of character. He loves taking long naps cuddled up next to you and is happy living in a home with cats and another dog.’

‘Walter is excitable and playful around other dogs and would benefit from further socialisation to build his confidence and help him learn some manners. As he’s quite bouncy he would be best in an adult-only home or a family with older children.

A spokesman for the RSPCA added: ‘Walter has had a really bad start in life and would benefit from an experienced owner who can help with his training and give him a safe, home with a steady routine.’

Walter is fully house trained and travels well in the car. He is happy being left for short periods of time and walks well on a lead with lots of encouragement. He has a slight skin issue for which he is on treatment.