Bulldogs star Josh Reynolds has put relationship heartbreak behind him, stepping out with glamorous digital public relations executive Ciarne Denham at the footy on Sunday afternoon.

The 33-year-old NRL star, who has just signed back on with his beloved Bulldogs, was at the centre of an incredible scandal when his ex-girlfriend Arabella Del Busso was caught out faking multiple pregnancies and miscarriages during their relationship.

He then went through a highly publicised domestic violence trial after accusations by Del Busso – but the charges and court case were quickly dropped.

And he has begun to put the drama behind him after debuting his relationship with Denham, who would appear to be the whole package. 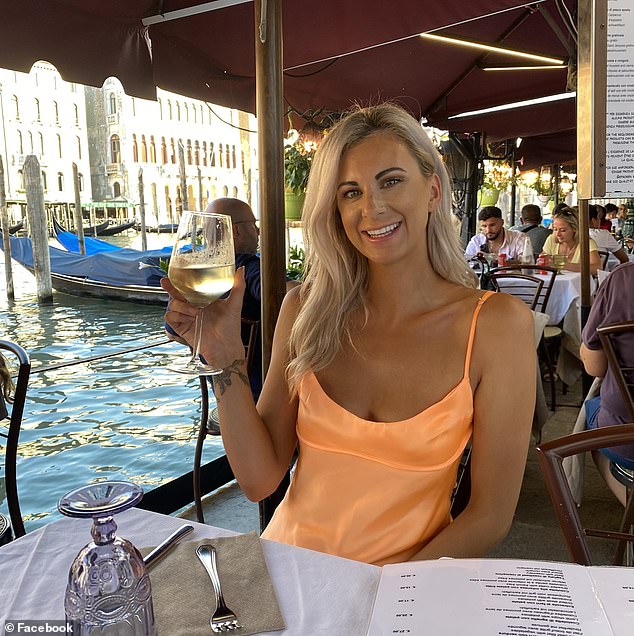 The glamorous blonde has been working for digital media company Jaywing for almost five years, according to her LinkedIn profile, after graduating from the University of Newcastle in 2017.

Her Instagram and Facebook profiles both confirm she is in a relationship with Reynolds, who she calls ‘my world’.

Denham recently posted a picture of her and Reynolds at Disneyland in Paris, with the couple looking loved-up.

The happy duo were wearing matching Mickey and Minnie Mouse ears, with Reynolds holding a smiling Denham in his arms. 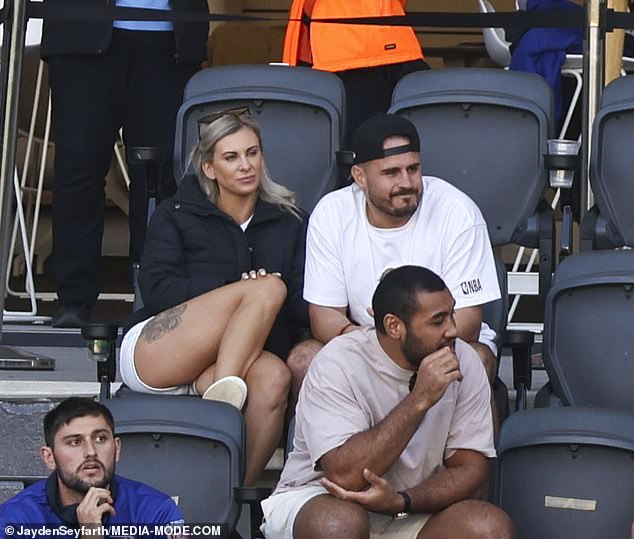 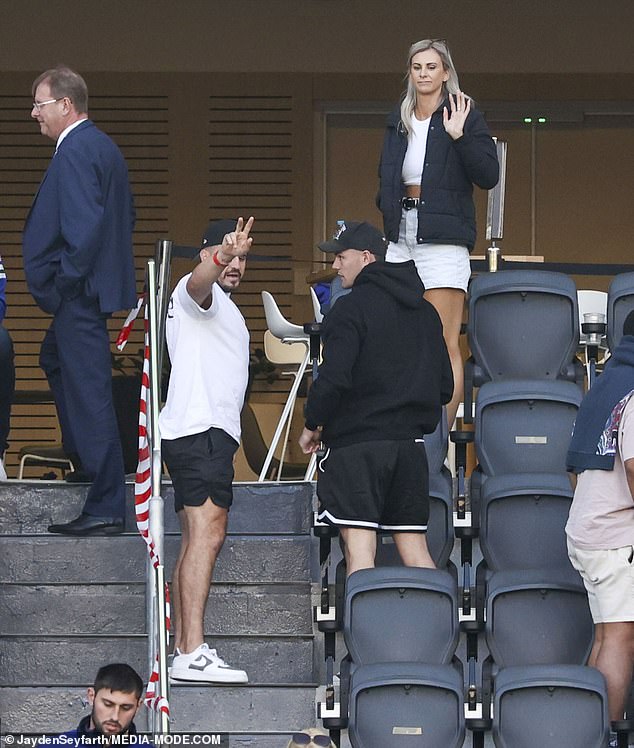 Reynolds (left, white t-shirt) and Denham (top right) say their goodbyes to friends after the game

They then stepped out for Sunday’s NSW Cup grand final between the Panthers and Bulldogs on Sunday afternoon in Parramatta, and were seen cosying up to each other as Reynolds’ new Bulldogs teammates went down 29-22.

The blissful happiness the couple seemed to be enjoying while mingling with fans and friends at the footy was in stark contrast to the relationship Reynolds endured with Del Busso.

Coincidentally, both Del Busso and Denham have very similar tattoos on their right upper thigh, suggesting the star Bulldog may have a penchant for ladies with ink. 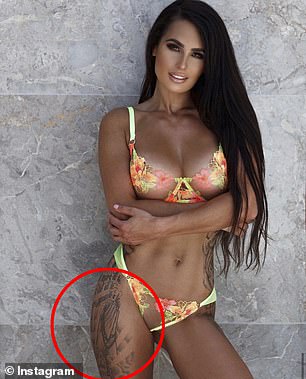 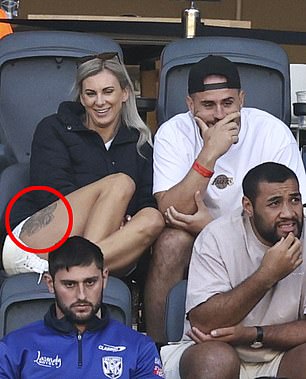 No doubt he will be hoping his current partner doesn’t come with even one ounce of the drama Del Busso – whose real name is actually Donna Preuska – brought him in their year-long relationship.

While appearing on SAS Australia in 2020, Del Busso admitted to faking multiple pregnancies and miscarriages while with Reynolds because she was scared he’d break up with her. 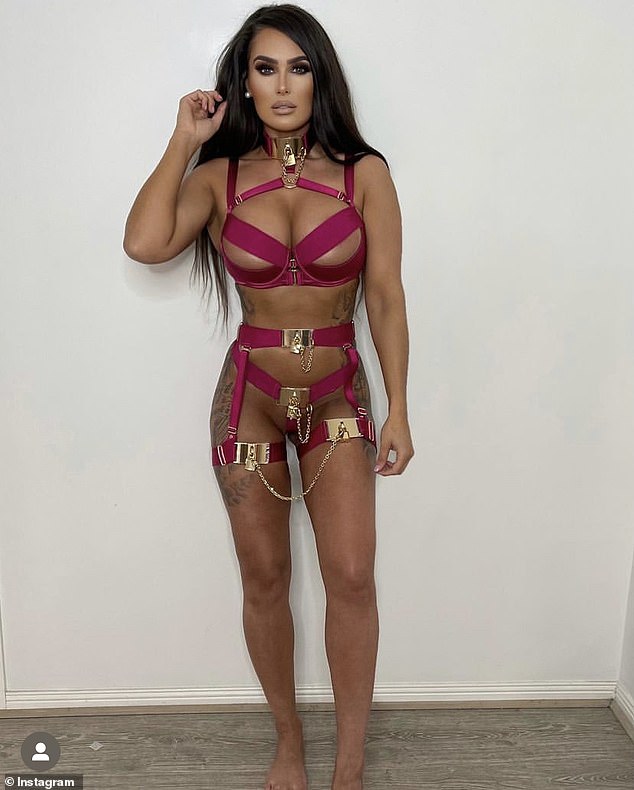 Reynolds also claimed Del Busso lied about her mother being dead, leading him to give her $4000 for the funeral.

Finally, however, Reynolds appears to have put that drama behind him, and will now look to make the most of his fairytale return to the Bulldogs.