New Zealand edged closer to winning the first Test against England as they extended their lead to 171 during a rain-affected second day’s play.

Kane Williamson enjoyed a landmark occasion on Friday as he became New Zealand’s all-time leading century scorer, adding 11 runs to his overnight 91 before being trapped lbw by Jimmy Anderson.

Williamson was the only wicket to fall in the 23.1 overs that were possible as the hosts added 54 runs to move slowly but surely to 229 for four.

Michael Atherton is 50 and we gave him a lovely cake! He says his first half-century has been a stodgy affair but he promises to be more expansive in his second.

Next up comes our very own Nasser Hussain.

True to form, he’s left the country before his birthday so he doesn’t have to buy a round of drinks….

Our very own Paul Newman bumped into none other than former US president Barack Obama who is here to play a bit of golf with his chums and earn a bob or two.

The only words Obama said to my esteemed colleague were ‘I see your lot can’t play the swinging ball…’ Then he walked off…. 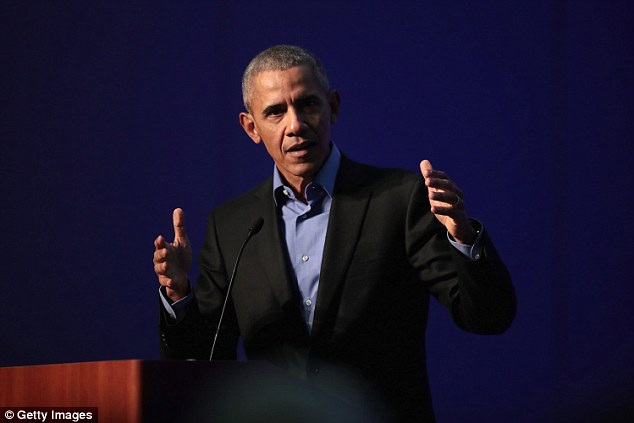 Our very own Paul Newman bumped into Barrack Obama, who is in New Zealand to play golf

Kane Williamson has gone past Martin Crowe and Ross Taylor with his 18th Test century for New Zealand.

He just seems to flip between each format without a problem even though he’s had the same preparation for this series as England.

He’s given England a lesson on how to play on this pitch and that’s get forward. 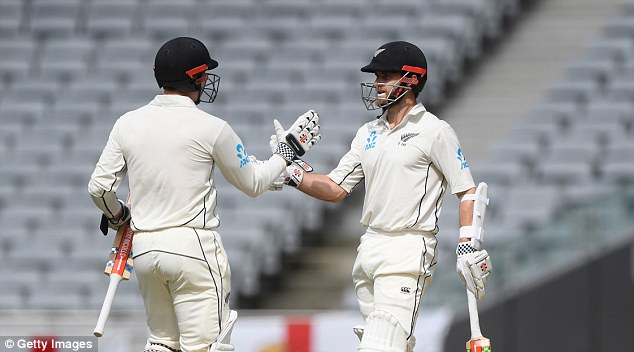 The bulk of the New Zealand team went to Mount Maunganui to practice before this Test armed with brand new boxes of pink Kookaburra balls.

Trent Boult and Tim Southee, who bowled England out for 58, took random balls out of the boxes and some swung and some didn’t.

It blows out the water the theory about swing being created by atmospherics and humidity. It’s the ball!

England were looking for any ball that would swing and got the first one they used changed three times. All to no avail.

Jimmy Anderson is the greatest exponent of swing bowling in the modern game but he didn’t move a single ball in the first 80 overs.

So then England’s bowlers tried to go back to their back of a length methods and they didn’t work either. They were all much of a muchness and the alarming thing to me was that Anderson was quicker than Overton… 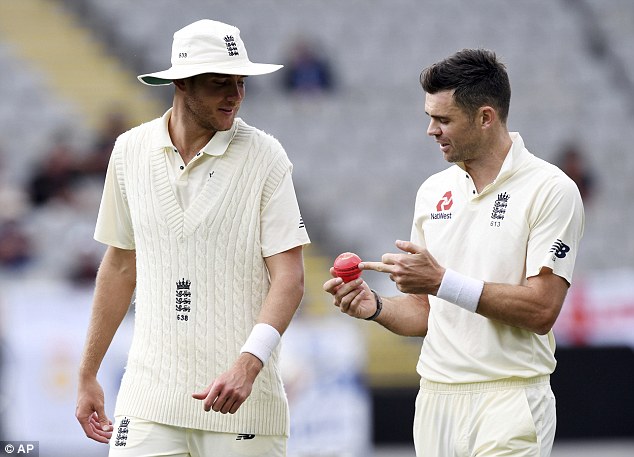 There’s a golden opportunity for a young quick bowler to burst into this England team.

Step up George Garton, Tom Helm et al because we need pace. I would chuck one of them in the team this summer because there’s no potency in this attack.

The stats tell the story. Since England won in India in 2012 only Joe Root, Matt Prior and Haseeb Hameed have averaged more than 40 away from home and the last two only played a handful of matches in that team.

The big two bowlers Anderson and Stuart Broad average just under 30 with the ball, Moeen Ali averages 51 and Chris Woakes 57. That’s why they’re not winning…. 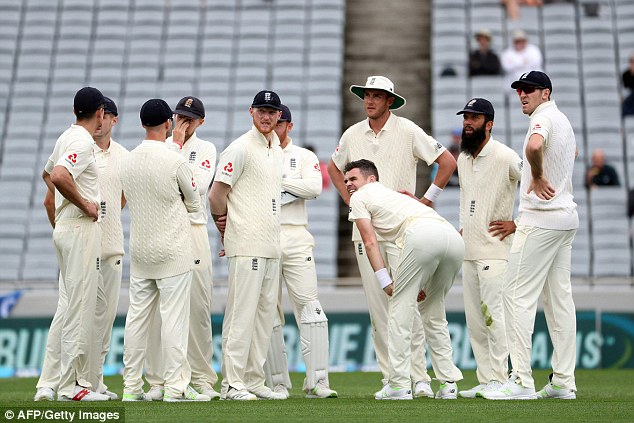