Bumbling Biden claims ‘85,000 jobs have been lost in the US and millions of Americans have died’

Presumptive 2020 Democratic nominee Joe Biden bumbled his way through a ‘virtual roundtable’ he hosted on Thursday afternoon, as questions regarding the former Vice President’s mental acuity continue to mount.

And the self-proclaimed ‘gaffe machine’ did little to mitigate those apprehensions during a monologue about soaring unemployment levels on Thursday, in which he wrongly claimed 85,000 jobs have been lost in the US as a result of COVID-19, and millions of Americans have died.

‘You know, and we’re in a position where, you know we just got new unemployment insurance, this morning, uh, numbers — 36.5 million claims since this crisis began.’

Much like his other livestreamed events, the broadcast was also marred with technical difficulties and audio glitches, but for the most part Biden managed reign in his stammering.

Biden told Gov. Whitmer she’s done ‘one hell of a job’ leader her state through the COVID-19 outbreak, following a series of high-profile clashes with anti-lockdown protesters. 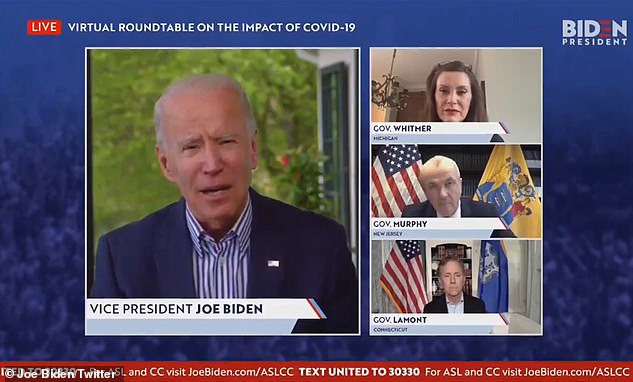 President Trump has routinely poked fun at Biden over his well-documented stumbles, suggesting the Democrat is mentally unfit to hold office 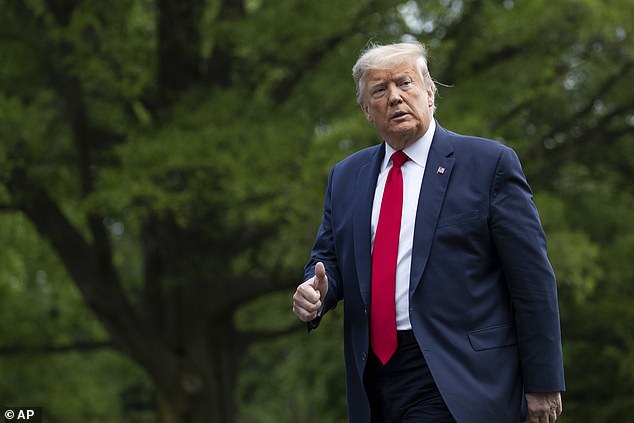 President Trump has routinely poked fun at Biden over his well-documented stumbles, suggesting the Democrat is mentally unfit to hold office

The former vice president, who called Whitmer ‘such a good governor,’ wasn’t the only one to applaud her during the virtual meeting, with praise also voiced by Murphy and Lamont.

Whitmer’s leadership has attracted national attention and fueled rumors of a possible spot for her on the Democratic presidential ticket.

‘There’s got to be federal support to state and local levels of our government, so that we can come out of this crisis stronger and more united,’ Biden told the governors, who detailed the challenges they’ve faced wrangling assistance from the White House.

Whitmer, an outspoken critic of Trump, shared concerns of a potential second wave of coronavirus if states such as Michigan and Ohio ease lockdown orders too early.

‘All of these aggressive actions are starting to pay off, but we’re nowhere out of the woods, yet,’ Whitmer said.

Shortly before securing the presumptive nomination, Biden promised to announce a female running mate after the historically diverse presidential field was narrowed down to two older white men. 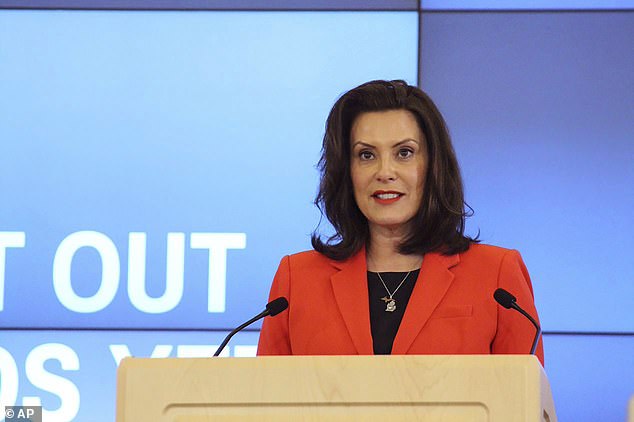 Among the frontrunners are California Sen. Kamala Harris and former Georgia state House majority leader Stacey Abrams, who are both seen as choices that could potentially help boost turnout among black voters.

Elizabeth Warren is a name also often mentioned, for her possibly ability to help rally the progressive wing behind Biden’s campaign.

Gov. Whitmer, meanwhile, is seen as a running mate who could potentially help Biden carry Michigan – a state Trump won by fewer than 11,000 votes in 2016.

Despite an intense standoff between Whitmer and armed protesters at Michigan’s State Capitol earlier this month, the Governor’s approval rating on her response to the pandemic is at 72 percent – significantly higher than Trump’s national rating at just 43 percent.

Whitmer last appeared alongside Biden in person at his primary-eve rally in Detroit in March, the last rally he held before mass gatherings were banned across the nation.