A daredevil tourist yesterday was left trapped mid-air for an hour after leaping from the world’s highest commercial bungee jump in Macau.

He was saved by firefighters but was reported to have suffered from hypothermia due to cold weather. 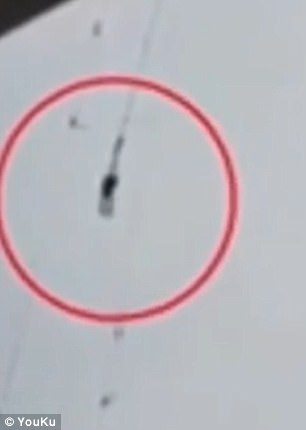 The pictures show the 30-year-old tourist being trapped mid-air from a 764-foot bungee jump in Macau yesterday. He was stuck at around 180 feet in the air for as long as an hour

Eight fire engines were sent to the Macau Tower upon receiving an incident report at around 2:40pm local time.

The tourist can be seen being stranded mid-air, supported by three ropes.

Firefighters had to ascend a 70-metre-long (230-foot) ladder from their fire engine and cut two ropes from the side, according to Macanese TV station, Mastvnet.

The man was sent to the ground with the help of staff at the Macau Tower at around 3:45pm.

According to reports, the man is ethnically Chinese, but holds a Russian passport. 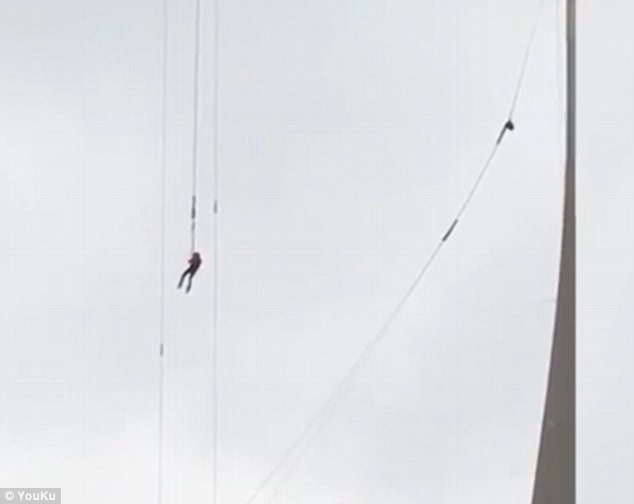 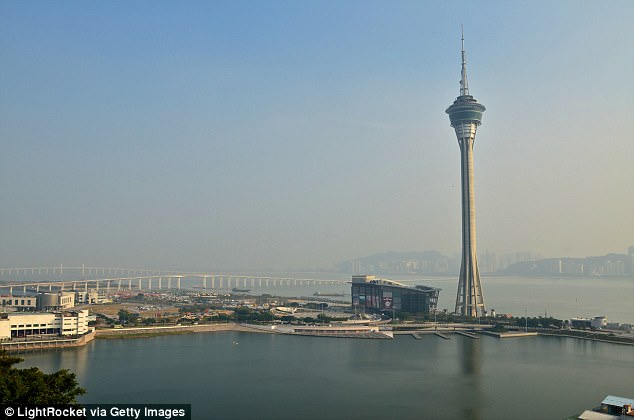 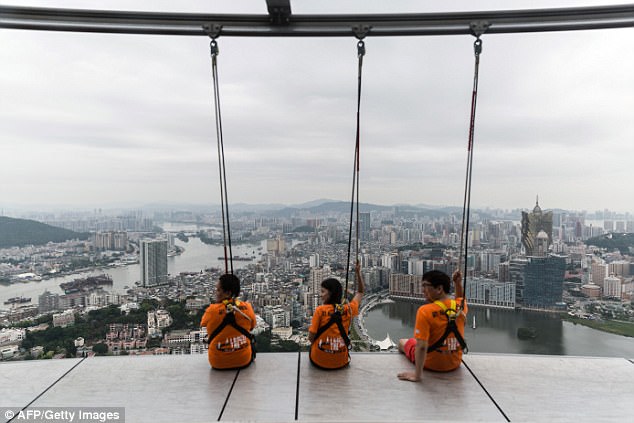 Initial investigation report by the firefighters stated the cause of the incident could be related to jamming of the pulling system.

After being rescued, the man was shivering. He also appeared to have a cold and pale skin. Paramedics sent him to Hospital Conde S. Januário for immediate treatment.

The Macau Tower Convention and Entertainment Centre said that an investigation from the bungee operator claimed the backup safety system was activated when the man jumped, according to HKFP.

The investigation explained that was why the man was being lowered to the ground, which left him dangling in mid-air, according to the same report.

The company will conduct further investigation to see if the incident was related to cold weather.

Macau Tower’s bungee platform was on the 61st floor in 2006.

It holds a Guinness World Record of the highest commercial bungee jump facility.