Bunnings has denied it apologised to customers who refused to wear face masks in their stores after ‘Karens’ filmed themselves arguing with staff over the new rules.

Elizabeth ‘Lizzy’ Rose claimed the warehouse giant issued her with an apology after she entered the store in Maribyrnong, just west of Melbourne, with a medical certificate exempting her from wearing a mask.

Ms Rose, a self proclaimed high priestess witch who performs exorcisms for a living, said she was denied customer service and Bunnings management called the police on her.

‘Bunnings have just sent me an apology and pulled down their posts and asked me to provide my contact information so they can calmly and respectively find a solution to what wrongfully occurred yesterday in the Maribyrnong store,’ she wrote on Facebook on Monday.

Exorcist Lizzie Rose said she has a medical certificate that exempts her from wearing a mask. She has filmed herself shopping at Bunnings

But Bunnings have denied issuing an apology to shoppers who go against the mandatory mask requirement for residents in metropolitan Melbourne and Mitchell Shire amid a second wave of coronavirus infections.

Managing Director Mike Schneider said Bunnings have put the welfare of their team and customers ‘at the core’ since the COVID-19 pandemic.

‘As the community has seen from a couple of disappointing incidents over the weekend, our team are doing everything they can to help keep everyone safe in sometimes challenging circumstances,’ he said.

‘To be absolutely clear, we require that all customers wear a face mask or face covering if they visit a Bunnings store or Trade Centre in metropolitan Melbourne, or the Mitchell Shire.

Mr Schneider said exceptions would only be made for children aged under 12 and customers with valid medical reasons.

‘Regardless of what some people have said online, we make no apologies for following the advice of the Chief Health Officer in order to keep everyone in our stores safe,’ Mr Schneider said. 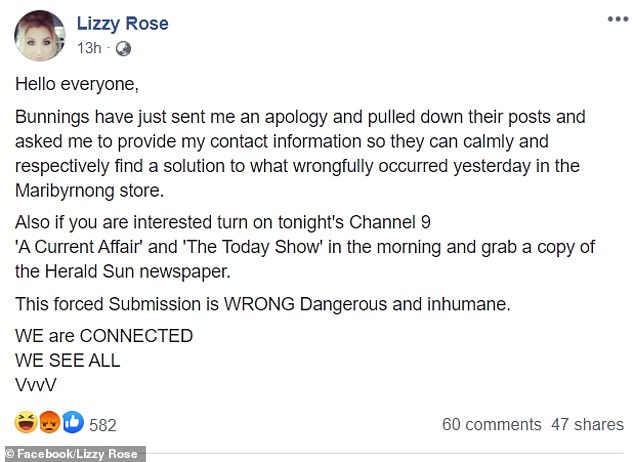 Ms Rose claimed the warehouse giant issued her an apology after she entered the store in Maribyrnong, just west of Melbourne 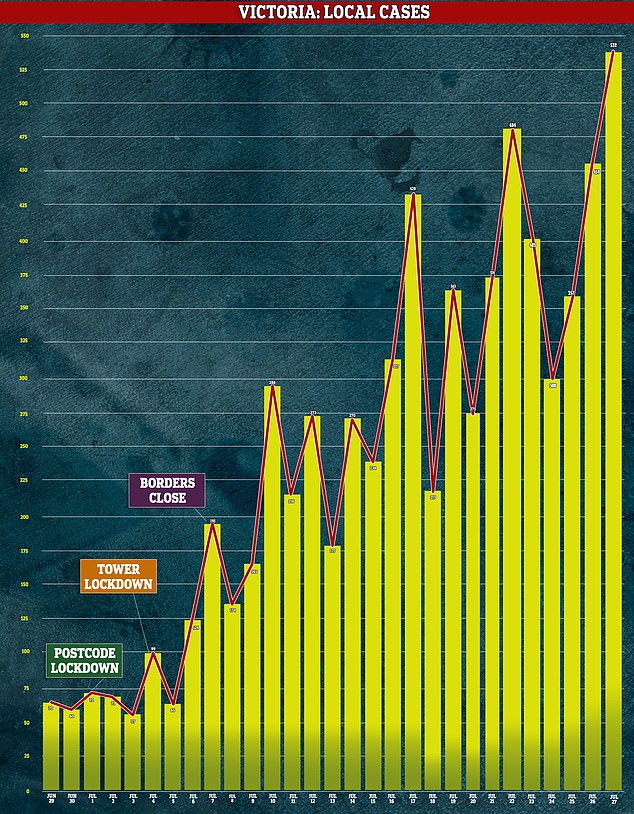 This graph shows how the state’s second wave has not been kept under control even with lockdown. Victoria recorded its biggest ever daily spike on Monday

‘And to those who are claiming we have backed down from enforcing these rules and apologised, let me be clear: we haven’t and won’t. And any representations that we have are false.

‘We won’t tolerate abuse against our team members and any customers who do not respect the hard work of our team will be denied entry — and if needed will be referred to Victoria Police.’

Mr Schneider also thanked ‘the vast majority of customers’ who have followed the rules.

Ms Rose emerged as one of the leaders of a group of Melburnians that have come to police attention since mandatory mask wearing laws were implemented on Thursday July 23.

‘I went shopping in my local Bunnings where I’ve spent thousands of dollars over nearly 18 years and was rudely illegally denied customer service due to not wearing a facial mask, despite the fact that I produced a legal medical certificate of exemption,’ she posted after visiting the store. 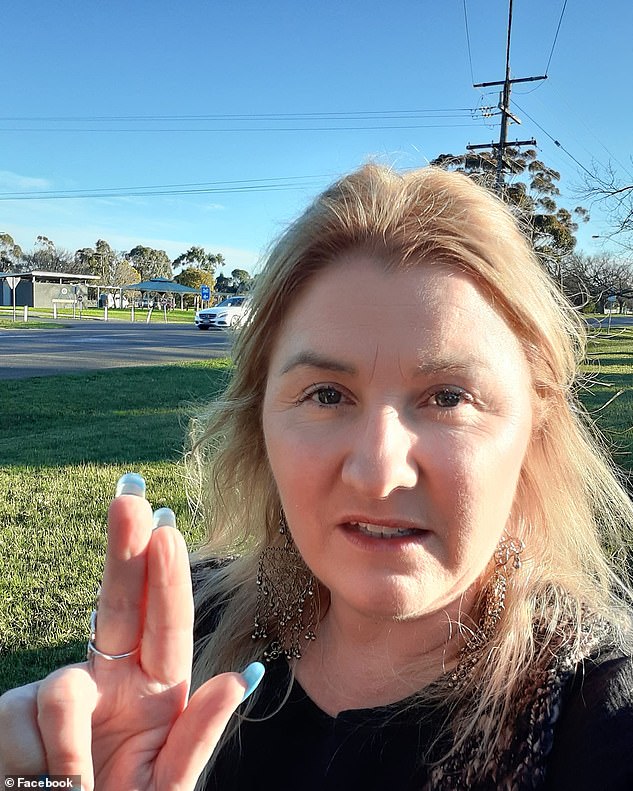 Ms Rose’s stance came amid similar protests by another ‘Bunnings Karen’, Kerry Nash, who filmed herself in a store in the Melbourne suburb of Narre Warren on Friday.

She accused staff at the store of abusing her human rights by politely asking her to wear a mask, and was briefly arrested after clashing with police outside.