A man has been charged after being caught on camera violently slapping a Burger King employee after a row over chicken nuggets being made ‘extra spicy’.

The assault was captured on camera last week at a branch of the fast food chain in Pittsburgh.

In the short 16-second clip, the customer can be seen threatening one employee while talking to another.

The video starts mid-conversation with the man yelling at a female worker out of shot: ‘Can’t f****** count but for robbery and stealing stuff.

‘She needs to get the f*** out of here before I get her put in jail for the rest of her life!’

The worker then let’s the customer know that he is being filmed. ‘Sir, you are on camera right now,’ he said.

But the man, who has been identified as 21-year-old Austin Addison ends up suddenly slapping the worker, knocking his glasses clear from his face before quickly walking out of the store. 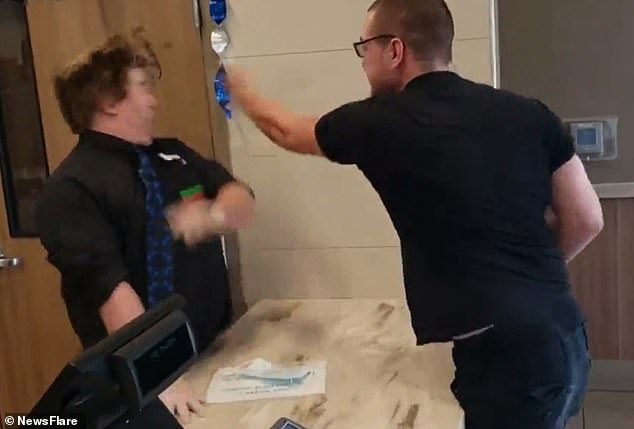 The assault happened in a branch of the fast food chain in Pittsburgh. The customer allegedly threatened another employee before slapping a second worker 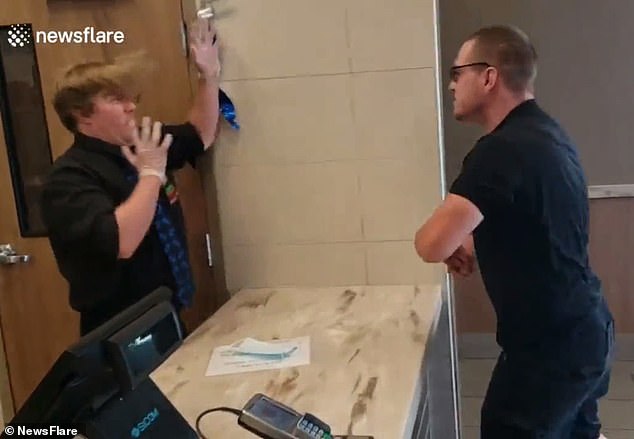 ‘I was honestly very shaken up at how he did that, I happened to console the poor guy but I was too shaken up to do anything,’ the person who filmed the footage,  Garret Reams, said.

Reams said that Addison was already enraged when he walked into the restaurant and was seemingly looking for the female employee whom he knew.

He first threw down his keys onto the counter while Reams tried to calm him down, but when that failed, he decided to film what happened next.

Addison, 21, has been charged with harassment, disorderly conduct and criminal mischief according to TMZ which carries a possible punishment of up to two years behind bars and a fine up to $5,000 if convicted. 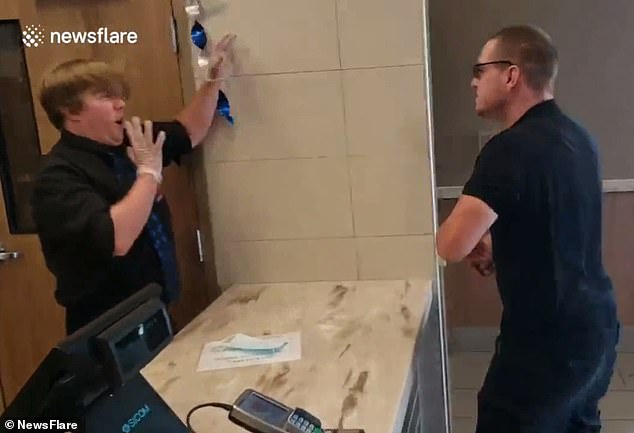