Joseph Isaacs (pictured) is accused of attempted murder for an attack on 96-year-old Jim Booth at his home in Taunton, Somerset on November 22 last year

A hammer-wielding burglar has admitted attacking a 96-year-old D-Day veteran at home before taking his bank card and splashing out in shops, pubs and Burger King.

He also admitted aggravated burglary at Mr Booth’s home in Taunton, Somerset, as well as seven fraud offences related to the spending spree he went on in the hours after the attack.

Appearing by video link from Long Lartin prison, at Taunton Crown Court, Isaacs denied attempted murder and will now face a three-day trial in May on that charge.

The court heard how Mr Booth suffered serious injuries when he was attacked on his doorstep by a cold caller armed with a hammer.

Isaacs, of no fixed address, has already admitted using the great grandfather’s bank card at a Burger King in Bridgwater, Somerset on the same day. The following day he used the same card six more times in shops, pubs and food outlets in Bridgwater and nearby Burnham-On-Sea, Somerset.

Mr Booth is the last surviving member of a secret Second World War mission ahead of the D-Day invasion in June 1944.

After the attack his family paid tribute to him, calling him a ‘family hero’ and saying he was known as ‘The Legend’. 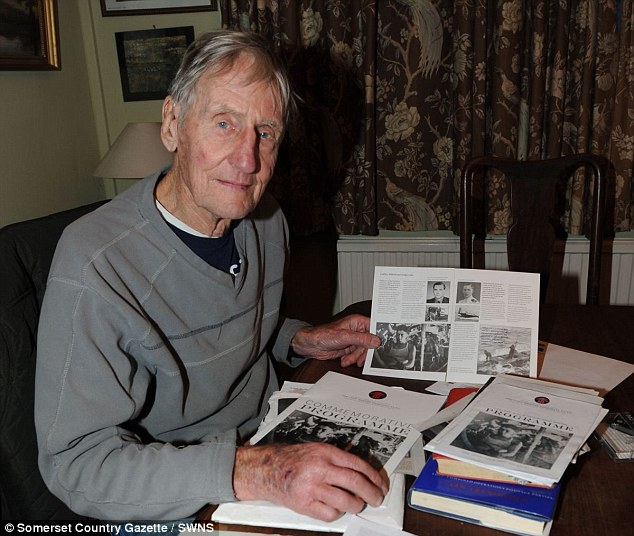 Judge David Ticehurst told the defendant: ‘Joseph Isaacs, the trial is going to take place on May 21.

‘It has a likely time estimate of three days. You will remain in custody until then.’

Mr Booth returned home 10 days after the attack and his family said he had been ‘enormously uplifted’ by cards and good wishes from people ‘of all ages and nationalities’.

They said: ‘These include a little boy who anonymously sent his £5 Christmas money and the school children from Normandy who drew pictures of his submarine on D-Day.

‘He is very touched by the kindness of friends, neighbours and strangers who have offered help and wished him a speedy recovery.’

In August 2015 Mr Booth joined Prince Charles and the Duchess of Cornwall for a reception in the grounds of Westminster Abbey. 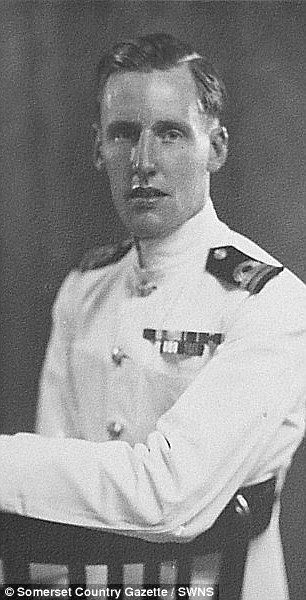 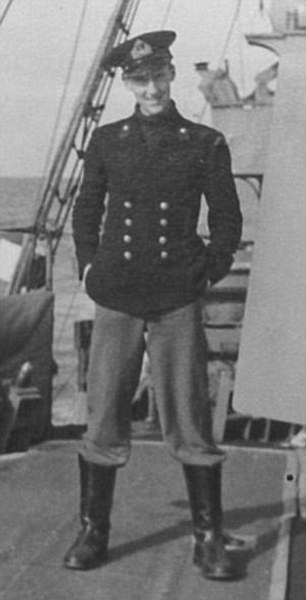 Isaacs (pictured in his Royal Navy days) has admitted aggravated burglary, grievous bodily harm and seven counts of fraud after Mr Booth was attacked with a hammer and his bank card was stolen on November 22 last year

And despite being 93, he took to the dance floor with Camilla at the Royal British Legion party.

After the attack his family said: ‘Our father is an exceptional person of whom we are all immensely proud.

‘He is, and always has been, our family hero.

‘Our father is not easily defeated and he grows a little stronger each day.

‘We are all focused on the long process of recovery, which will be helped by the love and support of all those around him.’

Mr Booth was part of a crack team of submariners who spent five days underwater before the Normandy landings.

He was part of the squad that helped guide Allied landing craft to Sword Beach instead of them drifting on to jaged rocks.

His team spied on Nazi troops across the shoreline before shining beacons across the sea to guide the Allies in.

As a Royal Navy officer he also served in Burma and was awarded the Croix de Guerre medal by the French. The court heard how Mr Booth suffered serious injuries when he was attacked on his doorstep (pictured) in Taunton, Somerset by a cold caller armed with a hammer

He joined the Senior Service as an 18 year old and served throughout the 1939-45 war.

He became part of the Combined Operations Pilotage and Reconnaissance Parties (COPP) which was set up in 1943.

Aged just 23 he became a submarine pilot for the X craft – tiny submarines that waited on the seabed for days at a time.

They submerged near the landing area on June 4th prior to the invasion on the 5th – but bad weather delayed the operation for 24 hours.

The crew survived the lack of air in cramped conditions by sleeping and talking as little as possible.

The court was told yesterday that Mr Booth may have to give evidence in the trial.

Isaacs was remanded in custody ahead of his trial on May 21. 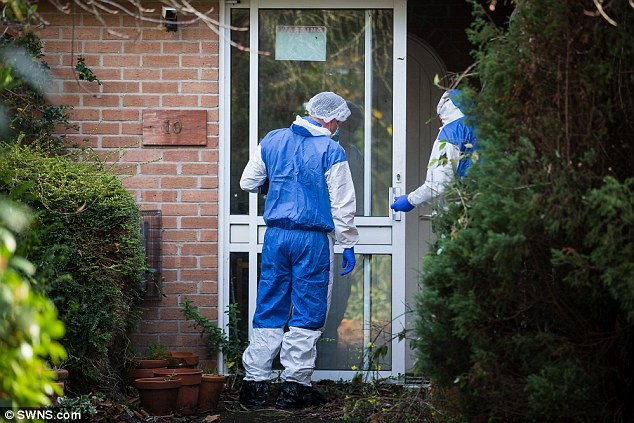