Chilling CCTV footage shows the moment a murderer strolls to the pub the day after running over an ex-Royal Navy officer with his own car after a botched break-in.

Ryan Gibbons, 29, killed Mike Samwell outside his home in Chorlton, south Manchester, as the victim’s wife Jessica watched in horror.

Gibbons puffed out his cheeks and glanced towards his family as the verdict was delivered, while Mrs Samwell, supported by her husband’s family, quietly wept.

She held her husband’s hand, telling him she loved him as he lay dying from catastrophic crush injuries to his chest and heart after the burglary in April.

The couple were woken in the middle of the night as Gibbons broke into their £450,000 house snatching the keys to Mr Samwell’s Audi S3 sports car from the kitchen table.

Mr Samwell, a nuclear engineer after serving 12 years in the Royal Navy, dashed outside in his underwear, shouting ‘Get out of the car!’ – but was then run over. 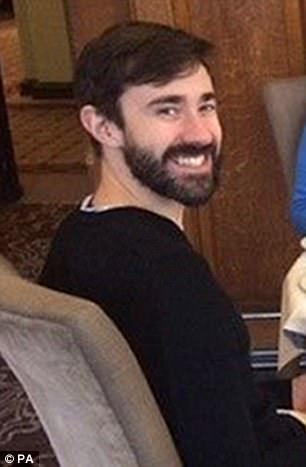 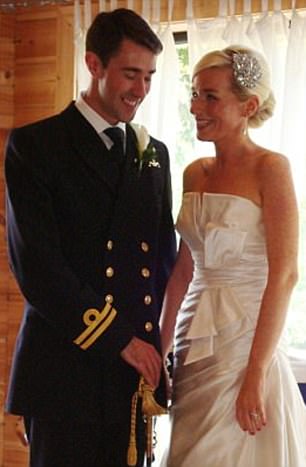 MrSamwell died after he was run over by his own car. His wife Jessica, pictured on their wedding day, ran downstairs and saw the car driving over her husband before he lay dying holding her hand 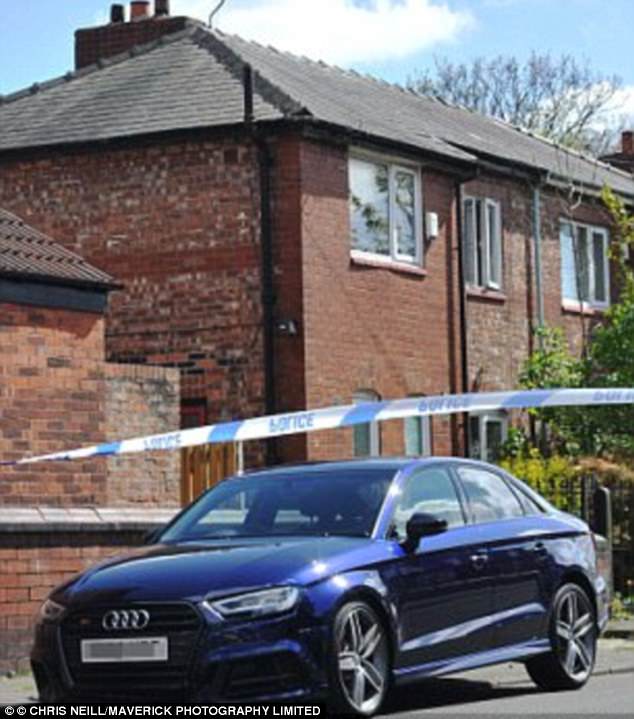 Just one day after the killing, CCTV captured Gibbons strolling to the pub in a cynical attempt to ‘act normal’.

Gibbons, of Chorlton, has pleaded guilty to burglary and aggravated vehicle taking but he denied murder on April 23.

However, the jury at Manchester Crown Court took less than four hours to convict him. He now faces a mandatory life sentence.

Raymond Davies, 21, who helped in the burglary, was convicted of manslaughter and taking a vehicle without consent. He pleaded guilty to burglary at an earlier hearing.

The victim’s widow, father and brother have sat through the three-week trial.

Sobbing Mrs Samwell told the jury: ‘When I got to him he had tyre marks across his chest.

‘I was shouting, ‘Help! Help! Somebody help me!’ I was just telling him that I loved him and holding his hand.’ 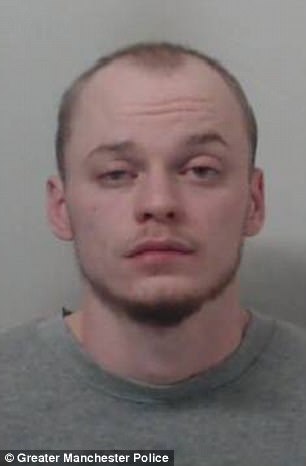 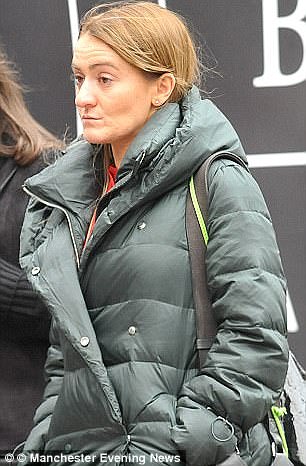 Raymond Davies (left), who also took part in the burglary, was convicted of manslaughter. Gibbons’ girlfriend Stacey Hughes (right) was cleared of assisting an offender

Gibbons had told the jury he did not see Mr Samwell or deliberately run over him, but heard ‘screaming’ and thought, ‘something had gone under the wheel’ before speeding off. He said the plan was to sell the stolen car for £2,000.

Speaking after the verdicts today, Detective Chief Inspector Lewis Hughes said: ‘How many of us would have done the same thing in Mike’s position, protecting our home and our loved ones from people like Gibbons and Davies.

‘Instead of calling for help, or turning themselves in, these men actively chose to evade police after Gibbons took Samwell’s car and left Mike fighting for his life.

‘The word tragedy is used too often these days, but no other word seems right to describe the utter devastation this pair left behind in their determination to steal from the Samwells.’

Earlier the court heard how Gibbons, a £600-a-week concrete floor contractor, who does not hold a driving licence, had been taking cocaine and drinking on the night Mr Samwell died. 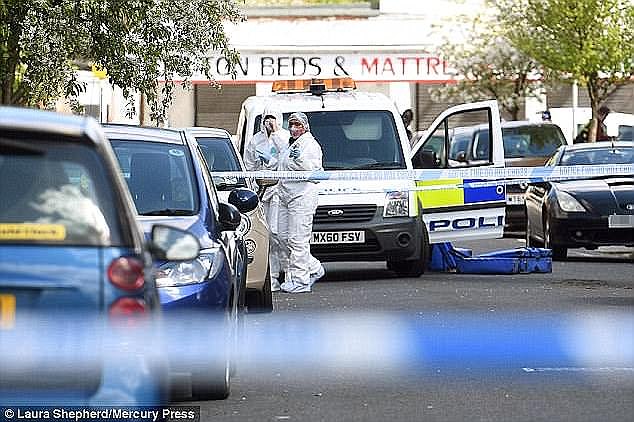 Gibbons returned home then went to buy some cannabis but came across Raymond Davies sitting in his BMW with two other men he refused to name.

Gibbons claimed talk turned to doing a burglary to steal a ‘nice car’ to sell for £2,000 and he suggested the Samwell’s house because of the Audi.

He was arrested in Scotland less than a week after the killing. He had driven the car off at speeds of up to 90mph, before he crashed into a curb.

Both defendants will be sentenced on Wednesday morning.

Gibbons’ girlfriend Stacey Hughes, 28, also of Chorlton, was found not guilty of assisting an offender.

‘Forever our hero’: Victim’s family remember his ‘boundless energy and enthusiasm’ but bemoan ‘senseless waste of life’ of murder 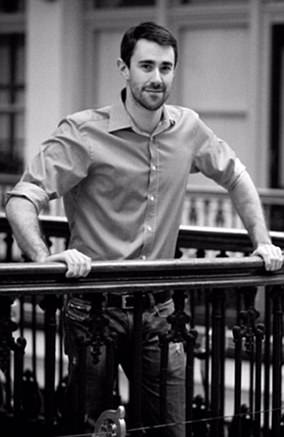 A tribute from Mr Samwell’s family read: ‘It has been just over 6 months since we lost our Mike. We greet the verdict today with a mixture of sadness and relief. Relief that this process is over; that we no longer have to go over the excruciating final events that took Mike from us.

‘Sadness for the potential that has been stolen from us; the future that we will never get to see.

‘We are also saddened by the senseless waste of life that this event has wrought, not only Mike’s life but the lives of all of those connected to this awful act.

‘We are confident in the justice system and have been extremely well supported by members of the police and CPS. We’re extremely grateful to the people who have put so much time and effort into this case, working long hours and putting their lives aside to see justice done.

‘We’re particularly thankful to our family liaison officers who have been there for us without fail from the day that Mike died.

‘Now that the trial is concluded, we can put the brutality of Mike’s death to one side and focus on the life of our much loved husband, son, brother and friend, who we are so thankful to have had in our lives.

‘Mike was one of those rare people who was loved by everyone who met him. He saw the potential in people and would go above and beyond to help them to realise it.

‘His outlook on life was always positive, even in the face of hardship and adversity he would have a smile and an awful joke ready to lighten the situation.

‘One of the most important and inspiring things about Mike was the passion and drive that he poured into absolutely everything he did and everyone he loved; he did so with what appeared to be boundless energy and enthusiasm.

‘There isn’t enough time and definitely not enough words to express how proud we are of Mike. We can’t even begin to explain how much our Mike will be missed. To us he was, and forever will be, our hero.’