Burial site of a 1,300-year-old Mayan ambassador is revealed

Remains of a high-ranking Mayan man who lived 1,300 years ago have been discovered in Mexico and experts have now built up a timeline of his life.

The man, believed to be a diplomat called Ajpach’ Waal, was instrumental in forging an unlikely alliance between two powerful dynasties in the eighth century.

He was from a wealthy family and this success gave him power, money and influence.

But the peace ended just ten years later when one of the kings was beheaded in a rebellion and the other ruler was overthrown.

Ajpach’ Waal subsequently lost his money and power, and he likely died in relative obscurity.

Ajpach’ Waal was between 35 and 50 years old when he died. His teeth (pictured) were modified to hold expensive implants of pyrite and jade. One of these implants — in the right canine — fell out some time after his crowning moment in 726AD and was not replaced. The hole would have been highly visible and embarrassing and further solidifies the theory he had lost his once vast fortune 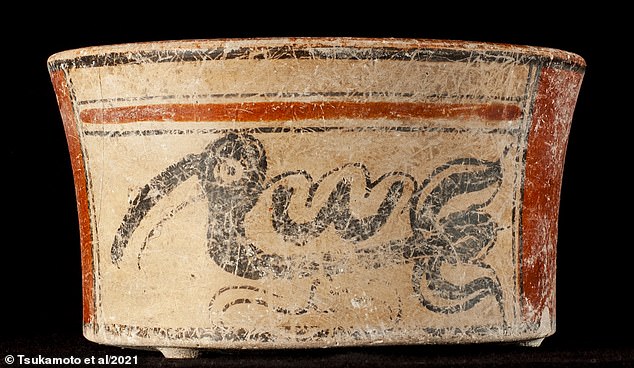 The platform and inscription points to a powerful person of great influence, Ajpach’ Waal’s body, which was found next to the platform, was buried with just two clay pots. No other valuables were in the grave alongside the skeleton. In Maya culture, rich people were buried with their valuables to accompany them to the afterlife

Excavations at an archaeological site in El Palmar, Mexico revealed a temple with a stairway leading to a ceremonial platform and the grave of a small man.

Adorning the stairway was a smattering of hieroglyphics which revealed Ajpach’ Waal travelled to Honduras in the year 726AD.

He made the journey in order to facilitate a peace meeting between the rival kings of Copánand the king of Calakmul.

It is thought this was successful in the short-term before ultimately crumbling.

THE MAYA: A POPULATION NOTED FOR ITS WRITTEN LANGUAGE, AGRICULTURAL AND CALENDARS

‘The ruler of a subordinate dynasty decapitated Copán’s king ten years after his alliance with Calakmul, which was also defeated by a rival dynasty around the same time,’ Professor Kenichiro Tsukamoto, co-author of the study from the University of California Riverside, said.

The Mayan civilisation reached its peak between 250 and 900AD, when it ruled large swathes of what is now southern Mexico, Guatemala, Belize and Honduras.

It came to a crushing end with the invasion and colonisation by the Spanish conquistadors in the 16th century, spearheaded by by Hernán Cortés.

Though people continued living at El Palmar for some time after Ajpach’ Waal’s death, the region was eventually abandoned and reclaimed by the jungle.

The inscriptions on the staircase identified Ajpach’ Waal as a ‘lakam,’ an ambassador that carried a banner as diplomatic parties walked between cities.

Analysis of the tomb and the evidence indicates he inherited this privileged role from his father and mother, who were both of elite breeding.

But this job also caused him pain in later life, as analysis of his skeleton revealed he had arthritis in his hands, right elbow, left knee, left ankle, and feet.

The meeting of the two kings was the pinnacle of Ajpach’ Waal’s life and as a result he built himself the ceremonial platform when he returned home after the trip. 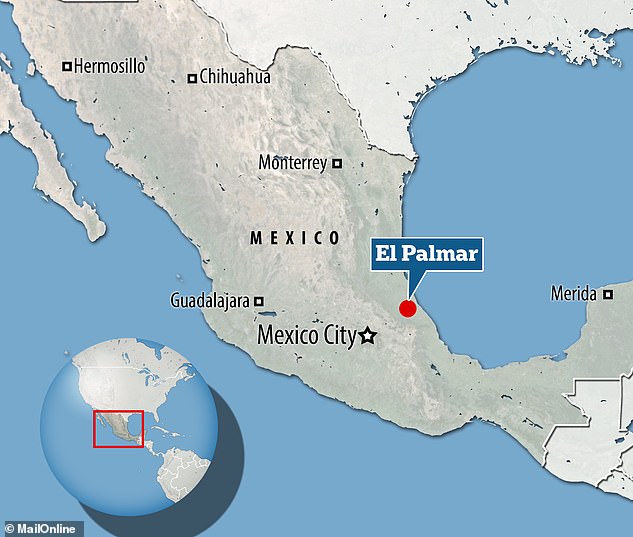 Excavations at an archaeological site in El Palmar, Mexico revealed a temple with a stairway leading to a ceremonial platform and a nearby burial of a small man

Only influential people were affording this privilege and the platform was later used as a site where rituals took place for a select group of powerful members in society.

But while the platform and inscription indicates he was a powerful person of great influence, his body was buried with just two clay pots.

No other valuables were in the grave alongside the skeleton. In Maya culture, rich people were buried with their valuables to accompany them to the afterlife.

The disparity between the apparent wealth of the platform and the poverty of the burial piqued the interest of the archaeologists. 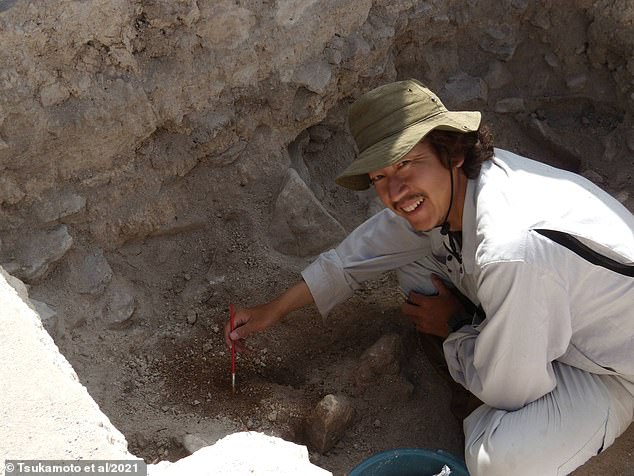 Mayan palace dating back more than 1,000 years found in Mexico

Archaeologists have discovered a large Mayan palace in an ancient city that was likely used by the society’s elite more than 1,000 years ago.

Excavations at the site of the ancient city of Kuluba, near the modern-day city of Cancun, Mexico, revealed the relics.

The Mexican National Institute of Anthropology and History (INAH) claims it was inhabited for two long periods between 600-1050 AD.

The palace was discovered in the east of the Kuluba archaeological zone, a key pre-Hispanic site in Mexico’s Yucatan state.

Along with the palace, Mexican experts are exploring four other structures in the area.

Early analysis reveals an altar, remnants of two residential buildings and a round structure believed to be an oven.

Professor Tsukamoto and Dr Jessica Cerezo-Roman from the University of Oklahoma studied the bones to learn more.

It revealed Ajpach’ Waal was between 35 and 50 years old when he died and his teeth were modified to hold expensive implants of pyrite and jade, pricy natural gems.

The researchers say such a procedure was often done in Maya culture as a rite of passage and Ajpach’ Waal may have had this painful procedure done after inheriting his father’s title and prestige.

But one of these implants — in the right canine — fell out some time after his crowning moment in 726AD and was not replaced.

The hole would have been highly visible and embarrassing and further solidifies the theory he had lost his once vast fortune.

There were other clues as to his upbringing and life. He had a flattened patch on the back of his skull which was purposely created in infancy by Maya parents as it was thought to make a person more attractive.

But despite his obviously high-standing place in society, he still had a problematic childhood.

His arms bore scars from a bacterial infection, brought on by either scurvy, trauma or rickets, and his skull had the hallmark signs of porotic hyperostosis, a condition caused by childhood malnutrition or disease.

He also broke his right shin at some point in his life with an injury similar to that which many footballers and rugby players suffer today.

The experts speculate his broken tibia likely happened while playing a ball game, possibly the same sport which was also depicted on the stairway.

His oral health was also poor, with evidence of large-scale tooth loss on the left hand side of his jaw due to gum disease.

The full findings are published in the journal Latin American Antiquity.