We should have known Burnley’s name wasn’t on the cup when they couldn’t even get the names right on the team sheet.

The Premier League club went out to Bournemouth who reached the quarter-finals for the first time in 64 years under caretaker boss Jonathan Woodgate with a deserved win at Turf Moor on Tuesday night.

Not before it emerged that Burnley were guilty of committing an embarrassing mistake after they named Erik Pieters in the line-up for this fifth-round tie even though the Dutch left back was suspended after being booked in the previous two rounds against MK Dons and Fulham. 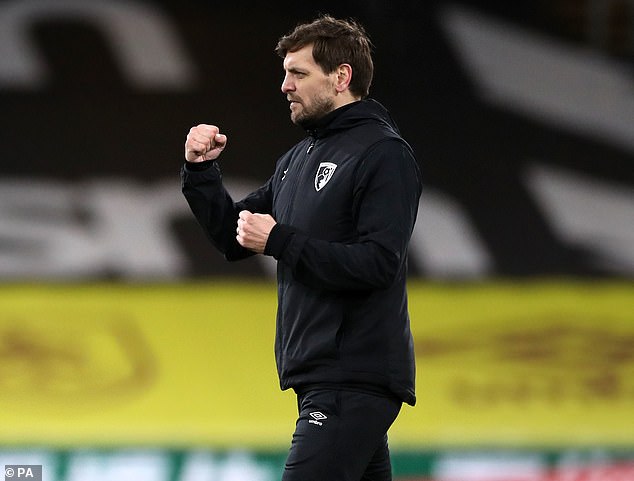 After BT Sport staff claimed credit for spotting the mistake, bizarrely it turned out that Bournemouth’s head of media Anthony Marshall alerted their opponents to the problem.

Pieters’ name disappeared from the line-up and he was replaced by young Anthony Glennon, handed a full debut at very short notice.

‘We have people who keep an eye on situations, but the rules have changed this year with bookings in the FA Cup. Unfortunately it was a slip-up. 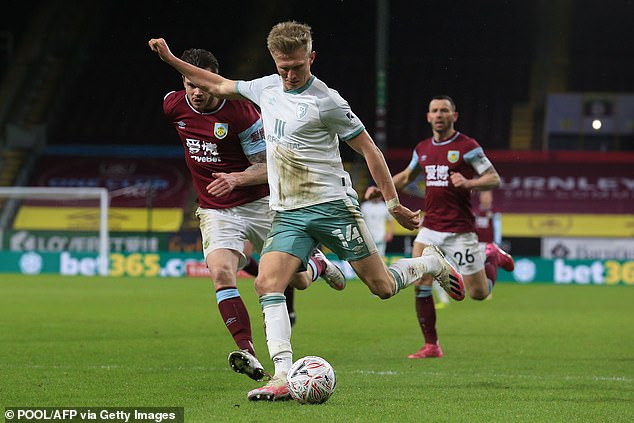 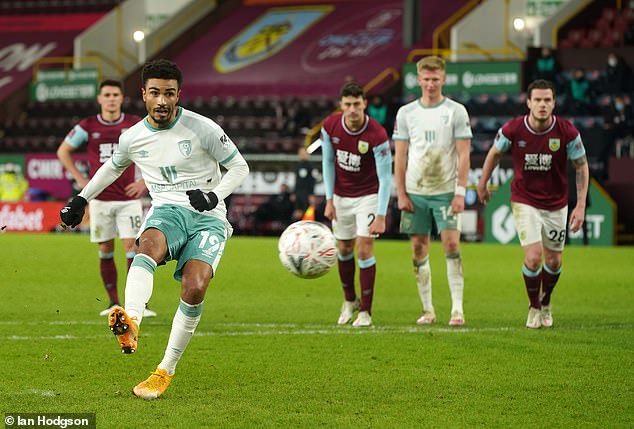 ‘To be fair to Bournemouth they flagged it up, so credit to them for the gentlemanly act.

‘You would like to think if it doesn’t happen in a sporting manner there could be a story the other way, but fair play to them.

‘He (Pieters) didn’t know himself. I thought Anthony did terrific.

‘It’s not easy especially after an error that needed sorting out. It’s not easy, that situation.’

Dyche admitted beforehand that Premier League survival had to take priority and made a total of eight changes despite reaching the fifth round for only the second time in his eight-and-a-half years in charge at Turf Moor.

This wasn’t as embarrassing as the defeat to non-league Lincoln City on the last occasion here in 2017, but the circumstances certainly were.

Burnley would probably have been kicked out of the cup even if they had won.

That rarely looked on the cards against slicker, better opponents from the Championship whose other appearance in the quarter-finals of this competition came against Manchester United’s Busby Babes in March 1957 when the club was known as Bournemouth & Boscombe Athletic.

They had several chances before taking the lead in the 21st minute when David Brooks raced into space on the right and fed left-back Jack Stacey on the overlap.

Stacey squared the ball to Sam Surridge who was level with the Burnley defence, and he turned the ball into the roof of the net from close-range. 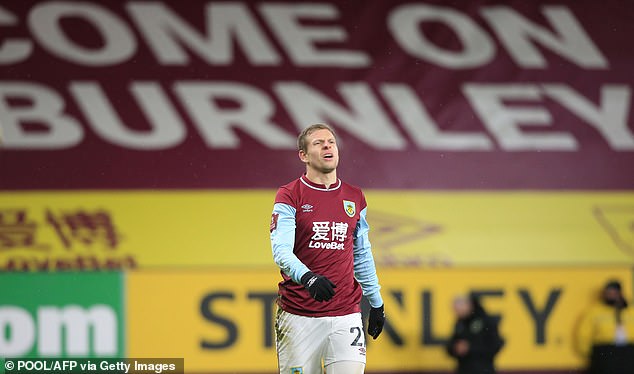 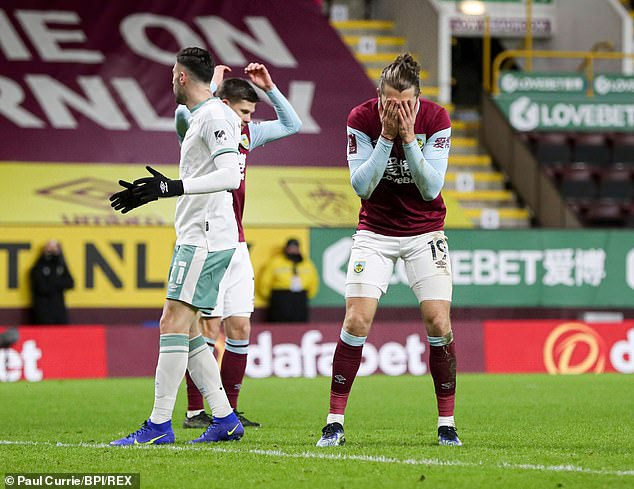 Burnley improved after half-time and Dwight McNeil and Phil Bardsley went close, but Jay Rodriguez was guilty of missing by far their best chance.

It came his way after Matej Vydra fluffed an attempted volley and inadvertently helped the ball on to Rodriguez, unmarked on the edge of the six-yard box. He scooped a first-time effort over the bar with the goal at his mercy.

Bournemouth sealed their place in the final eight late on when Kevin Long brought down Surridge as he burst onto a loose ball in the box. Dyche called it ‘a soft penalty’ but former Burnley man Junior Stanislas capped fine performance by converting emphatically from the spot.

Woodgate has now won both his games in charge since replacing Jason Tindall last week.

‘I have been given that responsibility and I’m loving it,’ he said. ‘We could have been two or three up at half-time.’ 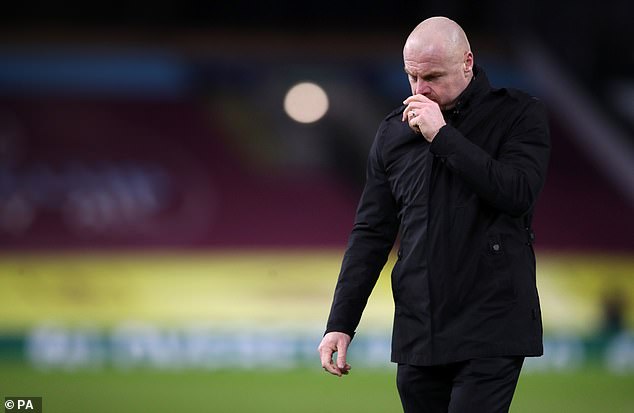