By Jason Mellor For Mailonline

Sean Dyche had hoped the FA Cup might prove a welcome distraction in Burnley’s rapidly disintegrating season, he was sadly mistaken.

His side produced a woeful display, mirroring their struggles in the Premier League as they tamely surrendered a lead to crash out to a Huddersfield side who harbour aspirations of replacing them in the top flight nest season.

Burnley were bereft of ideas, spirit and belief in a performance which will undoubtedly worry their beleaguered manager, who at least was spared the ordeal of having to sit through an abject 90 minutes in person as he isolates at home due to Covid.

They rarely looked likely to build on a first-half opener from Jay Rodriguez, and succumbed to a late fightback to ensure a fruitful trans-Pennine trip for the Championship side.

Josh Koroma levelled with 15 minutes remaining, sweeping home from close range at the far post from an inviting low cross by substitute Sorba Thomas. Nick Pope saved brilliantly from Duane Holmes shortly after, but the England keeper could do little as Matty Pearson headed home an 86th minute Thomas corner to win it.

A century on from their only successful FA Cup campaign, Huddersfield can still dare to dream. Not so Burnley, who were utterly anonymous as an attacking threat for the last hour. James Tarkowski headed wastefully over in stoppage time, but a goal at that late juncture would have merely been papering over the cracks. 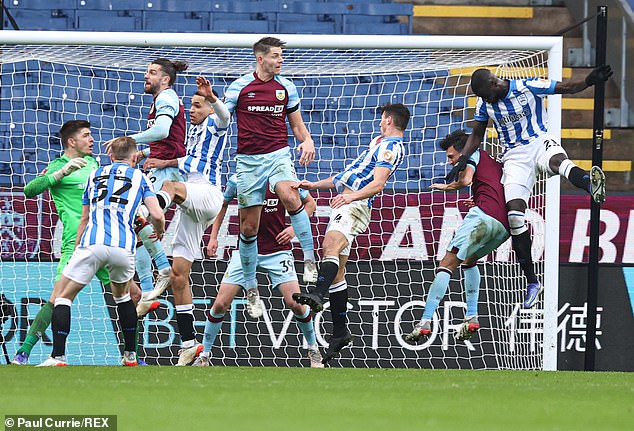 The first murmurings of discontent from a sparse home crowd were beginning to get embarrassingly audible when Huddersfield lifted the pressure on their out of sorts hosts by gifting Burnley’s opening goal just before the half-hour.

There appeared to be little danger from an aimless ball lumped into the area by Ashley Westwood, but as defender Naby Sarr and reserve goalkeeper Ryan Schofield – two of seven Town changes – both abdicated responsibility to clear, Rodriguez nipped in to head the opener from 10 yards, the striker’s first goal since scoring four against Rochdale in the EFL Cup in September.

Rodriguez hasn’t scored a league goal for almost a year, and seven of his last eight appearances on the scoresheet have now arrived in cup competitions 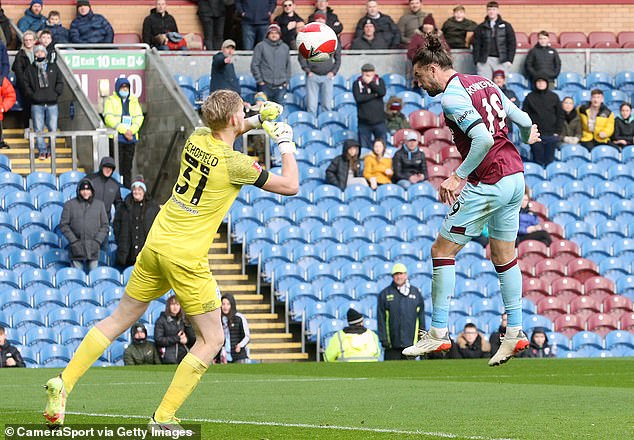 Schofield’s unfortunate afternoon was curtailed soon after, the hapless keeper exiting with a damaged shoulder after coming off worst in a challenge with Chris Wood. Nicholas Bilokapic, the teenage Australian, came on as replacement. Town’s third debutant of the game was a virtual spectator for the rest of the game.

There was precious little other action of note until Huddersfield hit the post in first-half stoppage-time. Pope, one of five Burnley changes, could only watch as Jon Russell’s header from a Danel (correct) Sinani free-kick free-kick crashed back off the upright.

Jonathan Hogg should have tucked away the rebound but the midfielder got himself into an almighty tangle, before Jordan Rhodes’ close-range follow-up was blocked.

Huddersfield continued to grow into the contest after the break. Debutant midfielder Josh Ruffels and Spanish wing-back Pipa both went close from long-range, and Koroma curled a shot just wide from a narrow angle.

Burnley failed to heed the warning as Town struck twice in the last 15 minutes to ensure the Clarets capitulating campaign took its latest turn for the worst. 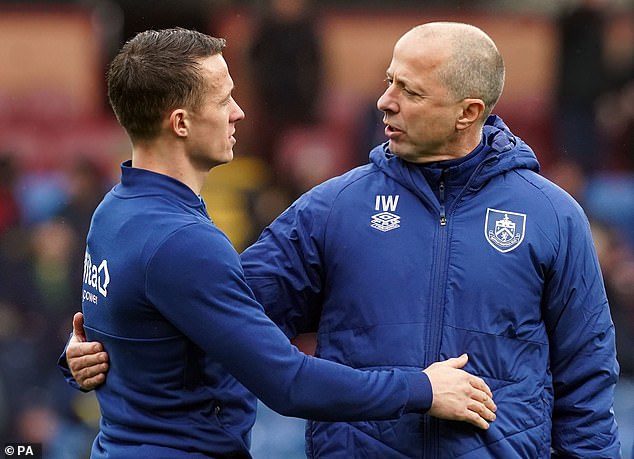 Ian Woan was on the touchline for the Premier League side, with boss Sean Dyche missing