Burnley were left incensed by Silva making the most of contact by goalkeeper Nick Pope to win a penalty for Manchester City last weekend.

A three-man panel of experts — including a former player, manager and referee — reviewed the incident on Monday. They failed to reach a unanimous decision on whether to impose a retrospective two-match ban on the Portuguese.

‘I can’t find anyone who’s that bothered about it, managers, the FA have a very weak rule that covers it but doesn’t cover it,’ Dyche said.

‘Nobody cares. The powers that be don’t seem to be bothered and it goes out to billions of people around the world.’

The FA’s new review system came into force at the beginning of the season. They can look at controversial incidents which gave the attacking team an advantage and Carlisle United’s Shaun Miller became the first player to be punished last week.

‘Without being too pure, if our lads did that, they’d get a little reminder,’ Dyche added. 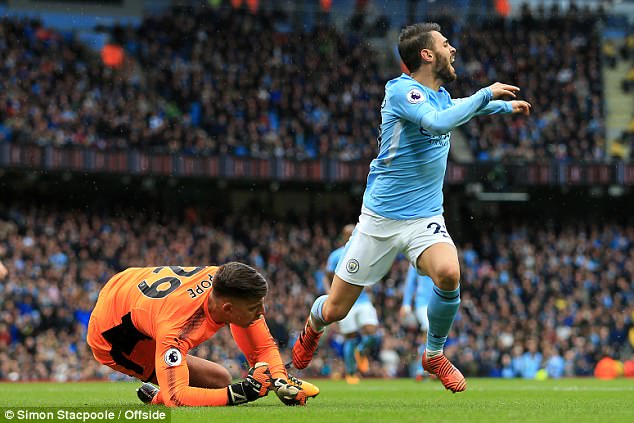 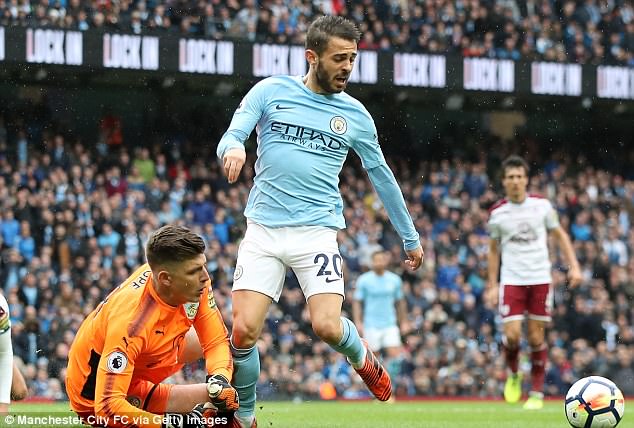 ‘Fans used to care. Remember when Didier Drogba first came over and there was uproar? Fans, pundits, managers were all questioning whether they need to have a word.

‘He became the fantastic player he was but in the initial stage there was uproar, and now you never hear it. Bizarre.‘It has to be looked at for the moral good of the game, 13 stone, athletic, six-foot international footballers get the tiniest touch on their leg and go down? Do me a favour.’