A mother who claimed she was ‘incapable of work’ managed to get £12,000 in single parent benefits despite living with her fiance of five years.

Jodene Newton, 25, claimed her five-year relationship with National Grid worker Colin McLellan wasn’t stable enough to notify the Department for Work and Pensions and denied living with him when questioned.

On her Facebook page she says she has been engaged to him since 2013.

Magistrates in Burnley, Lancashire, were told how Mr McLellan gave the National Grid his address as Padiham, which was Newton’s home, the defendant was his emergency contact and HSBC also had the same address for McLellan and a loan was taken out there.

Prosecutor Tracy Yates told the hearing Newton was in receipt of Universal Credit from February 8, 2016 until July 7, 2017.

She got it on the basis she was a lone parent, incapable of work and had no other income.

Evidence showed she failed to declare a change in circumstances and was maintaining a ‘common household’ with Mr McLellan between August 8, 2016 and July 7, 2017.

Mrs Yates said: ‘When the defendant was interviewed on June 29, 2017, she denied she was living with him.

‘In her second interview, on August 2, 2017, she admitted she had been dishonest in her first interview, saying the relationship was on and off and following arguments he would leave and stay with friends and would return after a few days or a week.’

The prosecutor added Newton, who had a previous conviction for common assault, was overpaid £11, 658,19. 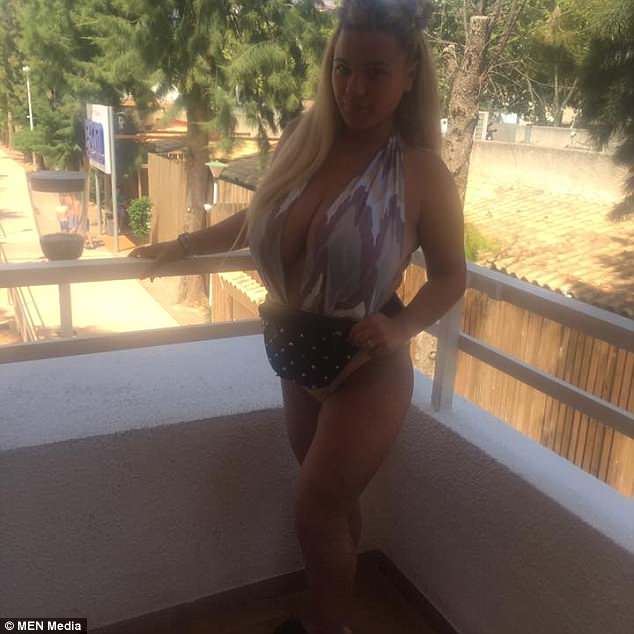 The defendant (pictured) who was fostering a child and worked self-employed making baby castings at the time, was paying back the DWP at £80 a month, the court heard

Laura Heywood, defending Newton, said she had been in a very turbulent relationship, which was on and off.

The solicitor said: ‘She thought that her relationship wasn’t stable enough to notify the DWP.

‘It was that background that led to her failing to notify the benefits agency. It wasn’t a fraud from the outset.

‘Over time, he has gradually stayed more and more.’

Miss Heywood said the defendant, who was fostering a child and worked self-employed making baby castings, was paying back the DWP at £80 a month.

She said: ‘It was a relatively short period as far as benefit fraud is concerned.’

The lawyer added: ‘Mr McLellan is now living there full-time. The benefits agency are fully aware of that. ‘

Newton, of Dorset Avenue, Padiham, Lancashire, admitted dishonesty failing to promptly notify the DWP of a change in circumstances.

She was sentenced to a 12-month community order with 100 hours unpaid work and must pay an £85 victim surcharge.